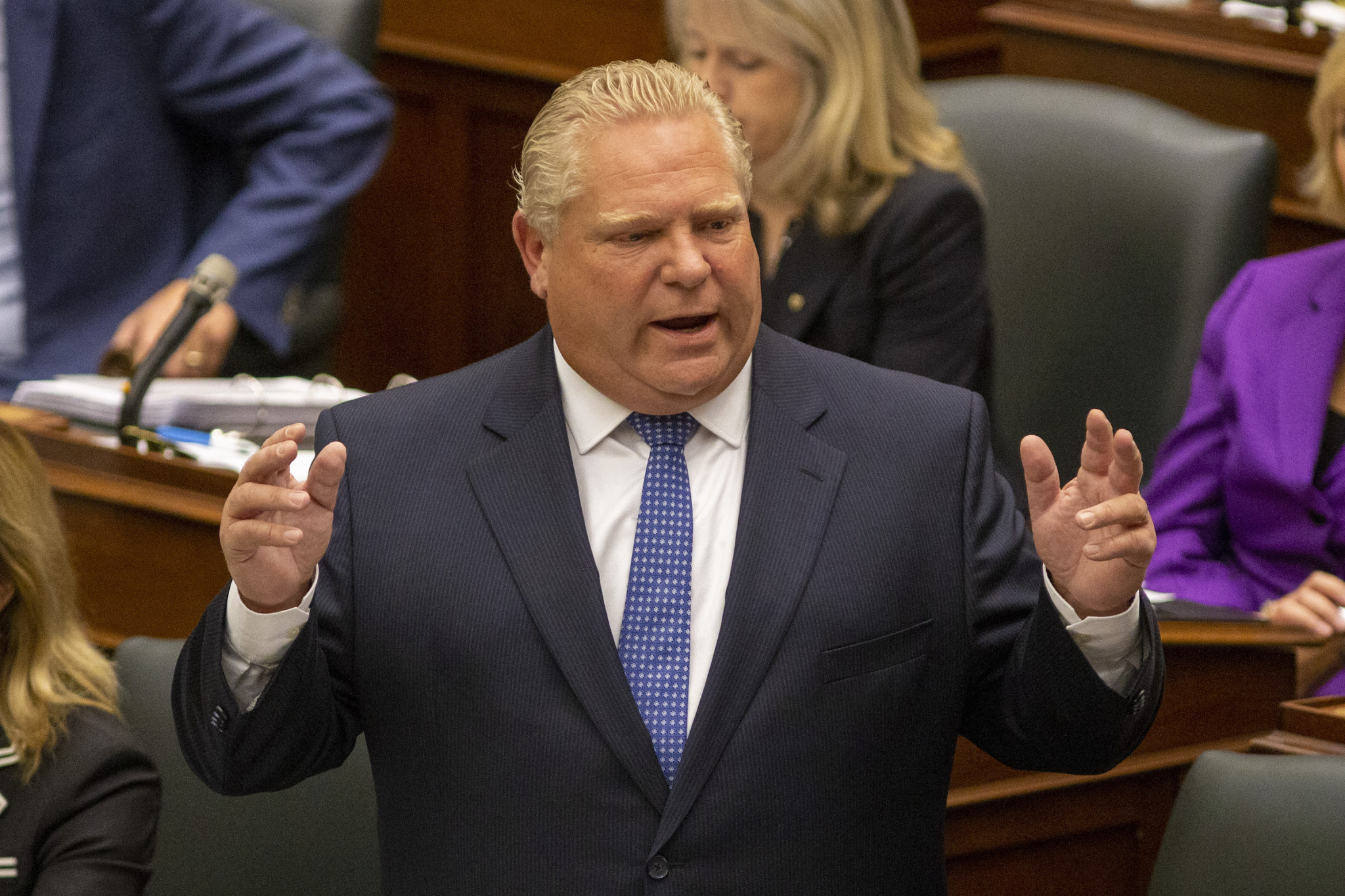 With three months to go until the provincial election, Ontario’s opposition parties are still struggling for an issue that will give them traction against Doug Ford’s government. You’d think the Progressive Conservatives’ embrace of Highway 413 and ham-fisted handling of COVID-19 would be enough, but recent polls continue to suggest Ford is on track for re-election.

After all, if Ford wins in June, Ontario will become the biggest testing ground for the stealth privatization of public health care in Canada. His government already passed a bill in 2020 that stripped away much of the existing legislation governing the home care industry, one the Ontario Nurses’ Association described as “opening the door to more profiteering in-home care, potential conflicts of interests for health-care professionals and a significant loss of public accountability.”

Its ironically named “Fixing Long-Term Care Act,” which received royal assent on Dec. 9, 2021, simply reinforced the model of private care delivery — one that has proven to have disproportionately deadly consequences. “Far from introducing reform, Ontario is enshrining the status quo,” independent health policy journalist Ann Silversides wrote in a Toronto Star op-ed. “The majority of long-term-care licences are being awarded to the for-profit companies that had higher COVID death rates than their non-profit and municipal counterparts.”

Now, Ford plans to use the pandemic and the backlog it created for surgeries and other diagnostic procedures to privatize hospital services. And while he’s been quiet about those plans so far, his proxies in the right-wing political ecosystem are busy softening up the public system for the inevitable attack. In an op-ed for The Hub, Ash Navabi describes Ontario’s “government-run” health-care system as “too sick; too frail... The only prescription is a radical diet of free markets: private hospitals, private accreditation standards, and the end of lockdowns.”

Postmedia and its phalanx of conservative columnists have been more than happy to help here, too. The Edmonton Journal’s David Staples, for example, wrote: “COVID’s reign of terror may not be over, but if there’s any silver lining at least we now can be sure of the culprit driving new lockdowns, a failed and inefficient system when it comes to medical emergencies, one that cries out for radical reform.”

The National Post’s editorial board has also weighed in, arguing: “We cannot expect the problems the pandemic has exposed to be fixed by throwing money at the problem while continuing on with business as usual. We need political parties from across the spectrum to be open to enacting fundamental changes to Canadian health care, and that must include a larger role for the private sector.” You can practically see them rubbing their hands together in delight.

They’re not the only ones. SecondStreet, a new conservative think tank (run by Colin Craig, an alumnus of the Canadian Taxpayers Federation and the Manning Centre), ran a similar poll back in December. It also found a majority of Canadians supported “hiring private health providers to reduce wait times, increasing the choices available to patients and improving accountability in the health-care system.”

But that’s a bit like asking people if they want to have their cake and eat it, too. Recent evidence from the United States shows private health care isn’t the panacea its proponents would like Canadians to believe. Hospitals in Idaho and Alaska had to ration care the way Alberta’s doctors were preparing to in the wake of the “best summer ever” in September, while hospitals in Ohio and Rhode Island postponed surgeries and other non-critical procedures in the face of the Omicron surge. As Dr. Amy Compton-Phillips, the chief of clinical operations at Providence (a private health-care provider with hospitals on the U.S. West Coast) told NPR, “we are bursting at the seams.”

Yes, the United States has more ICU beds per capita than Canada, but this comes at a high cost to Americans — especially those who can’t afford to pay for one. According to a 2020 study published in the Annals of Internal Medicine, “the gap in health administrative spending between the United States and Canada is large and widening, and it apparently reflects the inefficiencies of the U.S. private insurance-based, multi-payer system. The prices that U.S. medical providers charge incorporate a hidden surcharge to cover their costly administrative burden.”

There should also be no question that if Canada had invested the billions of dollars needed to substantially increase our volume of ICU beds, the same people criticizing our system right now for its lack of surge capacity during the pandemic would be describing those extra and unused beds as wasteful in more normal times. The notion we should have built out our ICU capacity and then let the virus rip through the population also ignores the longer-term effects of COVID, which could be considerable.

When the virus finally releases its vice grip on us and our health-care system, we should have a national conversation on what we want that system to do and how it can do better. We should look to Europe, Australia, New Zealand and other comparable countries for examples of best practices and new ideas. But we should also be very skeptical of those who want to use COVID-19 to advance their longstanding desire to privatize the most profitable parts of our public health-care system.

I have some more free advice

I have some more free advice for Steven Del Duca and Andrea Horwath: SMARTEN UP.
Even if temporarily, you must SOMEHOW unite your progressive forces; people have already been voting strategically for years in an attempt to circumvent your persistent and silly narcissism of small differences. NONE of us can bear the thought of having to go backwards at this point; we can SO no longer afford another four years of conservative subterfuge and braying intransigence. PLEASE get your heads out of your derrieres; we're out of time here.

absolutely correct Trish. this is Ontario’s equivalent to “ get rid of Harper” moment. Anyone but Doug. ( and god help us if they dont work for a livable future with their policies)
in Barrie north I am going to vote liberal for the first time because our mayor, Jeff Lehman, as Lib , is the only person able to defeat dickhead anti democrat attorney general Ha ha downey