Chinese airliner crashes with 132 aboard 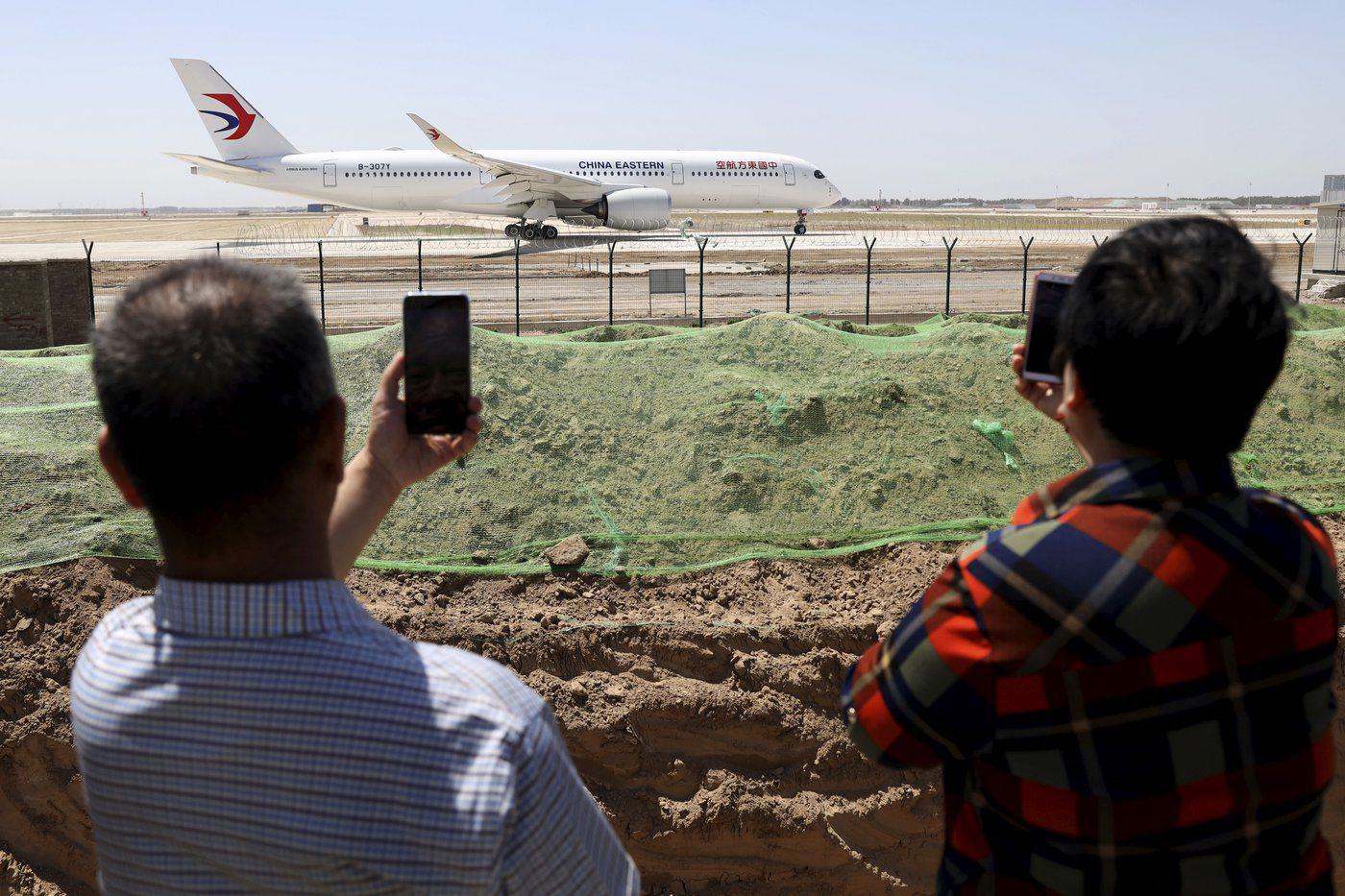 Residents watch as a China Eastern passenger jet prepares to take off on a test flight from the new Beijing Daxing International Airport on Monday, May 13, 2019. (AP Photo/Ng Han Guan, File)
Previous story

A China Eastern Boeing 737-800 with 132 people on board crashed in the southern province of Guangxi on Monday, officials said.

The Civil Aviation Administration of China said in a statement the crash occurred near the city of Wuzhou in Teng county. The flight was traveling from Kunming in the western province of Yunnan to the industrial center of Guangzhou along the east coast, it added.

There was no immediate word on numbers of dead and injured. The plane was carrying 123 passengers and nine crew members, the CAAC said, correcting earlier reports that 133 people had been on board.

Chinese President Xi Jinping called for an “all-out effort” to be made in the rescue operation, for post-crash arrangements to be handled appropriately and potential safety hazards investigated to ensure complete civil aviation flight safety.

People’s Daily reports that 117 rescuers have already arrived at the crash site. Guangxi fire department is organizing 650 rescuers who are heading to the site from three directions.

The CAAC said it had sent a team of officials, and the Guangxi fire service said work was underway to control a mountainside blaze ignited by the crash.

Satellite data from NASA showed a massive fire just in the area of where the plane went down at the time of the crash.

Chicago-based Boeing Co. said it was aware of the initial reports of the crash and was “working to gather more information.” Boeing stock dropped over 8% in pre-market trading early Monday.

Chinese airliner crashes with 132 aboard in country's south. #China

China Eastern's flight No. 5735 had been traveling at around 30,000 feet when suddenly, just after 0620 GMT, the plane entered a deep dive at its cruising altitude speed of 455 knots (523 mph, 842 kph), according to data from flight-tracking website FlightRadar24.com. The data suggests the plane crashed within a minute and a half of whatever went wrong.

The plane stopped transmitting data just southwest of the Chinese city of Wuzhou.

The aircraft was delivered to China Eastern from Boeing in June 2015 and had been flying for more than six years.

Boeing began delivering the 737-800 to customers in 1997 and delivered the last of the series to China Eastern in 2020. It made over 5,200 of the narrow-body aircraft, a popular, single-aisle commuter plane.

The twin-engine, single aisle Boeing 737 is one of the world’s most popular planes for short and medium-haul flights. China Eastern operates multiple versions of the common aircraft, including the 737-800 and the 737 Max.

The deadliest crash involving a Boeing 737-800 came in January 2020, when Iran’s paramilitary Revolutionary Guard accidentally shot down a Ukraine International Airlines flight, killing all 176 people on board.

The 737 Max version was grounded worldwide after two fatal crashes. China’s aviation regulator cleared that plane to return to service late last year, making the country the last major market to do so.

China’s last deadly crash of a civilian jetliner was in 2010.