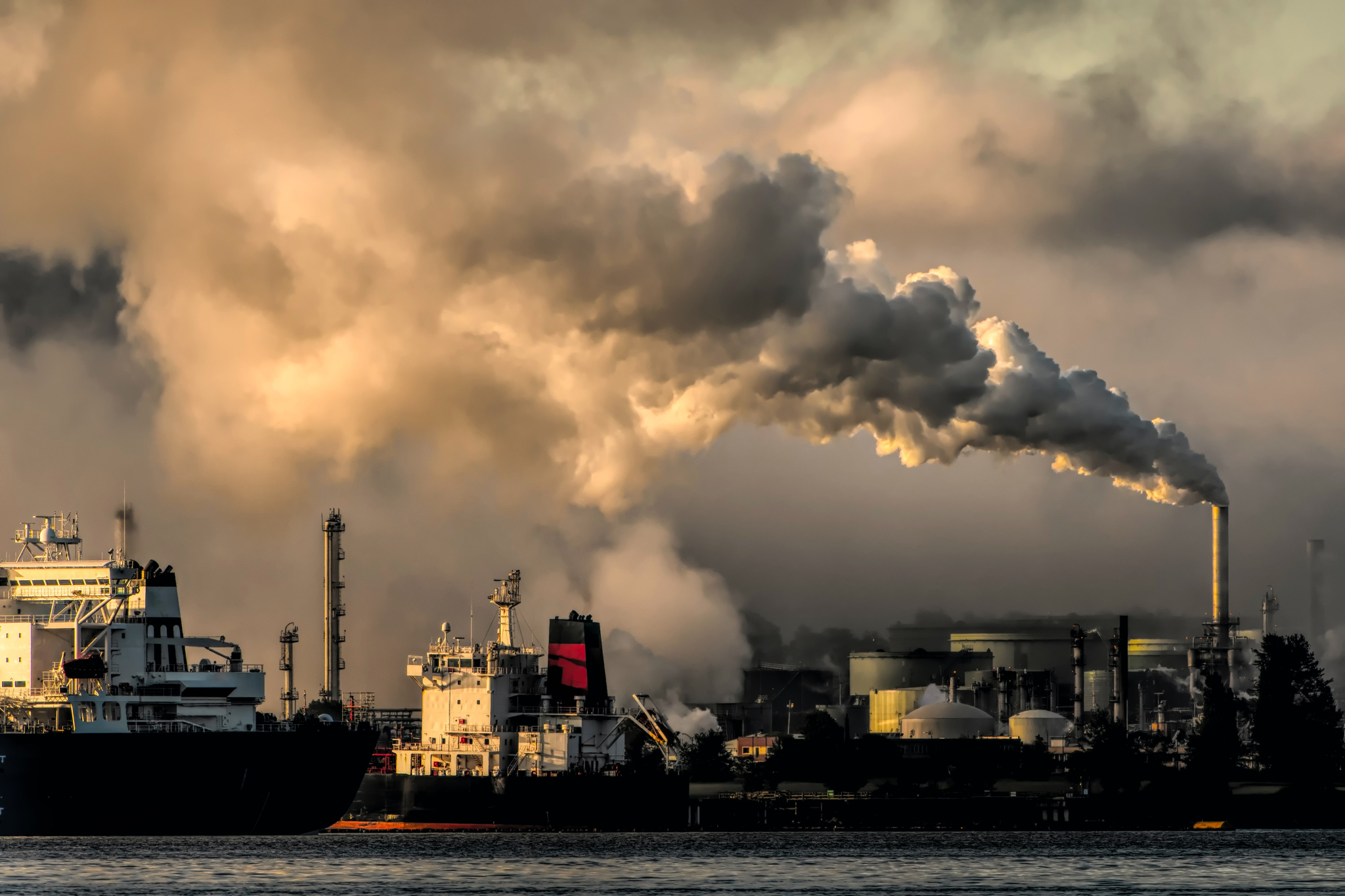 On March 29, the federal government released its long-awaited emissions reduction plan that charts a course for the country to slash greenhouse gas emissions by 40 per cent by 2030. Photo by Chris LeBoutillier / Unsplash
Previous story

Canada’s long-awaited plan to reduce greenhouse gas emissions is not aligned with the country’s fair share and contains problematic funding promises for the oil and gas industry, some politicians say.

Released March 29, the plan charts a path for Canada to reduce its emissions 40 per cent below 2005 levels by 2030 with a sector-by-sector breakdown of where those cuts should be.

The increased oil and gas production forecasted in the emissions reduction roadmap and the federal government’s delay in delivering a decision on a major offshore oil project “(raise) fair questions with respect to the credibility of this plan,” Green Party MP Mike Morrice told Canada’s National Observer.

For each sector, the plan looks at current emissions, what has been done so far, what feedback the government has received and what’s next. It calls on the oil and gas industry — Canada’s most polluting sector — to slash emissions 31 per cent relative to 2005 levels by 2030.

“This plan is not aligned with climate science in terms of our fair share, of getting to 1.5 degrees as the maximum increase in global average temperatures,” said Morrice. “That would be more along the lines of a 60 per cent target by 2030, and it's really squandering precious little time we have left to hold on to a safe climate future for our kids and grandkids.”

While there are promising investments, he said, like almost $460 million in loans for home energy retrofits to low-income households, it’s “difficult to celebrate that when you also see $50 billion in new tax credits to oil and gas companies” for carbon capture utilization and storage (CCUS).

“That completely overshadows any promising investments that are included in real climate solutions,” said Morrice. Over 30,000 Canadians and more than 400 academics agree and have sent letters calling on the federal government and Finance Minister Chrystia Freeland to scrap the proposed CCUS tax credit.

“‘Utilization’ should definitely not be subsidized through a tax credit,” her statement reads. “Raking the bottom of an oilsands field for the profit of big oil shareholders with the help of public funds is irresponsible, even indecent.”

The increased oil and gas production forecasted in the emissions reduction plan and the feds’ delay in delivering a decision on Bay du Nord “(raise) fair questions with respect to the credibility of this plan,” said @MorriceMike. #ERP #cdnpoli

Pauzé also noted the emissions reduction plan points to the International Energy Agency’s (IEA) findings that even a carbon-neutral scenario projects continued use of oil and gas worldwide.

“This convenient statement omits the (IEA’s) recommendations to not pursue any new fossil fuel projects and actively work to decline fossil fuel production. Neither are in this (emissions reduction plan),” Pauzé’s statement reads.

Also lacking from the plan, she said, is a roadmap for green finance, a cap on oil and gas production and “real emissions” and clear language around eliminating fossil fuel subsidies.

The Liberals promised a cap on oil and gas emissions last fall. Environment Minister Steven Guilbeault said the cap will be informed by the emissions reductions plan and oil and gas sector projections and is still undergoing consultations.

I am committed to a real plan that reduces emissions and provides an effective response to climate change.

I understand the real urgency behind the need for a meaningful drop in greenhouse gas emissions.

But we need Ottawa to work with Alberta, not around us. The UCP is MIA. https://t.co/iTkGqM6Ucv

For the transportation sector, it promises to expand the electric vehicle rebate program by $1.7 billion and allocate another $400 million to install charging stations for electric vehicles.

“In terms of oil and gas, there's language in here about supporting workers and skills training and stuff like that, but I'm not sure that's nearly enough,” said Kuttner. “Whenever I see the inclusion of an increase in oil and gas production … I just hear alarm bells.”

In a press release, Laurel Collins, the NDP’s critic for environment and climate change, said the plan “is far from what is needed, both in terms of addressing the climate crisis and protecting workers who are impacted by it.”

She also pointed to comments made last week by Natural Resources Minister Jonathan Wilkinson that Canada could increase oil and gas exports by up to 300,000 barrels per day in 2022 to address supply shortages caused by the crisis in Ukraine.

On March 29, Wilkinson reiterated this stance at a press conference and said: “Canada is going to step up and do what it can to help our European friends and allies. It would be irresponsible for us to do anything other than that.”

The NDP will “be using its power to deliver stronger climate action,” and the upcoming federal budget will be another opportunity for the federal government to show it takes the climate emergency seriously, Collins’ statement reads.

The NDP and Liberals recently struck a deal expected to last until 2025. In exchange for the NDP’s pledge not to bring down the minority government, the Liberals have agreed to work together on shared priorities like dental care, pharmacare and climate action.

The agreement includes no new climate policies beyond what was already outlined in the last federal budget.

Alberta NDP Leader Rachel Notley: "I am committed to a real plan that reduces emissions and provides an effective response to climate change. I understand the real urgency behind the need for a meaningful drop in greenhouse gas emissions."

As premier, Notley failed to commit to a real plan that reduces emissions. Smoke and mirrors. Her credibility on this file is zero.
Memories are short and fallible. It is easy to forget Notley's actual record on climate.
A short history:

Rational Albertans who accept the best available science could reasonably expect that a NDP govt would plan — create a roadmap — for the managed decline of the oil industry and a just transition for workers ASAP.
Notley refused. Instead she became chief cheerleader for pipelines.
Disastrously, Notley led a sizable contingent of progressives to support Big Oil's priorities: low royalties, new pipelines, and a "climate plan" that sabotages Canada's climate efforts. None of these notions carried any sway among progressives before 2015. Notley threw billions of tax dollars in subsidies at the O&G industry. And threw environmentalists under the bus. Notley's NDP relentlessly attacked climate activists and pipeline opponents.

After the Federal Court 2018 ruling on TMX, Notley pulled her support for a national "floor price" on carbon. Undermining NDP credibility on climate by hinging her support for a federal carbon tax in exchange for pipelines.
Notley: "Until the federal government gets its act together, Alberta is pulling out of the federal climate plan. And let's be clear, without Alberta, that plan isn't worth the paper it's written on."
Tzeporah Berman: "The courts ruled in favour of indigenous rights and acknowledged the risk to the dwindling Orca population and so Notley … pulls out of the climate plan? What?! We are going to acknowledge indigenous rights and protect the whales? Well screw the climate then."

Under the AB NDP's climate

Under the AB NDP's climate plan, the oilsands industry's grossly under-reported emissions would rise for decades, sabotaging Canada's climate action. Its nominal goal was to "roughly stabilize emissions, by 2030, just above current levels", not reduce them.
Notley's plan was to build new export pipelines — the Trans Mtn expansion — underpinning indefinite oilsands expansion. Notley had no plan to bend the curve on AB oil production, or initiate a "just transition" for oil workers, much less get AB off oil.
Under the NDP "climate plan", AB's emissions would more likely go up, not down.
*
"Absent further action, Alberta's emissions are currently on a trajectory to grow from 267 MT in 2013, to 297 MT in 2020, and to 320 MT in 2030. Our policy architecture is expected to reduce emissions from current trends by approximately 20 Mt by 2020, and approximately 50 Mt by 2030. This would roughly stabilize emissions, by 2030, just above current levels (sc 2013) at approximately 270 Mt.
"Many will look at these emissions reductions and claim that our policies will not place AB on a trajectory consistent with global 2o C goals, and in some sense this is true – the policies proposed for Alberta in this document would not, if applied in all jurisdictions in the world, lead to global goals being accomplished."
"Climate Leadership Report to Minister", 2015

Seth Klein: "The Notley government released its climate plan with great fanfare in November 2015. It included the introduction of a carbon tax and a commitment to phase out coal-fired electricity by 2030. At the same time, it permitted a 40 PER CENT INCREASE IN OILSANDS EMISSIONS. Notley was keen to appease the fossil fuel corporations, and she relentlessly pursued new bitumen pipeline capacity."
"Can the Alberta NDP tell a new climate story?" (April 3, 2021)
https://www.sethklein.ca/blog/can-the-alberta-ndp-tell-a-new-climate-story

Notley's climate policies excluded the only rational sane responses to our global emergency — reduce emissions and stop expanding fossil fuel infrastructure.
Notley's oil-soaked "pragmatism" foundered on delusion and denial. Notley, Horgan, Trudeau, & Big Oil are betting that the world will fail to take real climate action in time. They are betting on climate disaster. The only scenario in which oilsands expansion makes sense.
Doubling down on fossil fuel infrastructure locks us into a fossil fuel future and sabotages Canada's climate targets for decades.

Alberta's drive for fossil fuel growth is irrevocable. There is no redemption. No going back. No path from oilsands expansion to lower emissions and Canada's climate targets. No tweaks of NDP policy could get us to where we need to go.
You don't build pipelines and new oilsands projects only to run them for a decade. Oilsands infrastructure, including pipelines, takes decades to recoup its costs.

"Without the federal plan, or

"Without the federal plan, or with increased prices and/or production, there is no date in sight for when we might expect AB's emissions to actually go down. The sad reality is that neither the NDP nor the UCP have produced a credible and implementable plan to meaningfully reduce AB's total emissions over the short- to medium-term, let alone bring us anywhere close to meeting our share of Canada's commitments under the Paris Agreement."
Ricardo Acuña, "Will Any Party in Alberta Support the Notion that We're Killing the Earth?" (VueWeekly, Sep 19, 2018)
• http://www.vueweekly.com/will-any-party-in-alberta-support-the-notion-th...

Geoffrey, you're a thoughtful

Geoffrey, you're a thoughtful, always-amazing critic. Thank you.

ALBERTA NDP LEADER RACHEL NOTLEY -- "I am committed to a real plan that reduces emissions and provides an effective response to climate change. I understand the real urgency behind the need for a meaningful drop in greenhouse gas emissions. But we need Ottawa to work with Alberta, not around us."

That's amazing! The last time we heard from her about tar sands emissions, she was negotiating an allowable 43 per cent increase in them. Now that the Liberals are working on (they say) a 42 per cent decrease, she's feeling frowsy and wants another kick at the can.