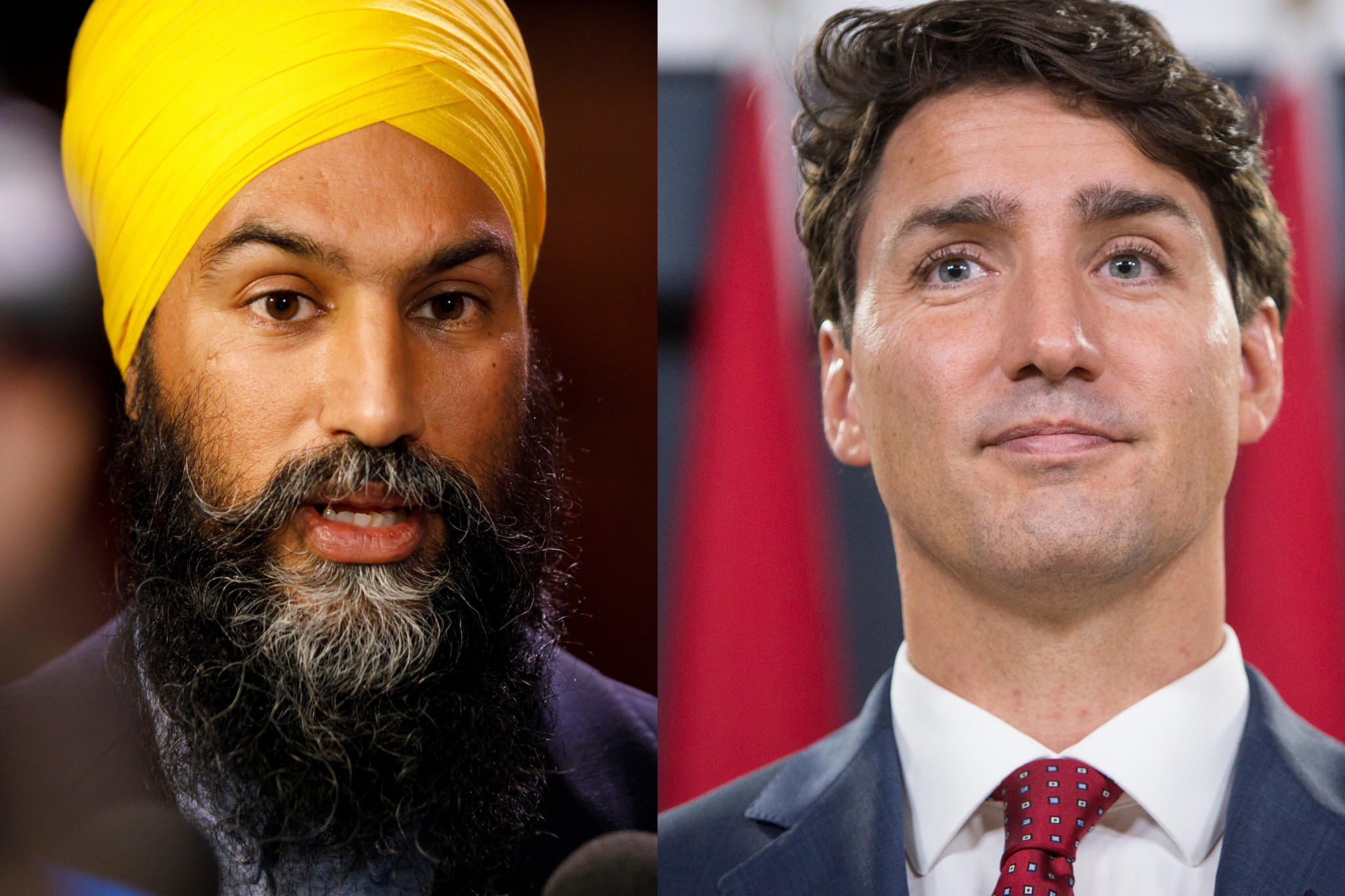 A new agreement between the federal NDP and the Liberal government promises political stability until 2025, which will be key for climate action despite its underwhelming commitments, political scientists say.

On March 22, Prime Minister Justin Trudeau announced the Liberals had struck a deal with the federal NDP to govern until 2025, with the NDP agreeing to back the Liberals on confidence votes and budgets in exchange for action on dental and pharmacare, affordability and climate change, among other items.

“It's an important and positive step … we're more likely to get sustained action on climate change to the degree that we can build a robust, stable consensus within Parliament,” Maxwell Cameron, a professor of political science at the University of British Columbia, told Canada’s National Observer.

The agreement references climate actions that will be prioritized, including just transition legislation, the creation of a Clean Jobs Training Centre to support workers, home energy-efficiency programs, a phaseout of public financing for the fossil fuel sector and “measures to achieve significant emissions reductions by 2030 compared to 2005 levels.”

Green MP Mike Morrice told Canada’s National Observer he’s glad to see parliamentarians working together on the shared interests of Canadians and the potential for progress on dental and pharmacare, but noted the climate priorities in the agreement contain “very little, if anything” beyond the Liberals’ election commitments.

“In order to hold on to the possibility of (limiting global warming to) 1.5 C and follow the science on climate, we're going to need to do far more still,” said Morrice, citing things like the quick elimination of fossil fuel subsidies, ending new pipeline development, rejecting the proposed Bay du Nord offshore oil project and an immediate move towards renewable sources of energy.

He noted that whenever there is a confidence vote now, “all Liberal and NDP MPs will need to fall into line, and if we look at the Emergencies Act and vote as a recent example, there's a concern with how that could be used.”

Overall, Morrice said the agreement is “a step in the right direction, at least to ensure that parliamentarians take their jobs seriously and find a way to work together.”

Liberal MP Terry Duguid, parliamentary secretary to Environment and Climate Change Minister Steven Guilbeault, said this stability is going to be very important for hitting the federal government’s target of cutting greenhouse gas emissions 40 to 45 per cent below 2005 levels by 2030.

When it comes to alleviating and adapting to climate change, “I see a lot of co-operation on the climate front,” said Duguid. “And just speaking personally, there's no light between myself and many of my NDP colleagues from Manitoba on the need for serious climate action.”

A deal struck between the federal NDP and the Liberal government will provide the political stability needed for climate action despite its underwhelming climate commitments, political scientists say. #cdnpoli #ClimateChange

Right now, the federal government has a lot of policies in the works, including new regulations on oil and gas emissions, methane emissions, zero-emission vehicles, a clean electricity standard and the soon-to-be-announced emissions reduction plan, Kathryn Harrison, a professor of political science at the University of British Columbia, told Canada’s National Observer.

A stable Parliament will allow those policy developments to proceed, which “is really important at this moment in Canadian climate policy,” Harrison said.

Though the cross-party collaboration is welcome, Harrison says the language of the agreement has “no teeth.”

For three of the five climate priorities, the agreement references “moving forward,” and without clear deadlines, that kind of language “doesn't give the NDP any leverage,” she said.

“These negotiations might call the NDP bluff in the 2021 election where they promised deeper (emissions) cuts but waffled on the Trans Mountain pipeline,” Harrison added. “They didn't bring forward a plan that could credibly meet their targets, and that didn't put them in a strong negotiating position.”

It also remains to be seen what this agreement means for the implementation of the Canadian Net-Zero Emissions Accountability Act, she said.

When the Liberals bring forward their emissions reduction plan at the end of the month, opposition parties like the NDP, Bloc Québécois and Green Party will hold them to account and ask tough questions about the Liberals’ projections and timelines.

“One vague concern that I have is that the NDP have weakened their position in their ability to credibly push for more because they have signed off on supporting the government's climate initiatives without getting anything more,” said Harrison.

“They can ask questions, and presumably they will. But they no longer have a credible threat to pull the plug on the government on climate as long as it delivers on the measures that are in the confidence-and-supply agreement.”

In a press release, Climate Action Network Canada reiterated the importance of political stability and cross-party co-operation to speed up climate action in Canada, but emphasized the Liberal and NDP commitments fall short of Canada’s fair share of the global effort to limit warming to 1.5 C.

The release calls on the NDP to “use its increased presence at the table to expand its political imagination and push for more visionary climate action that meets the scale of the emergency.”

To meet climate goals, rich countries like Canada must end oil and gas production by 2034: report

"a phaseout of public

"a phaseout of public financing for the fossil fuel sector"

The Liberals do not consider billions of dollars of taxpayer support for O&G industry clean-up and reclamation (inactive and orphan oil wells, oilsands mines, tailings ponds) and emissions reduction (carbon capture (CCS), SMRs, blue hydrogen) to be subsidies.
Of course, relieving companies of the obligation to clean-up and reduce emissions goes straight to the bottom line, reducing costs and boosting profits. Making production more profitable, not less.
Perpetuating Canada's O&G industry. The Liberals propose to "green" fossil fuels — not get off them. Fossil fuels for longer. More emissions, not less. CCS keeps us dependent on fossil fuels — not a transformative solution.
The Liberals are banking on oilsands expansion and new markets. According to the Liberals, the path to energy transition runs through a massive spike in fossil-fuel combustion and emissions. Complete disconnect from the science — and reality.

For his part, Singh refuses to commit to stopping the TMX pipeline project, which Trudeau purchased with our tax dollars. Taxpayers are on the hook for ballooning costs. Price tag: $21.4 billion and rising.
The NDP has joined the Liberals in Canada's plan to fail.

That Green guy said “all

That Green guy said “all Liberal and NDP MPs will need to fall into line, and if we look at the Emergencies Act and vote as a recent example, there's a concern with how that could be used.”
Ummm . . . would invoking the Emergencies Act be a confidence vote? Most votes that don't involve spending money aren't.

I do suspect the NDP won't be

I do suspect the NDP won't be able in this agreement, maybe even won't have the will in the first place, to push as hard as we need on climate issues. But I'm not sure there's an alternative scenario that would have got us any more. Frankly, what we need is not to be waiting for visionary politicians who mostly don't exist, even in the Green party. What we need is tens of thousands of people in the streets making those convoy dorks look like the tiny fringe they are.

Meanwhile, I'll be pleased if the dental and pharmacare actually materialize. That would be a real win and Singh would merit some kudos for it.

Best thing to happen since

Best thing to happen since sliced bread! A stable progressive citizen vs budget cuts government, longer term social development instead of a daily war zone. A parliamentary democracy government that will actually have compromise instead of my way or the highway. And lastly, hoorah, no Conservative Neoliberal cost cutting, business promoting party as government for at least 3 and hopefully 7 years. Can't imagine Polliere as PM . And I hope Kenney, Moe, Johannson and Ford are spitting nails