Canada’s emissions fell in 2020, but don’t pop the champagne just yet 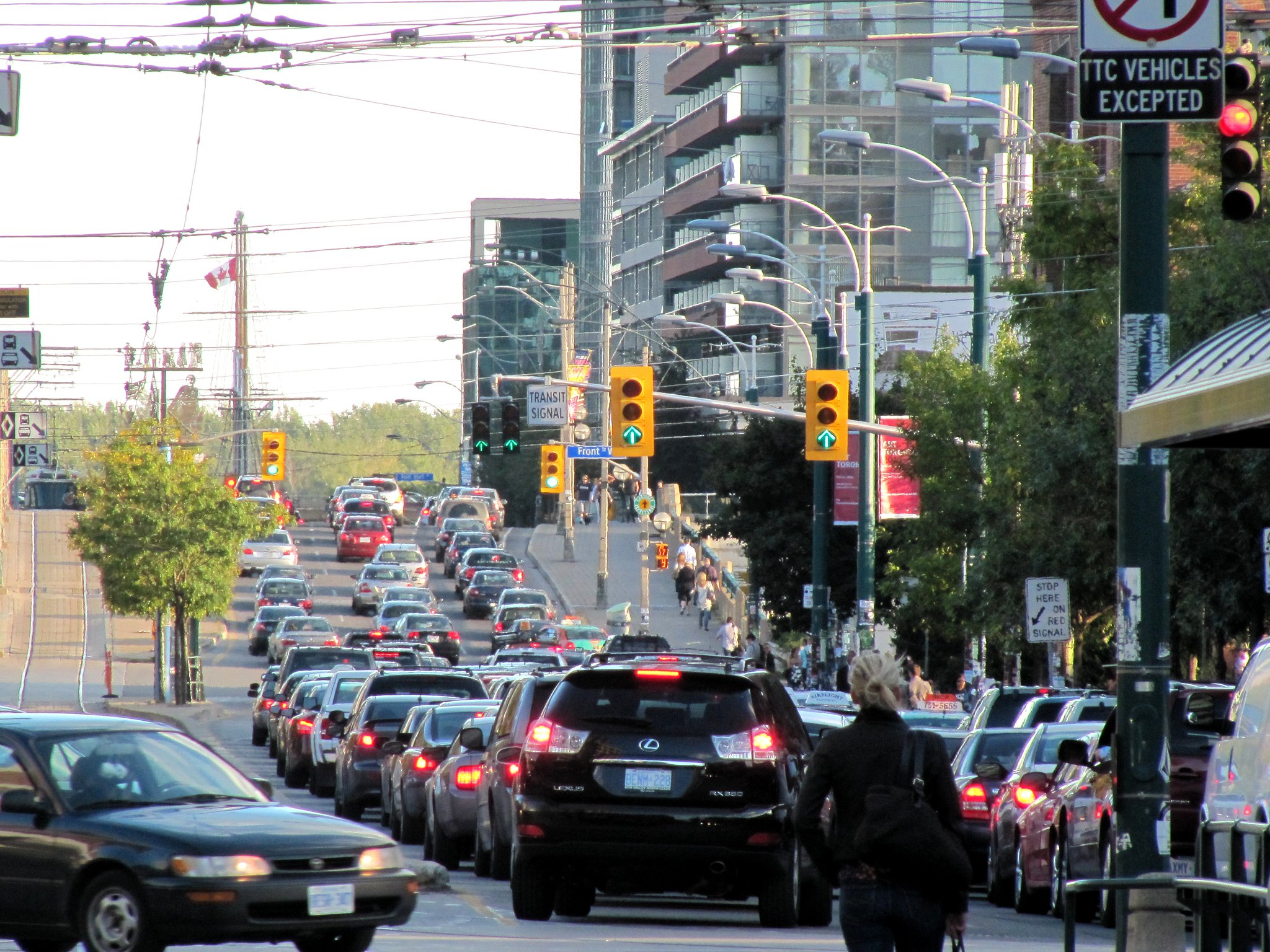 Canada’s total greenhouse gas emissions dropped by 66 megatonnes in 2020, 27 of which came from the transportation sector, according to the 2022 National Inventory Report. Photo by James Schwartz / Flickr (CC BY 2.0)
Previous story
Next story

Canada cut its greenhouse gas emissions by nine per cent in 2020, but whether that is indicative of a long-term trend or merely a product of the COVID-19 pandemic remains to be seen.

“We need to obviously see continued implementation and evidence that this year was not a blip,” said Simon Dyer, deputy executive director of the Pembina Institute. “The federal government is not in a position to celebrate yet.”

Lockdowns during the first year of the pandemic put the brakes on the Canadian economy and limited travel, meaning Canada’s emissions will most likely increase as the economy bounces back.

On April 14, Environment and Climate Change Canada submitted its 2020 National Inventory Report (NIR) on emissions to the United Nations. Although it remains to be seen how much of the nine per cent reduction “represent(s) turning the corner on Canada's emissions trajectory” versus pandemic anomaly, Dyer said the report illustrates the effectiveness of decarbonizing transportation.

It revealed Canada’s total greenhouse gas emissions dropped by 66 megatonnes in 2020, 27 of which came from the transportation sector. Canada’s new climate plan mandates 20 per cent of all new light-duty vehicle sales must be zero-emission vehicles (ZEVs) by 2026, and ZEVs must make up 60 per cent by 2030. The plan also extends ZEV purchase incentives and allocates more funds for charging infrastructure.

The report shows “Canada is moving in the right direction,” Environment Minister Steven Guilbeault said in a media statement. In 2020, total emissions were 672 megatonnes compared to 738 megatonnes in 2019, a differential Guilbeault said is "equivalent to taking 20 million cars off the road.”

“Canada is showing the world how we can do more while polluting less,” his statement said. “As Canada’s economy has grown, the emission intensity of the entire economy has declined by 39 per cent since 1990 and is continuing on this same trajectory.”

While this is true, Dyer said the atmosphere doesn’t care about emissions intensity — it cares about absolute emissions.

“Canada does not have a leadership record in terms of reducing absolute emissions,” he said.

In fact, Canada is one of four countries in the Organization for Economic Co-operation and Development (OECD) whose emissions have increased from 2010 to 2019, according to analysis from Canada’s National Observer columnist Barry Saxifrage. He calculated Canada has the third highest per-person emissions of the OECD countries as of 2019 and has done less to address this than other high per-capita emitters.

The transportation sector accounted for 27 of Canada's 66 Mt GHG reduction in 2020, the National Inventory Report found. Although this was caused by the pandemic and associated lockdowns, @SimonJDyer says it shows the power of electrifying transport.

“Canada is one of the worst emitters any way you slice it,” said Hadrian Mertins-Kirkwood, a senior researcher with the Canadian Centre for Policy Alternatives. “The findings of the new NIR don't suggest we're responding with appropriate urgency.

“The problem with celebrating reduced emissions intensity is that we're not seeing a big drop in absolute emissions, which is what matters for climate change mitigation,” he said.

Mertins-Kirkwood said an example of this is the oil and gas industry saying it’s reducing "per barrel" emissions while continuing to increase production.

This year’s NIR included some revised figures, in part thanks to better estimates of methane emissions — a potent greenhouse gas with huge potential to limit global warming if tackled in the near future. The 2019 numbers were increased by eight megatonnes to account for these changes in methodology after independent studies revealed Canada underreports methane emissions. One such study from 2021 found fugitive methane emissions were 1.5 times higher than Canada's official inventory indicates.

The NIR explains that between 2019 and 2020, oil and gas emissions decreased by 12 per cent, “coinciding with federal regulations to reduce methane emissions from the upstream oil and gas industry and equivalent provincial regulations in Saskatchewan, Alberta and British Columbia.”

However, correlation does not necessarily mean causation, cautions David Risk, a professor of earth sciences at St. Francis Xavier University in Nova Scotia and head of its FluxLab, which led the 2021 study. While methane regulations are reducing emissions to some extent, there could be other factors at play, such as effects from the pandemic or variations in how provinces are reporting back to the federal government, said Risk.

Canada has signed a Global Methane Pledge and set a national target of reducing methane emissions from oil and gas by 2030 relative to 2012 levels, but to achieve this, we need better measurements, he said.

Because the NIR has a lag time of two years, it will be difficult to use as a policy or regulation benchmark for the country’s short-term methane emission reduction goals, he said. If we rely on it to achieve the 75 per cent reduction, “we'll be fishing around and we won't know exactly whether we're focusing on the right things at the right time,” said Risk. The best way to figure out if regulations and reduction strategies are working is to take measurements instead of relying on estimates, he said.

“If Canada spent $10 (million or) $20 million a year on measurement, it would really help justify the billions that's being moved towards these cleantech sectors,” said Risk.

Right now, B.C. is the only province requiring oil and gas operators to measure the rate of methane emissions and has made the data public.

While it’s important to “hold the federal government’s feet to the fire,” provinces and territories also have a responsibility to reduce emissions, and their inaction is “really undermining Canada's progress,” said Dyer.

He pointed to Alberta, which still does not have an emissions reduction target or a credible climate plan and saw emissions increase more than eight per cent from 2005 to 2020.

“We need to keep the focus on those large-emitting provinces and keep asking the question: Why is the shared obligation not being taken seriously?”

Days when I’m worn thin by the climate crisis, I try to recall the joy of Yves and Céline’s farm

How much carbon tax is there

How much carbon tax is there on transport of goods leaving Canadian seaports, as well as planes taking off from Canadian airports?
And how much carbon expenditure is attributed to forest fires and destruction of forests' capacity for carbon consumption and oxygen production (two related but separate calculations) ?

And are those included in Canada's calculations?

Anyone living in a city during 2020 will be very clear that there were virtually no vehicles on the road for most of the year, and that while there doesn't appear to be as much traffic now as there was during 2019, summer hasn't arrived yet.