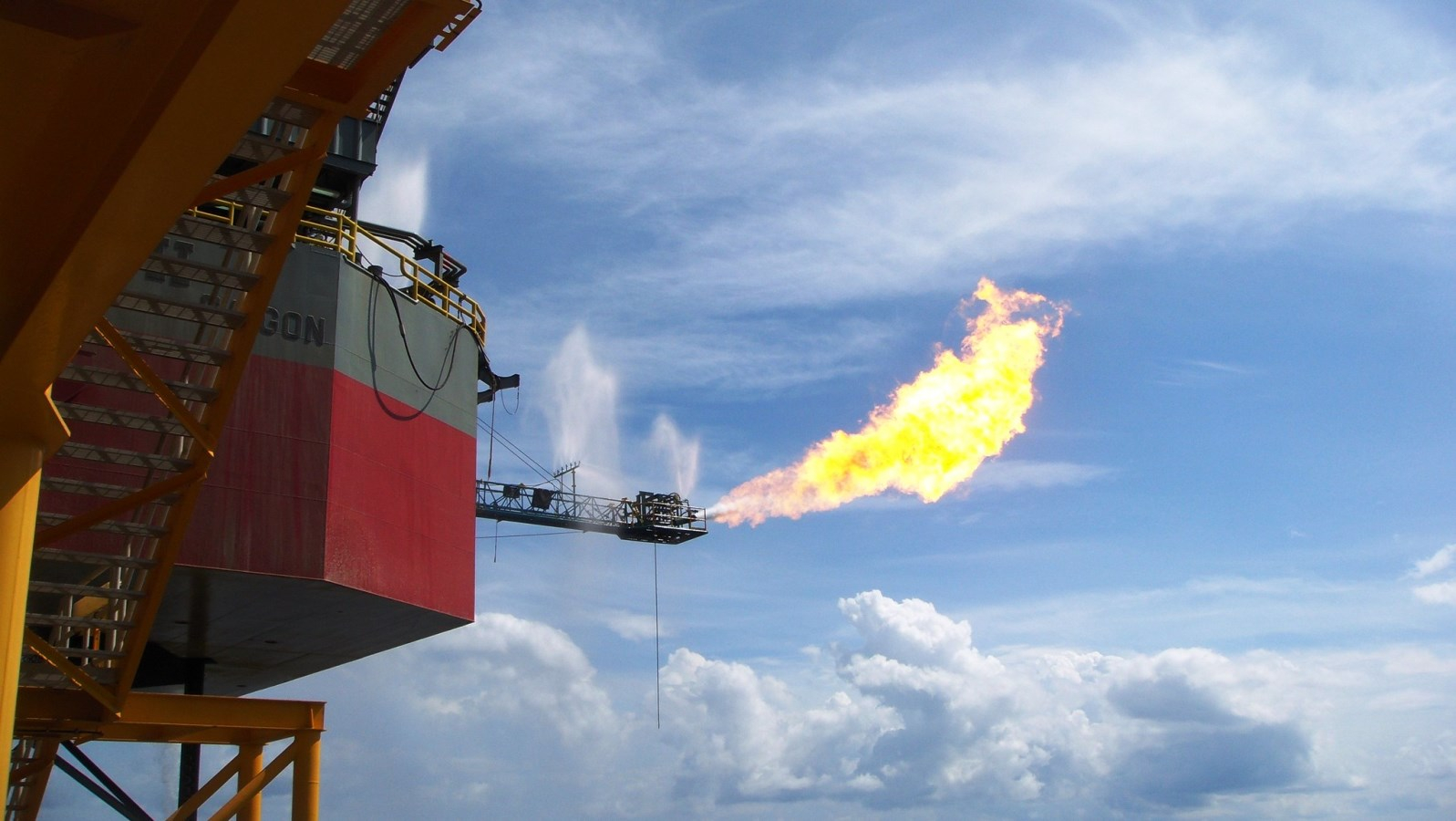 Intentional and unintentional leaks of methane from fossil fuel drilling sites has contributed to the rise in greenhouse gas emissions. Photo by Ken Doerr / Flickr (CC BY 2.0)
Previous story
Next story

Slashing methane emissions is vital to tackling the climate crisis and rapidly curbing the extreme weather already hitting people across the world today, according to a new UN report.

In 2020 there was a record rise in the amount of the powerful greenhouse gas emitted by the fossil fuel industry, cattle and rotting waste. Cutting it is the strongest action available to slow global heating in the near term, Inger Andersen, the UN’s environment chief, said.

The report found that methane emissions could be almost halved by 2030 using existing technology and at reasonable cost. A significant proportion of the actions would actually make money, such as capturing methane gas leaks at fossil fuel sites.

Achieving the cuts would avoid nearly 0.3 C of global heating by 2045 and keep the world on track for the Paris climate agreement’s goal of limiting global temperature rise to 1.5C. Methane cuts also immediately reduce air pollution and would prevent many premature deaths and lost crops.

Methane is 84 times more powerful in trapping heat than carbon dioxide over a 20-year period and has caused about 30 per cent of global heating to date. But it breaks down in the atmosphere within about a decade, unlike CO2, which remains in the air for centuries.

Cutting carbon emissions remains essential in ending the climate emergency, but some experts liken reducing CO2 in the air to the slow process of stopping a supertanker, whereas lowering methane is like cutting the engine on a speedboat and bringing it to a rapid halt.

Prof. Drew Shindell, at Duke University, who led the UN report, said: “We’re seeing so many aspects of climate change manifest themselves in the real world faster than our projections,” such as increasing heat waves, wildfires, droughts and intense storms. “We don’t have a lot we can do about that, other than this powerful lever on near-term climate of reducing methane. We should do this for the well-being of everybody on the planet over the next 20 to 30 years.”

“Methane emissions are increasing faster now than at any time in nearly 40 years of the observational record,” he said. “Despite COVID … methane shot upwards — it’s going in the wrong direction very, very rapidly.”

The surge is partly due to the increased use of fossil fuels, especially gas produced by fracking, Shindell said, and probably more emissions from wetlands as they heat up.

Fossil fuels, cattle and rotting waste produce #methane, a greenhouse gas responsible for 30 per cent of global heating. Cutting it is the strongest action available to slow global heating in the near term, the UN's environment chief says.

Andersen said: “Cutting methane is the strongest lever we have to slow climate change over the next 25 years. We need international co-operation to urgently reduce methane emissions as much as possible this decade.”

The report produced by the UN and the Climate and Clean Air Coalition found that 42 per cent of human-caused methane emissions come from agriculture, mostly from burping livestock, its manure, and paddy fields. Intentional and unintentional leaks of methane from fossil fuel drilling sites, coal mines and pipelines produce 36 per cent of the total and waste dumps cause another 18 per cent.

The report found feasible and cost-effective methane cuts of 60 per cent could be made from fossil fuel operations by stopping the venting of unwanted gas and properly sealing equipment. Waste sites could cut about 35 per cent by reducing the organic waste sent to landfill sites and through better sewage treatment.

The estimated methane cuts from agriculture by 2030 were lower at 25 per cent. “You can change the feed to cows and the way you manage the herds, but these things are fairly small,” said Shindell. “You could make very great inroads into methane emissions by dietary change (eating less meat), but we are just not that sure how quickly that will happen.”

Other measures not specifically targeting methane can still cut emissions of the gas, the report said, such as reducing the demand for fossil gas by increasing renewable energy and energy efficiency, and wasting less food.

The report is the first to include the health and other benefits of cutting methane. The gas causes ground-level ozone pollution and a cut of 45 per cent by 2030 would prevent 260,000 early deaths a year, the report said. More than 13,000 of those would be in the U.S. and 4,200 in the U.K. Ozone also damages crops and the methane cut would prevent 25 million tonnes of wheat, rice, maize and soy being lost annually.

“Seldom in the world of climate change action is there a solution so stuffed with win-wins,” said Prof. Dave Reay, at the University of Edinburgh, who was not part of the report team. A recent scientific study concluded that methane cuts can also “reduce the likelihood of passing climate tipping points.”

World leaders including Emmanuel Macron, Vladimir Putin, Alberto Fernández of Argentina and Nguyen Xuan Phuc of Vietnam all called for cuts in methane emissions at the Leaders Summit on Climate hosted by the U.S. in April. Shortly after, Joe Biden moved to reinstate limits on emissions from oil and gas fields that had been cancelled by Donald Trump.

Jonathan Banks, at the U.S.-based Clean Air Task Force, said: “We desperately need a win on climate change and methane abatement provides an opportunity for a real near-term win. Lately all we’ve been doing is slamming our heads against the wall — society can’t keep doing that for forever.”