In a bitter winter, Afghans struggle to stay warm 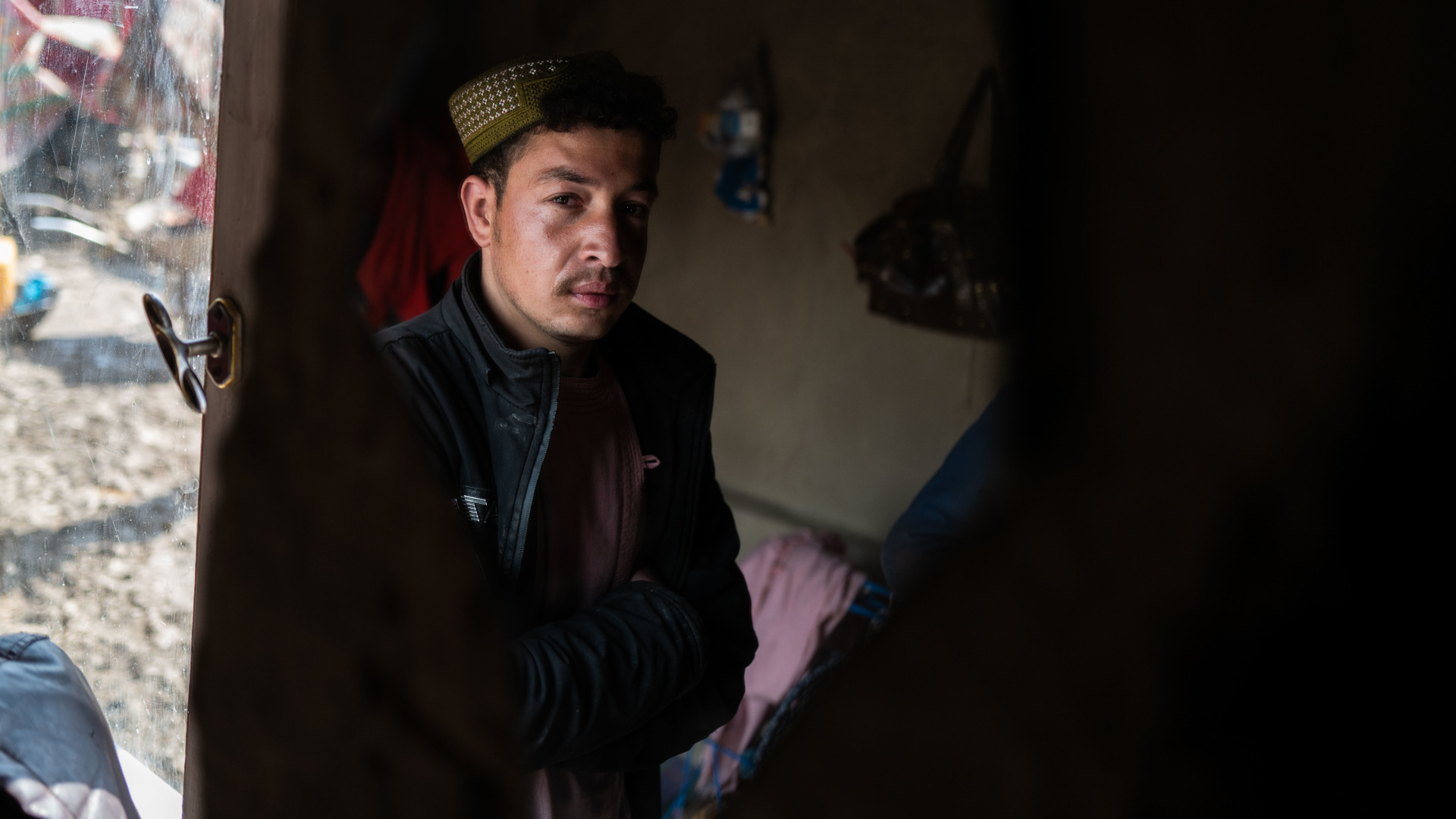 Salim Khan and his family live in the Charahi Qambar Camp for internally displaced people on the western edge of Kabul. Two of his children, five months old and 18 months old, have serious breathing issues. Photo by Kern Hendricks/Undark
Previous story

Shazia is only five months old, but she already has the cough of a heavy smoker. Near her crib, in a mud-brick room in a camp for displaced people in western Kabul, sits a line of medicine bottles. The labels are torn and faded: amoxicillin, paracetamol, cefixime, cough syrup. Most are empty. The air has the acrid tinge of plastic, and the corner of a shopping bag protrudes from a small stove in the corner of the room.

“All the children are ill,” he says, speaking through a translator. His youngest daughter has a bad cough, and his 18-month-old son has serious breathing issues too. These issues, he says, are “caused by this plastic smoke.”

Khan’s family is one of roughly 1,200, he says, who live in the Charahi Qambar Camp for internally displaced people, or IDPs, on the western edge of the Afghan capital. Although many of the families have been there for years, widespread fighting in 2021 spurred a fresh influx. According to the United Nations Office for the Coordination of Humanitarian Affairs, 736,900 Afghans were internally displaced in 2021, many ending up in camps like this one.

Life is hard in the Charahi Qambar Camp. At the tail end of winter, nighttime temperatures can drop to freezing, and the winding alleyways between houses turn into a mud bog. Even as rooms and walls collapse due to melting snow, families huddle around the metal stoves that feature in nearly every home. But keeping warm is not as simple as throwing another log on the fire.

A typical bundle of firewood, weighing around 15 pounds, costs the equivalent of just a few dollars. For families teetering on the edge — a 2021 United Nations Development Program report indicated that 97 per cent of Afghans may face abject poverty by the middle of 2022 — even this price can be out of reach. Work is scarce, and Afghan families are often large; it’s not uncommon for a single breadwinner to support 10 or more people, from newborn babies to elderly grandparents.

The most immediate dangers of the stoves are clear: Each winter, hospitals treat numerous patients with severe — and often preventable — burns from curtains that caught alight or stoves that were left unattended overnight.

Families like Khan’s also face health issues from breathing in smoke from burning plastic and other materials. Burning plastics release toxic compounds including phthalates and dioxins. Phthalates have been linked with multiple health issues, from insulin resistance to various reproductive issues, and infants and children may be especially vulnerable. And according to the World Health Organization, dioxins are also linked to problems with reproductive health, as well as issues with the immune, developing nervous, and endocrine systems. Even Afghan families who can afford to buy firewood are still at risk, as scientific research has increasingly shown that wood smoke can be damaging to human health.

Many families in #Afghanistan can’t afford to buy firewood and coal. Instead, they burn whatever they can find. #ClimateChange #Pollution #AirQuality #Plastics

Since conflicts reached a head last summer, many non-governmental organizations are again delivering food, cash, and medical aid to Afghanistan. But Khan, who relies on sporadic labouring jobs to earn a meagre income for his family, says that many in the camp have largely been left to fend for themselves when it comes to heating their homes. No one has given them help for firewood, he says, even though it was one of the biggest problems this winter. “On the radio, we heard that NGOs are giving cash to people, but so far they didn’t give us any cash,” he adds. “Just a small amount of food, which is not enough.”

In 2021, nearly three-quarters of a million Afghans were displaced inside the country, many ending up in camps.

For a family with six young children, an accidental fire brings even more hardship.

While wood and coal sellers struggle to make ends meet, the price of fuel is too steep for those living in poverty.

This story was supported by the Pulitzer Center.