Let’s have an adult conversation about abortion 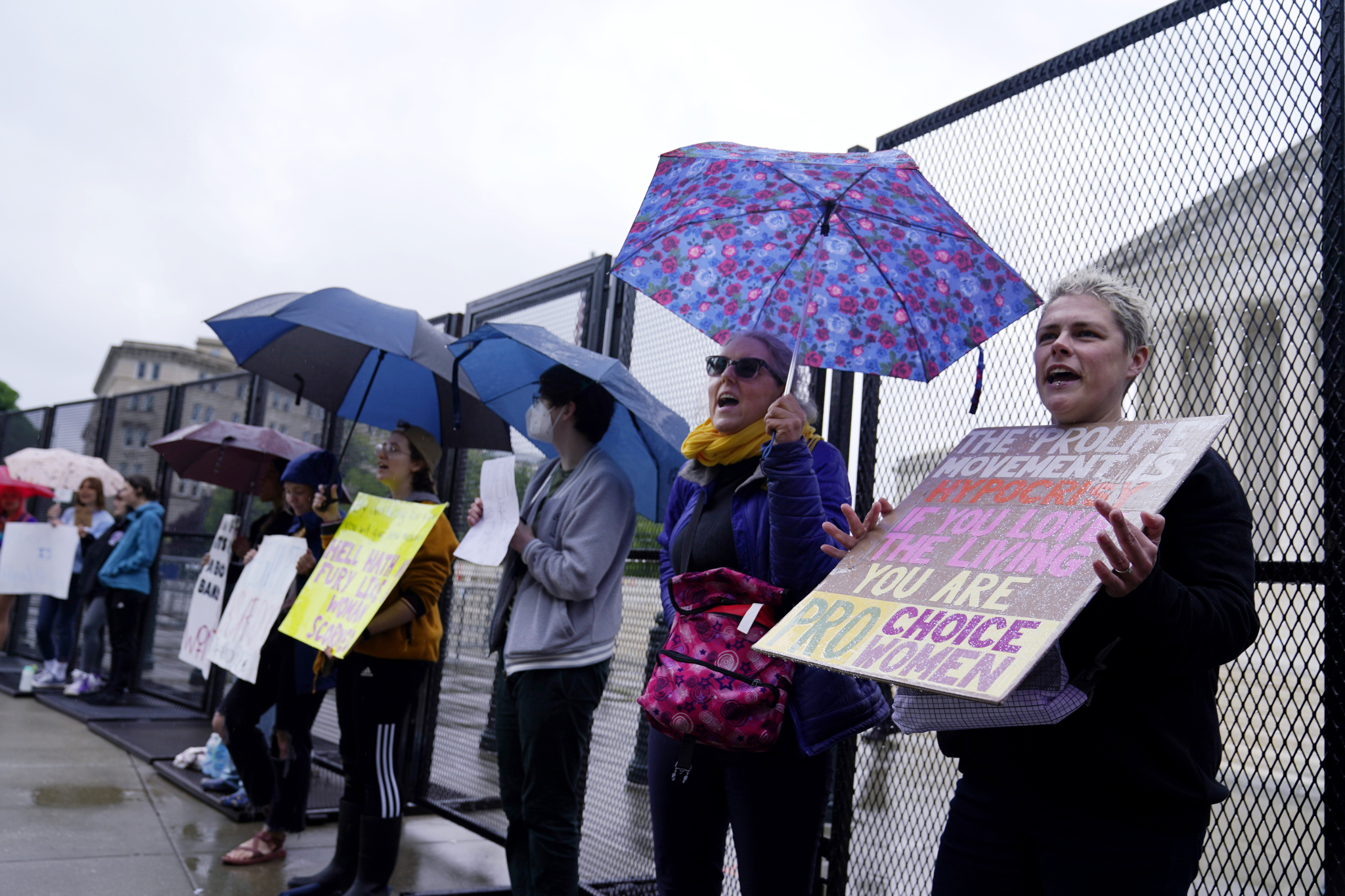 Women protest outside the U.S. Supreme Court on Friday, May 6, 2022, in Washington, D.C. Photo via The Canadian Press/AP/Mariam Zuhaib
Previous story
Next story

When it comes to the whole Roe v. Wade controversy, one group of voices is conspicuously absent: the men who wanted, needed and relied on their partner’s freedom to end a pregnancy by choice. It’s time for them to speak up, too.

While women don’t need men telling them what to do with their own bodies, it would certainly help if the millions of guys who’ve personally benefited from their freedom would say so.

Apart from the emotional responsibility of parenthood, raising a child costs the average American family almost $250,000, not including post-secondary education. That’s a lot of lettuce. The men whose futures were secured by women exercising their reproductive rights should step up to defend them now because that bill just came due.

Meanwhile, can we get real for just a minute and talk about sex and pregnancy as if we’re adult humans with real life experience and not children reading about it in books?

Because for most people, almost all of the time, sex isn’t a solemn, sober act sanctified by an old bearded guy in the clouds (which is extremely weird, if you think about it). Nor, most of the time, is it violent, non-consensual or incestuous.

Sex is natural, highly entertaining, healthy and fun. We are biologically coded to reproduce by means of a nearly irresistible sex drive that, especially (though not exclusively) for the young, is a rollicking good time. We take to it like ducks to water, and for exactly the same reason: the survival of our species.

Biology can twist us into pretzels, just for the hell of it. That’s human nature. What’s also human nature is that it takes constant effort and vigilance to stop our bodies from accidentally reproducing. Surprising no one, abortion is primarily needed and sought by young women.

Abortion is an extremely common procedure. In America, it’s more common than knee replacement surgery. Roughly 18 per cent of American pregnancies — just under 900,000 — are terminated every year. According to the data, about one woman in four will terminate a pregnancy before the age of 45.

Opinion: Can we get real for just a minute and talk about sex and pregnancy as if we’re adult humans with real life experience, @Garossino writes for @NatObserver on #RoeVWade. #AbortionRightsAreHumanRights

That’s twice as high as her risk of developing breast cancer in her lifetime. Almost 75 per cent of terminations are for young women under 30, and almost 90 per cent occur within the first 12 weeks of gestation.

We don't realize how common this procedure is because women have been shamed into hiding it.

And then there’s the cost. Just do the math. Eliminating 900,000 terminations multiplied by child-rearing costs of $250,000 adds up to over $200 billion in lifetime financial obligations each and every year, foisted mainly onto young people with no hope of paying for it. Translation: a huge part of that cost will fall to the taxpayer.

Which, if memory serves, is you.

And forget about adoption. There are over six times more abortions than adoptions every year in the United States. If jurisdictions were able to ban abortions instead of criminalizing them, their child welfare systems would collapse. And who gets hurt the most? Kids. Who’s speaking up for them?

We have to stop with the shame and emotion-laden rhetoric. Sex is natural and healthy. Accidents happen. Those who make mistakes deserve understanding, support and a second chance. Society relies on these second chances far more than most of us realize.

And then there’s this. The Christian right, which pretends to love freedom, has no interest in it for anyone else. They want power. Power over our government, power over women and power over all of us.

All of us, whether in Canada or the United States, have a role to play in preventing zealots from hijacking our democratic institutions.

Our ability to enjoy sexuality and control our reproduction is a gift of grace brought to all humanity.

I am not a Christian and I do

I am not a Christian and I do not belong to any religious group whatsoever so do not subscribe to the old man in the sky and a fluffy, joyful hereafter up among the skies. I am not against abortion but do think people need to make responsible decisions both before and after conception. Use birth control, prevent unwanted pregnancies before they begin and yes if you must have an abortion but do not think that because you can have sex with no forethought to what may result that there are not consequences to your choices. Why should men depend on women to bear the consequences of unprotected sex. Men, if they are so concerned about the financial burden of children ( which most mothers bear also) should use male contraception choices. I am fed up with a world where people think they should do whatever they choose and yet are not willing to live with the result. . Grow up everyone and live responsibly. As far as we know this is the only life and planet you get.

Both this comment and the article largely ignore the moral and ethical responsibility of creating a new life by conceiving a child. If a couple decides not to do this, for moral, ethical, financial or climate disaster reasons (or likely some combination of these) then society should not penalize them for enjoying conjugal sex if there is an accidental conception. It is their choice as to what to do next.
As for people who jointly conceive while purely pursuing hedonistic pleasure, the responsibility, as this comment notes, is theirs, but the consequences fall much more severely on unattached females, so the burden of decision should rest primarily with them. In neither case, should the decision rest with religious bigots!

This is an old, old

This is an old, old conversation that I wish we could “put to bed”, pardon the pun. Thought it was done with years ago. I remember 50 years ago a college of mine asking an anti abortion person if they would be interested in helping out some of the many, many young mothers who were struggling with unwanted children. Struggling with lack of education, jobs, financial support, housing support, medical concerns etc. etc. NOT OUR CONCERN was the response, end of conversation. THAT says it all!! And still they are walking around with their signs. Grrrr…….cheerio Susan, from salt spring island