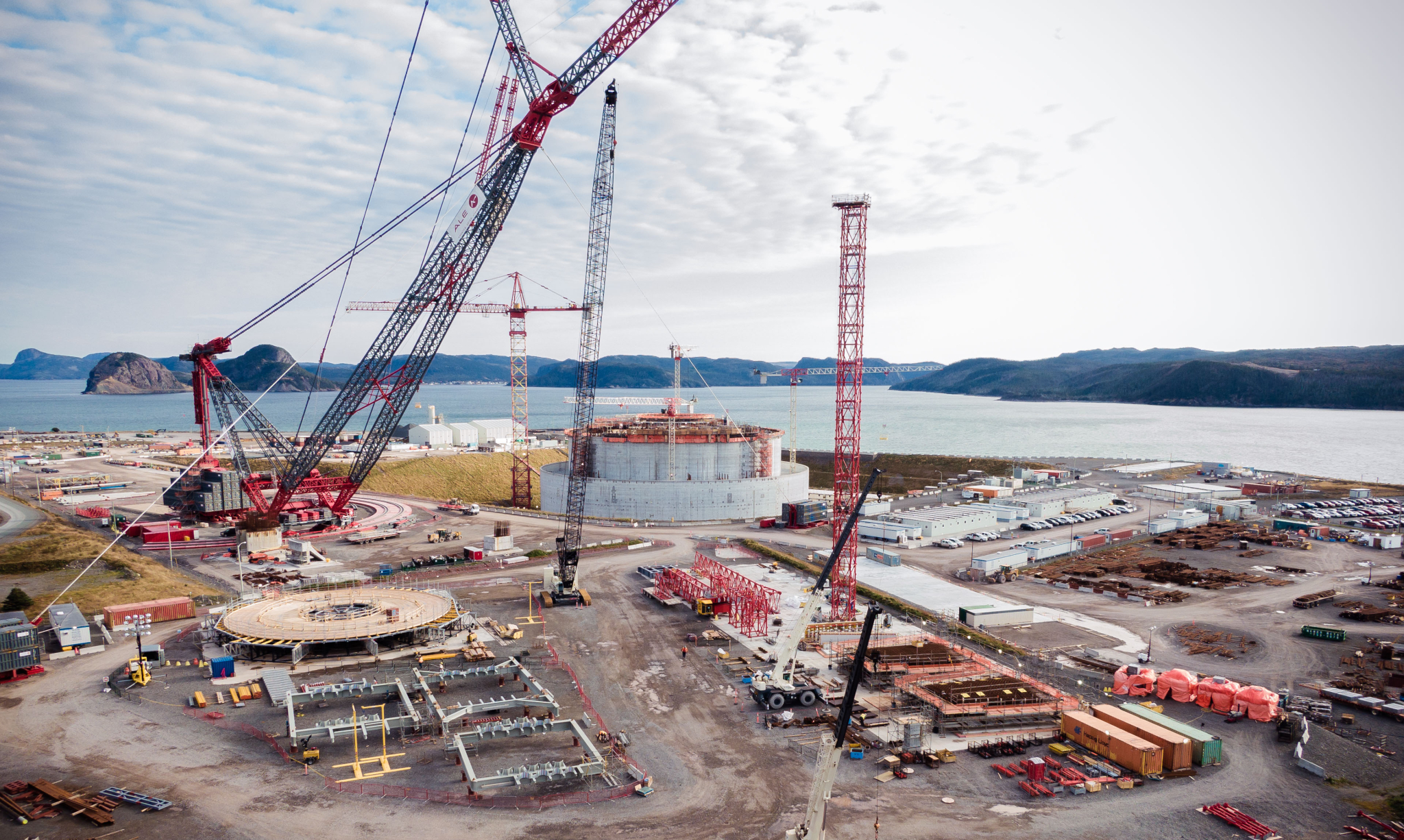 Construction of the West White Rose project was halted in 2020 due to a pandemic plunge in oil prices. Photo courtesy of Pennecon
Previous story

Construction on a paused offshore oil project in Newfoundland is again a go, Alberta-based Cenovus Energy announced Tuesday. The company, which acquired majority owner Husky in 2020, said a new royalty system in the province, along with plans to make the project “net-zero” by 2050, make it a worthwhile venture.

The West White Rose offshore oil project (WWRP), about 350 kilometres east of Newfoundland and Labrador in the Jeanne d’Arc Basin, will drill down 120 metres. The $3.2-billion expansion of the existing White Rose oilfield, which has been operating since 2005, will extend its lifespan by 14 years.

Set to be online by 2026, the project is 65 per cent complete, the company said. At its peak, West White Rose will produce about 80,000 barrels per day.

In a statement to Canada’s National Observer, Cenovus said although it is concerned about the climate crisis, oil and natural gas “will continue to be part of the energy mix for many years to come.” The project follows April’s federal approval of deepwater oil project Bay du Nord, which is also being touted as a net-zero project.

“We have a target to reduce our absolute emissions by year-end 2035, and, along with our Oil Sands Pathways to Net Zero Alliance peers, an ambition to achieve net-zero by 2050,” the statement read.

“Producing oil with zero emissions should make Canada the desired source for consumers.”

However, the evidence is clear — there is no such thing as fossil fuels without planet-warming greenhouse gas emissions, and approving any new expansions or projects contradicts climate goals set out by Canada.

Even if companies could make their products without any emissions, which so far none have, all oil and gas produce emissions when burned. Companies can make net-zero claims by excluding so-called Scope 3, or tailpipe emissions, and using controversial carbon offsets to make the production process “net-zero.” The lion’s share of emissions from any project, no matter how clean it is during the production stage, are released when oil is burned. If oil is exported, its emissions are counted in whatever country uses it.

“The concepts of green oil and net-zero emissions are nothing more than industry propaganda. All further oil development is opposed to our climate targets,” he said.

Although Cenovus says it will achieve net-zero by 2050, the evidence is clear — there is no such thing as fossil fuels without planet-warming greenhouse gas emissions. #WestWhiteRose #OffshoreDrilling #NL #ClimateCrisis

“This net-zero greenwashing completely avoids the vast majority of the emissions from this oil, and even oil companies’ plans for that little lack credibility.”

The benefits agreement for WWRP includes royalty fees for the province per barrel of oil produced. This week, Andrew Furey, premier of Newfoundland and Labrador, announced N.L.’s new royalty regime and touted the project as a way to create 1,500 direct and indirect jobs through construction and 250 permanent positions.

The new framework means the province will make more if oil trades at a higher price, but when lower, it will make less.

As Cenovus put it: “... This is a large capital commitment and the royalty framework ensures we are able to protect returns at lower commodity prices, while allowing the province to realize some additional upside at higher prices. The main change to the royalty framework is it provides for lower royalties when prices are low, with royalties increasing when prices rise.”

Curtis likens this to a fossil fuel subsidy.

“The provincial government continues its long history of financial mismanagement by selling out the climate futures of our world and that of N.L.’s own communities for very little benefit. Let me be clear, these companies do not care if their projects end up as economic dead-ends, which is what the world’s experts are saying will be these projects’ fate,” he said.

“They are fine with local communities and ecosystems picking up the bill and they don’t care if we lose more communities to wildfires or see them erode before rising seas. They do not care if fisheries collapse because of warming oceans.”