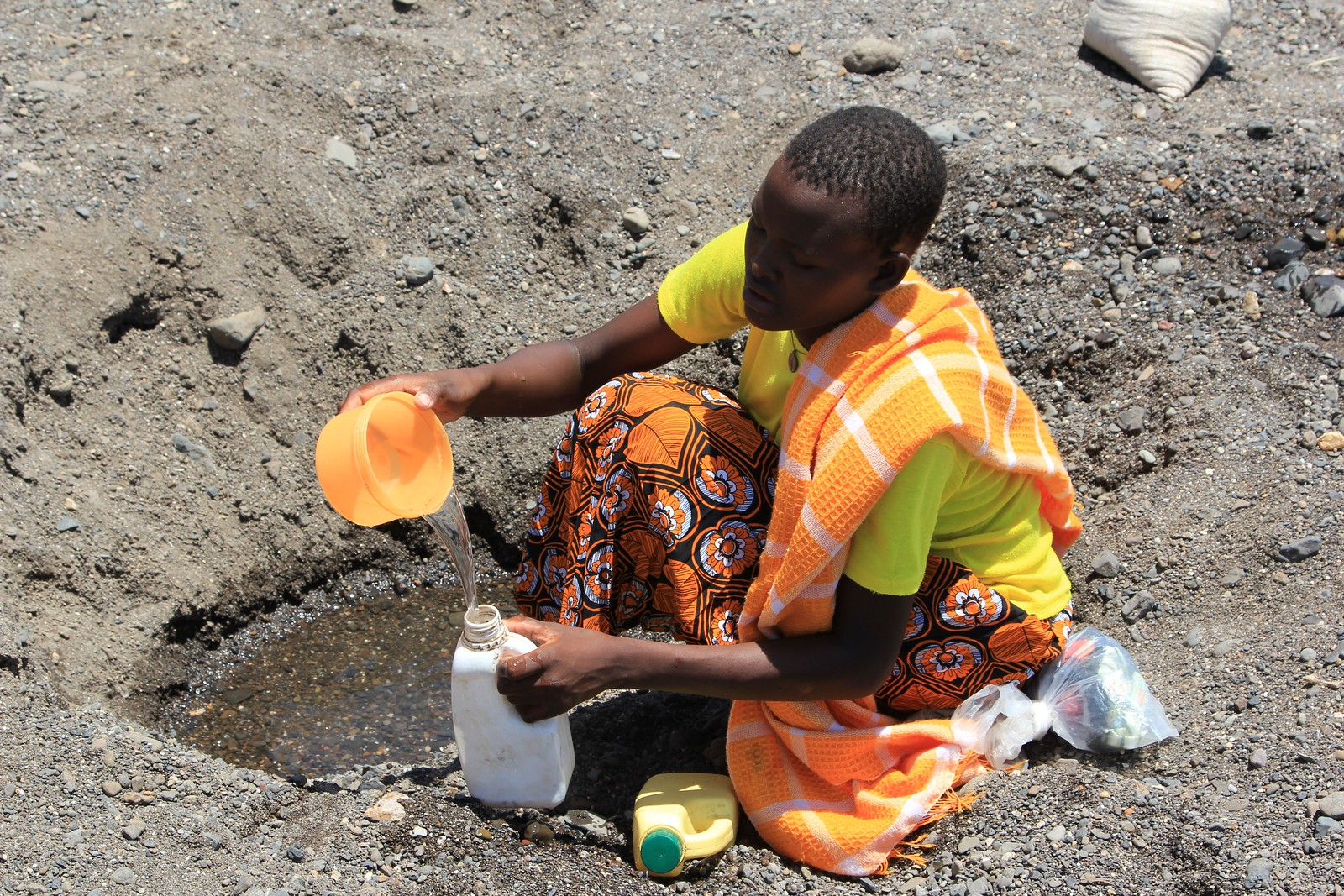 A woman scoops water in a dry riverbed near Kataboi village in remote Turkana in northern Kenya. Photo by DFID - UK Department for International Development/ Flickr (CC BY 2.0)
Previous story

The funding needed by UN climate disaster appeals has soared by more than 800 per cent in 20 years as global heating takes hold. But only about half of it is being met by rich countries, according to a new report by Oxfam.

Last year was the third-costliest on record for extreme weather events such as droughts, floods and wildfires with total economic costs estimated at $329 billion, nearly double the total aid given by donor nations.

While poor countries appealed for $63 billion to $75 billion in emergency humanitarian aid over the last five years, they only received $35 billion to $42 billion, leaving a shortfall that Oxfam condemned as “piecemeal and painfully inadequate.”

As diplomats sat down in Bonn last week for the first session of climate talks on “loss and damage” — costs related to all climate destruction — Danny Sriskandarajah, Oxfam GB’s chief executive, described the finance gap as “unacceptable.”

He said: “Rich countries are not only failing to provide sufficient humanitarian aid when weather-related disasters hit. They are also failing to keep their promise to provide $100 billion a year to help developing countries adapt to the changing climate, and blocking calls for finance to help them recover from impacts such as land that’s become unfarmable and infrastructure that’s been damaged.

“Wealthy countries like the U.K. need to take full responsibility for the harm their emissions are causing and provide new funding for loss and damage caused by climate change in the poorest countries.”

Campaigners point out that the U.K. actually cut aid to climate disaster-struck countries before last autumn’s COP26 conference in Glasgow. Rich nations blocked attempts at COP to set up a financial mechanism to cover claims for loss and damage, an issue that will resurface in the Bonn talks.

The United Nations Framework Convention on Climate Change chief Patricia Espinosa said last Monday that the time had come to address the loss and damage issue “in an open, constructive and respectful manner.”

COP president Alok Sharma declined to comment but a British government spokesperson said: “COP26 marked a significant advance in action on loss and damage. We look forward to this momentum being maintained.”

In a sign that the issue has risen up the global agenda, a G7 foreign ministers’ statement last month nodded to loss and damage for the first time, while Germany’s new climate envoy, Jennifer Morgan, suggested a new “global shield” for climate as a possible solution.

The percentage of official development assistance (ODA) moneys used for climate spending barely changed last decade, even as the sums required by catastrophe-hit countries were rocketing.

In 2017, extreme weather was cited as a “major” factor in the majority of UN humanitarian appeals for the first time, the Oxfam report said. By 2021, it was a “major” or “contributing” factor in 78 per cent of all such appeals, up from 35.7 per cent in 2000. The UN expects a further 40 per cent increase in climate disasters by 2030 but the human and financial cost from extreme weather is already mounting.

More than half a million people have abandoned their homes in Somalia’s worst drought for 40 years, Save the Children said last week. A quarter of a million people died during the country’s last famine in 2011 — half of them children under five years old. Severe climate-related droughts are also continuing to spread in Ethiopia, Kenya and Somalia, while South Sudan suffers a fifth year of extreme flooding.

The four countries are collectively responsible for just 0.1 per cent of current global emissions, compared with the 37 per cent emitted by rich and industrialized countries, Oxfam said.

“The report’s findings are stark,” said Madeleine Diouf Sarr, the chair of the Least Developed Countries bloc at the UN climate talks. “We emit almost nothing, but in our group of countries, there are islands sinking, landslides burying homes, hospitals being washed away by catastrophic weather events. Rich countries have historic[al] responsibility for this crisis, why shouldn’t they contribute to cleaning up the mess?”

Asad Rehman, the director of War on Want, added that the report showed “the brutal reality of a climate apartheid that is unfolding before our eyes”.

“Rich countries are committing arson on a planetary scale and refusing to stop pouring more oil and gas on the fire they started. But when faced with the bill for the damage they have caused, they claim to have empty pockets,” he said.

“It’s a deadly response shaped by a colonial mentality that for 500 years inflicted injustice and inequity, with the lives of those with black or brown skins in poorer countries deemed less valuable to those of western citizens.”