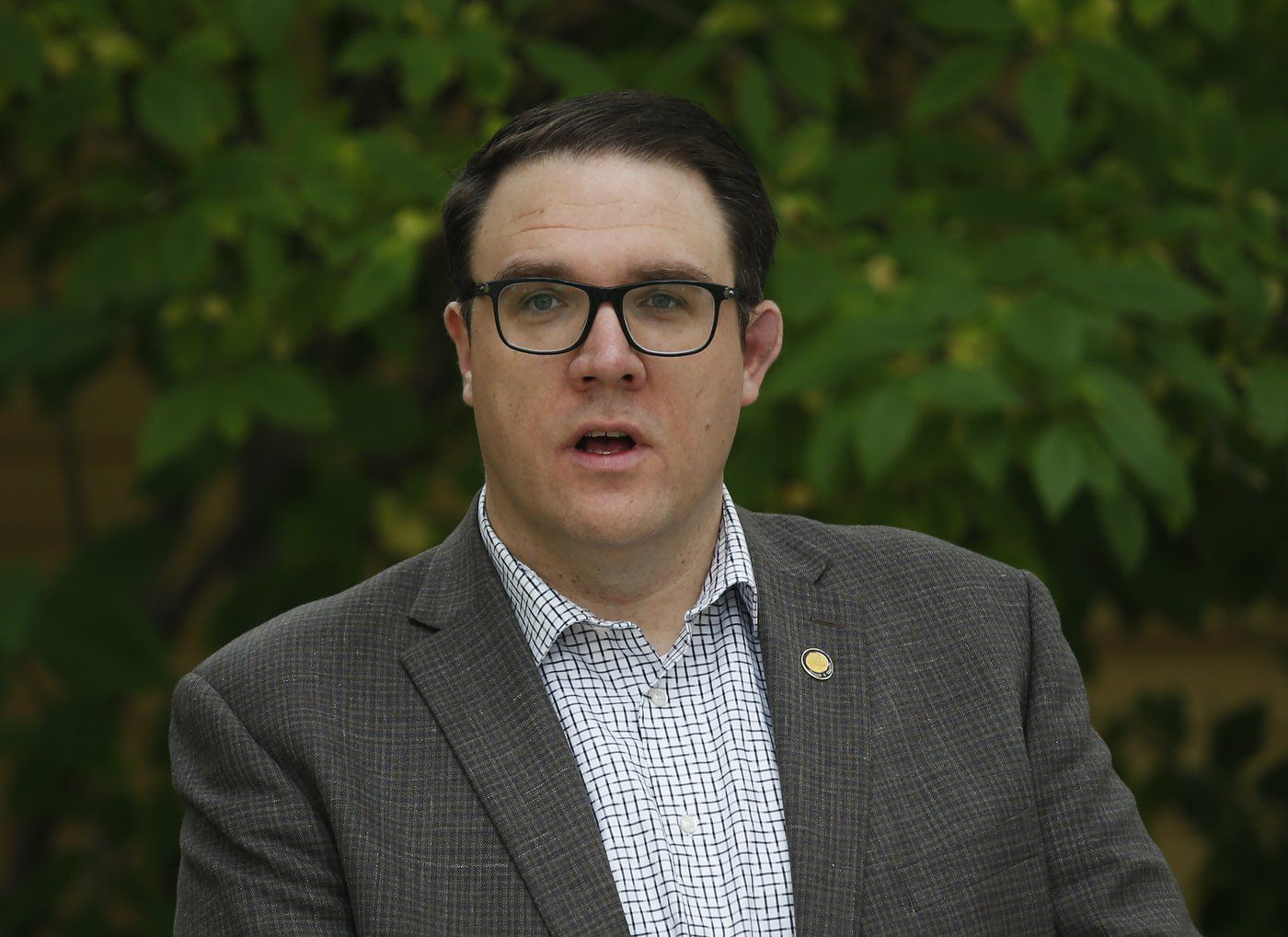 Environment and Parks Minister Jason Nixon is seen during a news conference in Calgary, on Tuesday, Sept. 15, 2020. File photo by The Canadian Press/Todd Korol
Previous story

“As Alberta continues to experience strong economic growth and job creation, our focus is on providing stable and steady government that will allow this growth to continue,” Kenney said in a news release announcing the changes late Tuesday afternoon.

“I’m confident that these changes to cabinet and the new members at the table will contribute to even stronger growth and prosperity in the future.”

The three stepped down in order to avoid a conflict of interest in the contest. Toews left the finance portfolio three weeks ago, and Nixon took over those duties along with his environment and parks portfolio.

Schulz had been in charge of children’s services and Sawhney handled transportation.

All three have been in Kenney’s cabinet since it was first struck on April 30, 2019.

Whitney Issik, the associate minister of the status of women, now takes over Nixon’s old job as the minister for environment and parks.

Backbencher Brad Rutherford will now be a cabinet minister without portfolio and also handle chief whip duties while Jackie Armstrong-Homeniuk moves into cabinet as the associate minister of the status of women.

The changes may end up being temporary.

The party selects the new leader Oct. 6 and the replacement is expected to put their own stamp on cabinet.

The leadership race was called after Kenney received just 51 per cent support in a party leadership review a month ago and immediately announced he was stepping down.

He will leave the top job when the new leader is picked.

There are five other candidates in the race, including party backbenchers Brian Jean and Leela Aheer.

Independent member Todd Loewen, voted out of the UCP caucus over a year ago for calling on Kenney to resign, is also running.

Former Wildrose party leader Danielle Smith and Bill Rock, the mayor of the village of Amisk, have also announced.

The entrance fee is $150,000 and the deadline to submit an application to run is a month from now, on July 20.

We still haven’t learned from our COVID-19 mistakes