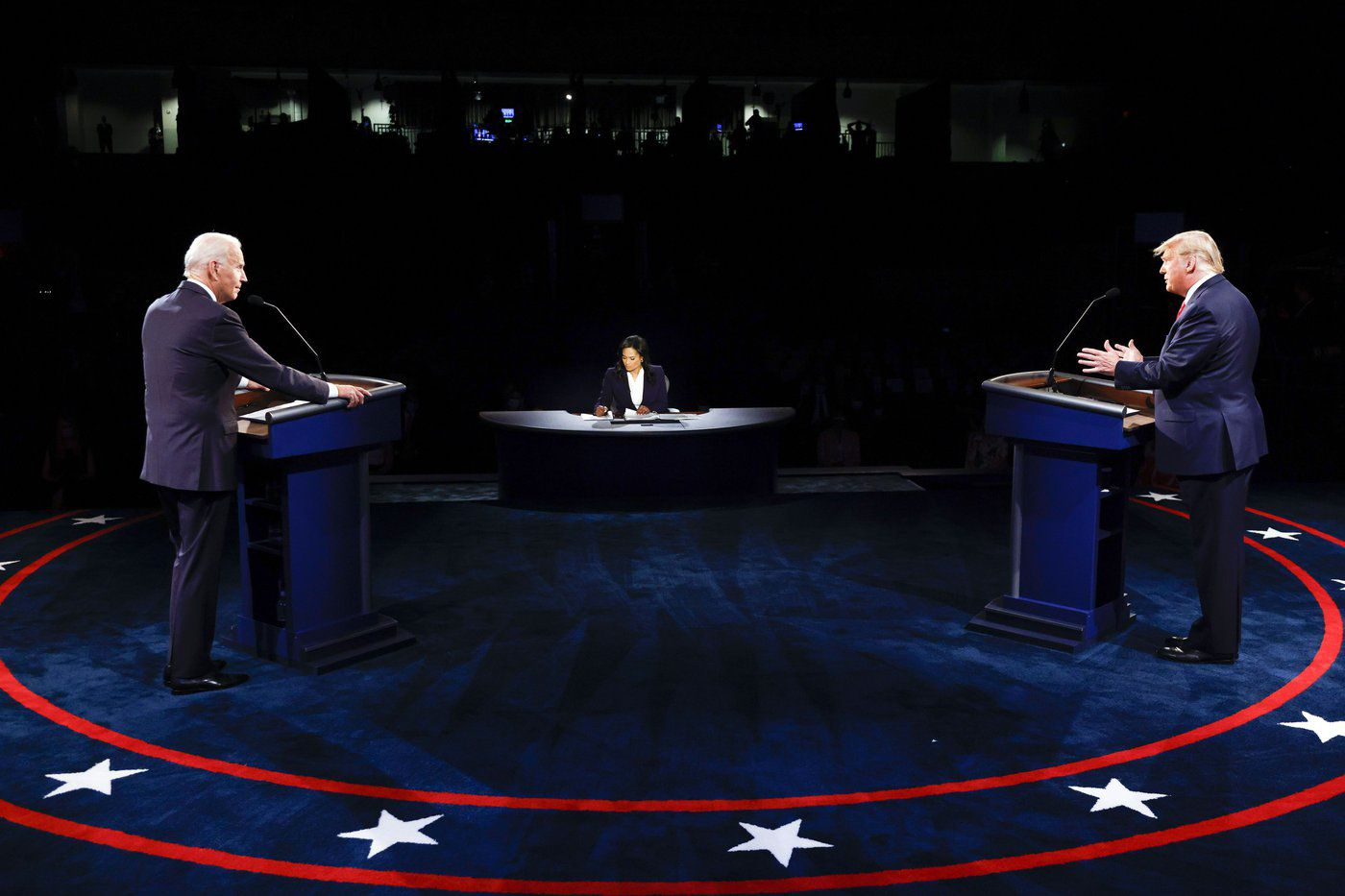 It's a lesson oddsmakers have long since learned the hard way: never assume the imminent political demise of one Donald Trump.

But the one-two punch of the congressional investigation into the Capitol Hill riots and the seismic impact of Roe vs. Wade is raising new doubts about Trump's powers of persuasion.

"Trump is unfit to be anywhere near power ever again," the editorial board of the right-wing weekly Washington Examiner, a publication long deferential to the former president, wrote this week following Tuesday's surprise hearing of the Jan. 6 committee.

The hearing was called at the last minute to showcase the revelations of former White House aide Cassidy Hutchinson, who described in shocking — if not surprising — detail Trump's state of mind in the waning days and hours of his ill-fated presidency.

That hearing "confirmed a damning portrayal of Trump as unstable, unmoored and absolutely heedless of his sworn duty to effectuate a peaceful transition of presidential power," the editorial continued.

"Republicans have far better options to lead the party in 2024. No one should think otherwise, much less support him, ever again."

Hutchinson, a special assistant to the president and chief of staff Mark Meadows, told the committee that Trump seemed desperate to join his supporters at the Capitol on Jan. 6, unfazed by the fact many of them were armed — "they're not here to hurt me," she overheard him say.

She described hearing from officials that Trump had ordered the Secret Service to take him to the Capitol, and that he lunged for the steering wheel of the presidential SUV, and even the neck of one member of his security detail, when those orders were rebuffed.

And she related how White House counsel Pat Cipollone desperately tried to get the president to stand down, only to be told by Meadows that Trump seemed indifferent to the imminent peril faced by his vice-president, Mike Pence.

"Mark had responded something to the effect of, 'You heard him, Pat. He thinks Mike deserves it,'" Hutchinson testified.

The select committee issued a subpoena late Wednesday for Cipollone, a longtime Trump loyalist whose pleas to Meadows and others that day included the warning that, "We're going to get charged with every crime imaginable" if the president ventured to the Capitol.

It was another instalment of an investigation that has shrugged off the staid, procedural approach to congressional hearings in favour of a carefully metered, serialized style of storytelling that has made must-see TV out of all five of the hearings to date.

"They've done a really good job of presenting things," said Paul Beck, a political science professor at Ohio State University, noting that the absence of Trump-loyal Republicans on the committee has allowed a more streamlined narrative to unfold.

Hutchinson, he said, "has no self-interest to serve in being honest, and did a good job of distinguishing between things that she saw first-hand and knew, and things that she had heard."

Trump has, predictably, tried to discredit Hutchinson's story, describing it as "lies" and "fabricated stories" and Hutchinson herself as a "phoney social climber." Whether it's going to impact his all-but-confirmed plan to seek the presidential nomination for 2024 is another matter, Beck said.

"I think there is some evidence of that, although it's very slight — there's been some movement in the polls," he said.

Supporters "are still pretty steadfast in their support of him. I think that there is reason to believe that, you know, that support is eroding. But has it been eroded enough? We'll have to wait and see."

The more immediate concern for both Republicans and Democrats is abortion, and the Supreme Court's decision to overturn Roe, a bedrock precedent for courts in the U.S. and around the world, and a lodestar for reproductive rights champions since 1973.

Trump, who gave the court the conservative majority necessary for last week's decision, did issue a post on his Truth Social platform celebrating the ruling as "the biggest WIN for LIFE in a generation." But the New York Times has reported that privately, he fears it could be "bad for Republicans" in the long run.

President Joe Biden appears to agree: asked Thursday during a news conference in Madrid about deep-seated pessimism among U.S. voters, he couldn't bring it up fast enough.

"The one thing that has been destabilizing is the outrageous behaviour of the Supreme Court of the United States in overruling not only Roe vs. Wade, but essentially challenging the right to privacy," Biden said.

"If the polling data is correct, and you think this decision by the court was an outrage or a significant mistake, vote. Show up and vote."

Polls suggest a majority of Americans believe the Supreme Court went too far with a decision Biden has framed as a threat to other privacy-based freedoms, like same-sex marriage and contraception — just what the doctor ordered for Democrats who are trying to save the furniture in the midst of a difficult midterm season.

Whether Biden, who remains defiant about his plans to run again, will face his old nemesis or a new face in 2024 remains to be seen, Beck said.

"There's a sense that many (Republicans) like what Trump did, but not who he is, necessarily," Beck said.

"There is support for Trump no matter how obscene his activities are, on policy grounds. Can another Republican pick that kind of support up? Probably … but we still need to realize that we are two years away from a presidential campaign, and a lot can happen in that period of time."

This report by The Canadian Press was first published July 2, 2022.