Reflections on mandates, from COVID to climate 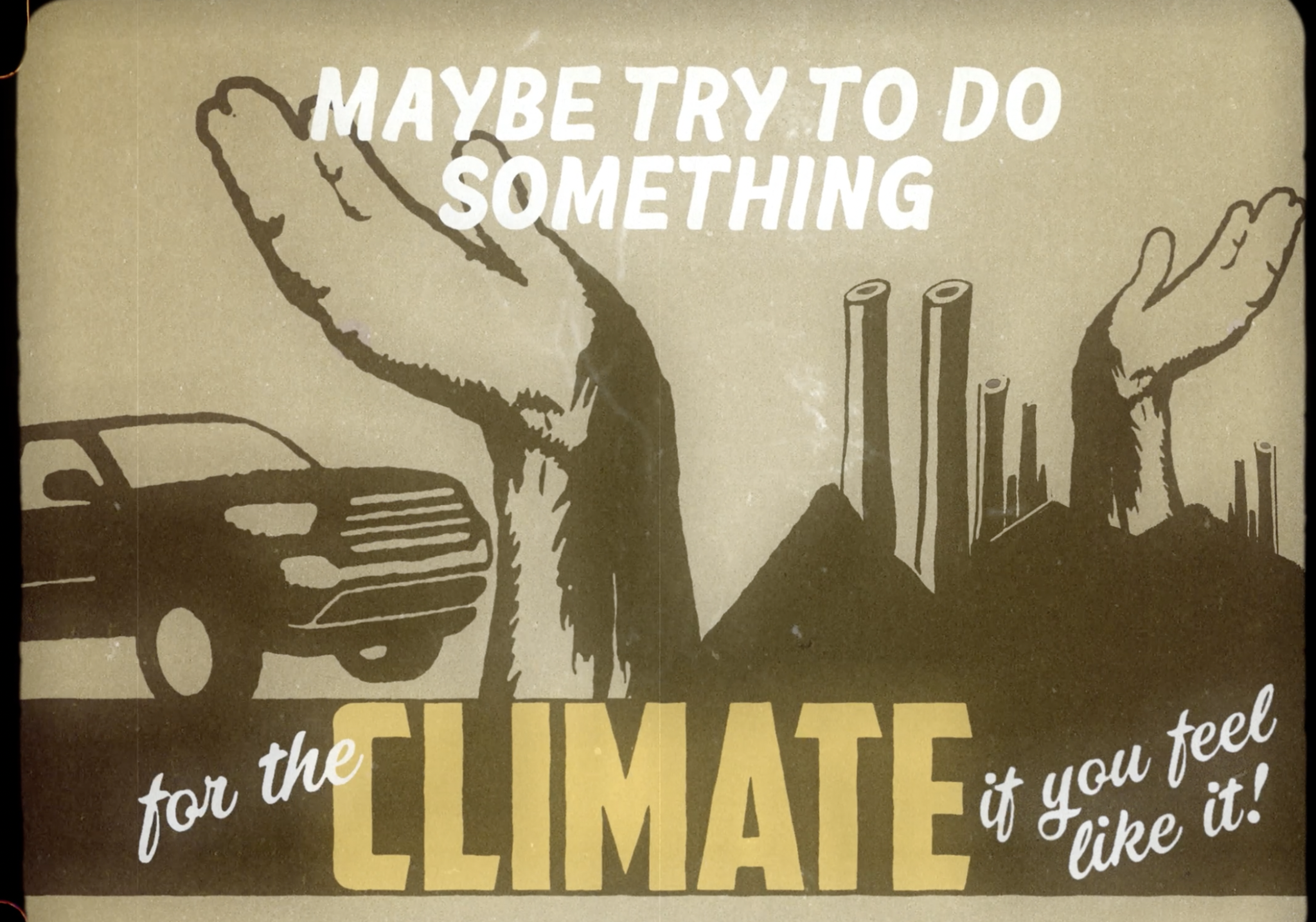 Mandates. Hard to think of a more fraught word these days.

Last January, COVID vaccine and mask mandates spawned a multi-week occupation of the nation’s capital, or at least, were used by far-right petro-defenders as a pretext for the “freedom” protest that besieged Ottawa. And even though a majority of Canadians opposed the so-called truckers’ convoy, nearly two and a half years into the pandemic, there can be no doubt that most of the public is weary of COVID rules. Our governments have grown wary of them, too, fearful that their continued invocation will cause a backlash they would prefer to avoid.

But given the pushback against COVID mandates, here’s what’s got me nervous: as we finally get serious about the escalating climate crisis, one truth is abundantly clear — we are going to need climate mandates.

I have written numerous times about the markers of genuine emergency mode, the core indicators that a government gets an emergency — be it war, a natural disaster, a health crisis — and is ready to respond accordingly. One of the central markers is that the government “shifts from voluntary and incentive-based policies to mandatory measures.” The curse of our climate policies to date is that they are mired in a voluntary and incentive-based approach that assumes we can meet this crisis by cajoling enough households and businesses to decarbonize and electrify. This approach will see us fry and condemn our children to a hellscape. We simply cannot incentivize our way to victory in this fight for our lives.

Rather, in the face of an understood emergency, leaders don’t simply encourage certain actions with moral suasion, tax incentives, rebates or other forms of monetary enticement — they require it.

But let’s be clear: when a government invokes mandatory measures in response to a crisis, the public’s acceptance of these rules and regulations is never unanimous. Whether these measures have been instituted in wartime, in the face of a disaster, or in the context of a pandemic, there is always an anti-social rump that seeks to ignore or violate rules and mandates designed to protect the collective good.

The good news is that unanimity is not necessary and this anti-mandate pushback is almost always a minority. In the main, most of us support such measures. We want to do right by our family, friends and neighbours.

Here’s an example from our Second World War experience.

As Eleanor Boyle details in her book, Mobilize Food! Wartime Inspiration for Environmental Victory Today, at the start of the Second World War, leaders in Canada, the U.K. and the U.S. were all deeply wary of rationing key products and foods, fearing such mandatory measures would result in a popular revolt. As the war progressed, however, they felt compelled to institute household rationing regardless. And in defiance of expectations, these policies ended up being highly popular. Rationing became a means by which everyone could “do their bit” in a common endeavour, and do so knowing their efforts were unfolding in a fair and equitable manner (impacting the wealthy in equal measure as the poor).

Opinion: There are similarities when it comes to COVID and climate mandates. Both require listening to scientists and health experts, and both confront an assault of misinformation, writes @SethDKlein for @NatObserver. #ClimateCrisis

“Fairness is what rationing is all about. That’s why so many citizens approved of it during the Second World War. Polls in Canada in 1945 showed that more than 90 per cent of adults felt that rationing had done a good or fair job during the conflict in distributing food equitably, Ian Mosby writes in his 2014 book, Food Will Win the War. Even in Britain, where wartime rationing was more extensive, opinion polls showed that most citizens agreed with government policies aiming to ensure ‘Fair Shares for All.’ At the start, people weren’t crazy about the limitations, but they soon perceived that the system guaranteed everyone (even low-income citizens who had been undernourished) adequate supplies of eggs, sugar, butter, meat and sweets, as well as clothing and fuel.”

Fast-forward to the early months of the pandemic and recall that it was the public, ahead of our politicians, demanding mandatory measures, calling for vaccine and mask requirements.

Here’s why. As noted, in the face of a crisis, most of us want to do the right thing (the anti-social fringe notwithstanding). But it irks us — because no one wants to be a chump — that we might do the right thing only to have our anti-social neighbour refuse and undo our good work. And therein lies the beauty of mandates; you don’t need to worry about your neighbour. Your neighbour is going to be compelled to amplify your best efforts to do right by your fellow citizens.

I’m convinced the same dynamic will play out with respect to climate.

When it comes to electrifying our homes and vehicles, for example, or reducing our air travel and meat consumption, many of us are kicking the dirt at the start line of the race to decarbonize our lives. We want to do our bit, but we want to know that everyone else — households and businesses — is in too and won’t undo our best efforts.

Governments are starting to implement climate mandates — zero-emission vehicle (ZEV) mandates for new car sales, zero-emission building mandates, emission reduction mandates for certain industries. These mandates are having an impact. For example, the two Canadian provinces that lead on ZEV sales are Quebec and B.C., the same two that have instituted legislated mandates.

The problem, however, is that to date, the timelines for existing climate mandates are far too long, effectively communicating the opposite of emergency. Provincial and federal building and industry mandates are for the end of this decade, well after most current politicians will have moved on to other things. (A notable exception with respect to new building mandates is the City of Vancouver, which has mandated that no new buildings can use fossil fuels for space and water heating as of this year.) The mandate for 100 per cent ZEV sales is 2035 — far longer than the crisis demands.

And industry mandates, especially the emissions cap now in development for the oil and gas sector, need to be both more ambitious and convincingly enforceable. Over a quarter of Canada’s greenhouse gas emissions are from that one sector, and if Prime Minister Justin Trudeau hopes to leave a positive legacy in this task of our lives, he will have to set us on a course to meaningfully turn off the fossil fuel tap.

The development of mandates does need to be collaborative. The public deserves a say. Most importantly, climate mandates must be designed and implemented in true partnership with Indigenous communities because Canada has a long history of imposing “emergency” mandates on Indigenous nations in ways that caused great harm. Going forward, this should be about who invokes emergency mandates.

In summer 2017, for example, devastating wildfires ravaged the B.C. Interior. The province declared a state of emergency and ordered people to leave their homes. But the Tsilhqot’in Nation near Williams Lake defied the evacuation order. Having not been properly consulted, they rightly refused to surrender their homes on their own unceded territory. It was a messy and dangerous situation, but also proved to be a learning experience.

The following spring, in anticipation of more such summers to come, the Tsilhqot’in signed a “first-of-a-kind” agreement with the provincial and federal governments recognizing the First Nation as a full partner in wildfire response. The nation has trained their own firefighters, they now have extensive experience with wildfires, and now, they will decide if and when to declare an emergency on their territory and how to respond.

The summer of 2018 was again an awful wildfire season, but this time, the local response went much more smoothly. This new joint emergency protocol is very different from the heavy hand of the state many First Nations have historically experienced. Perhaps herein lies a model for how to reconcile climate emergency response plans with Indigenous title and rights.

COVID and climate: Similarities and differences

There are similarities when it comes to COVID and climate mandates. Both require listening to scientists and health experts, and both confront an assault of misinformation.

Both require that we make changes, including some sacrifices and limits on our absolute freedoms for the sake of collective and societal well-being, and to protect the safety and security of others, be it the vulnerable and elderly in the case of COVID, or our children and future generations or more vulnerable communities today in the case of climate.

But there are some important differences, too, and they should provide some solace for the road ahead.

Climate mandates are different from many pandemic health orders in that climate regulations mostly target businesses, not individuals. Where COVID orders required individuals to roll up their sleeves, cover their faces and, in some cases, forgo income, climate requirements will be directed to car manufacturers and sellers, building developers and heating installers, and to industry itself. That all provides less fodder for widespread popular resistance.

And here’s arguably the most important difference between pandemic and climate emergency mandates: People talk about COVID fatigue, and that’s real. The things we have been called upon to do in response to the pandemic are anathema to all our social instincts — isolate, stay home, be distant, mask up. That’s hard. It’s no wonder most of us desperately want to be done with it all.

The good news about climate mobilization is that it calls on us to do precisely the opposite — to get out there and do something grand together! Surely, the vast majority of us are ready to get on board with that.

Thanks for this examination

Thanks for this examination of what climate change mandates might look like, Seth. Especially the reassurance that they're likely to be aimed at business and industry, not individuals. (Which isn't to say that individuals, families and communities are off the hook.)

My scariest moment during what I call the "Hostage Convoy" came when I read the CBC article, "For many inside the Freedom Convoy, faith fuels the resistance." Here's the quote that made the hair on the back of my neck stand up:

"For Pedersen, ending the vaccine mandates is a first step in what she calls the 'freedom movement.' She worries climate change-related mandates could soon follow."

I wrote to a friend: "They're onto us! Instead of safeguarding populations from a disease pandemic, they know we're going to be trying to save them from extinction and damn it, they're going to fight us every inch of the way.

"I thought fossil fuel corporations and big banks were going to be the end of us. But no, it's looking ike it's going to be the freaking people with not a shred of critical thinking skill protesting against (not yet invoked) climate emergency mandates that 'violate' their precious 'freedom' to burn up their children's future before they go extinct.

"'Climate change-related mandates' ... there it is. That's what this whole freaking "Freedom" Convoy has been a prelude to -- the masses protesting any changes we have to make to save ourselves."