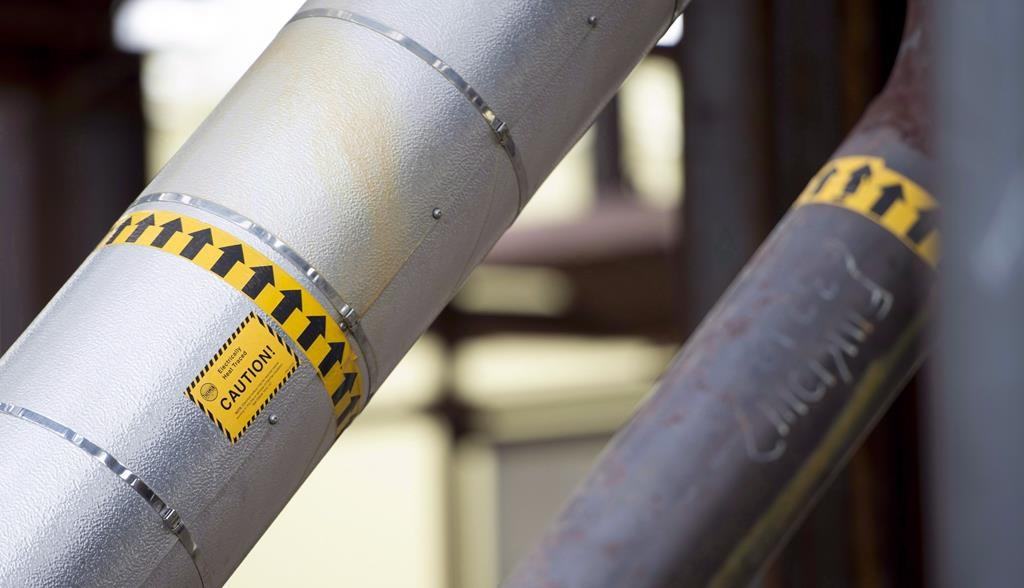 A coalition of environmental groups is calling on Ottawa to reject any proposals to build export facilities for liquefied natural gas on Canada's East Coast, saying such projects will produce "climate-wrecking emissions."

The coalition, which includes the Sierra Club Canada Foundation and Climate Action Network Canada, issued a statement Thursday that also takes aim at the financial risks associated with multibillion-dollar ventures that could take several years to come on stream.

"On the world stage, Canadian politicians deliver passionate speeches about climate action, but their words will be revealed as empty promises if the federal government approves new fossil gas infrastructure on the East Coast," Kelsey Lane, climate policy co-ordinator for the Halifax-based Ecology Action Centre, said in the statement.

On Wednesday, Canadian Foreign Affairs Minister Mélanie Joly told a chamber of commerce audience in Montreal that Germany is looking to invest in LNG projects in Canada.

Calgary-based Pieridae Energy has been promoting construction of a multibillion-dollar LNG export terminal in Goldboro, N.S., since 2011, but it put the project on hold last summer because of "cost pressures and time constraints" linked to the COVID-19 pandemic. The company, which could not be reached for comment, had planned to get natural gas from Western Canada via pipeline and then ship it by tanker to European customers.

After Russia invaded Ukraine in February, however, the demand for natural gas has grown amid concerns the Russians will cut off its supply to Europe, and Germany in particular.

German Chancellor Olaf Scholz is expected to visit Canada later this month, the Prime Minister's Office said in a statement in June. Published reports have suggested Scholz is keen to get more natural gas from Canada.

Earlier this year, Pieridae CEO Alfred Sorensen issued a statement saying the invasion of Ukraine has prompted countries to look for secure supplies of natural gas.

"Pieridae’s proposed net-zero LNG export project off the East Coast continues to make sense, and conversations with a broad list of stakeholders are ongoing," he said on May 12. "Many want to see Canada offer leadership in a meaningful way to support a long-term solution by providing Canadian natural gas overseas in an environmentally and socially responsible manner."

Gretchen Fitzgerald, national programs director for the Sierra Club Canada Foundation, said the federal government is using the war in Ukraine to "hoodwink" the public into believing that LNG projects are a necessary evil.

"LNG export plants will blow our chances of meeting emissions targets," Fitzgerald said in a statement. "And all this for projects that have no hope of coming online faster than truly clean alternatives, such as wind, solar and energy efficiency."

Meanwhile, dormant plans for other LNG terminals in Nova Scotia and New Brunswick have also experienced renewed interest as of late.

On June 29, New Brunswick Premier Blaine Higgs said a liquefied natural gas facility in Saint John, N.B., could be modified to reverse its flow and help reduce Europe's reliance on fossil fuels from Russia. The plant currently imports liquefied natural gas from the United States, but it could be retrofitted to export gas in about three years, he said.

Higgs said the owner of the Saint John plant, the Spanish firm Repsol, has already talked to the federal government about transforming the facility into an export terminal.

But that would be a mistake, said Louise Comeau, director of climate change at the Conservation Council of New Brunswick.

"Canada has promised to cap greenhouse gas emissions from the oil and gas sector," she said in the statement released Thursday. "Any new methane gas infrastructure must comply with the cap. We can't continue to let the fossil gas industry weaken climate policy in Canada."

The coalition says the Intergovernmental Panel on Climate Change — the world's leading scientific authority on the subject — has stated that carbon emissions must start falling before 2025 if the planet is to avoid the worst-case scenario for climate change.