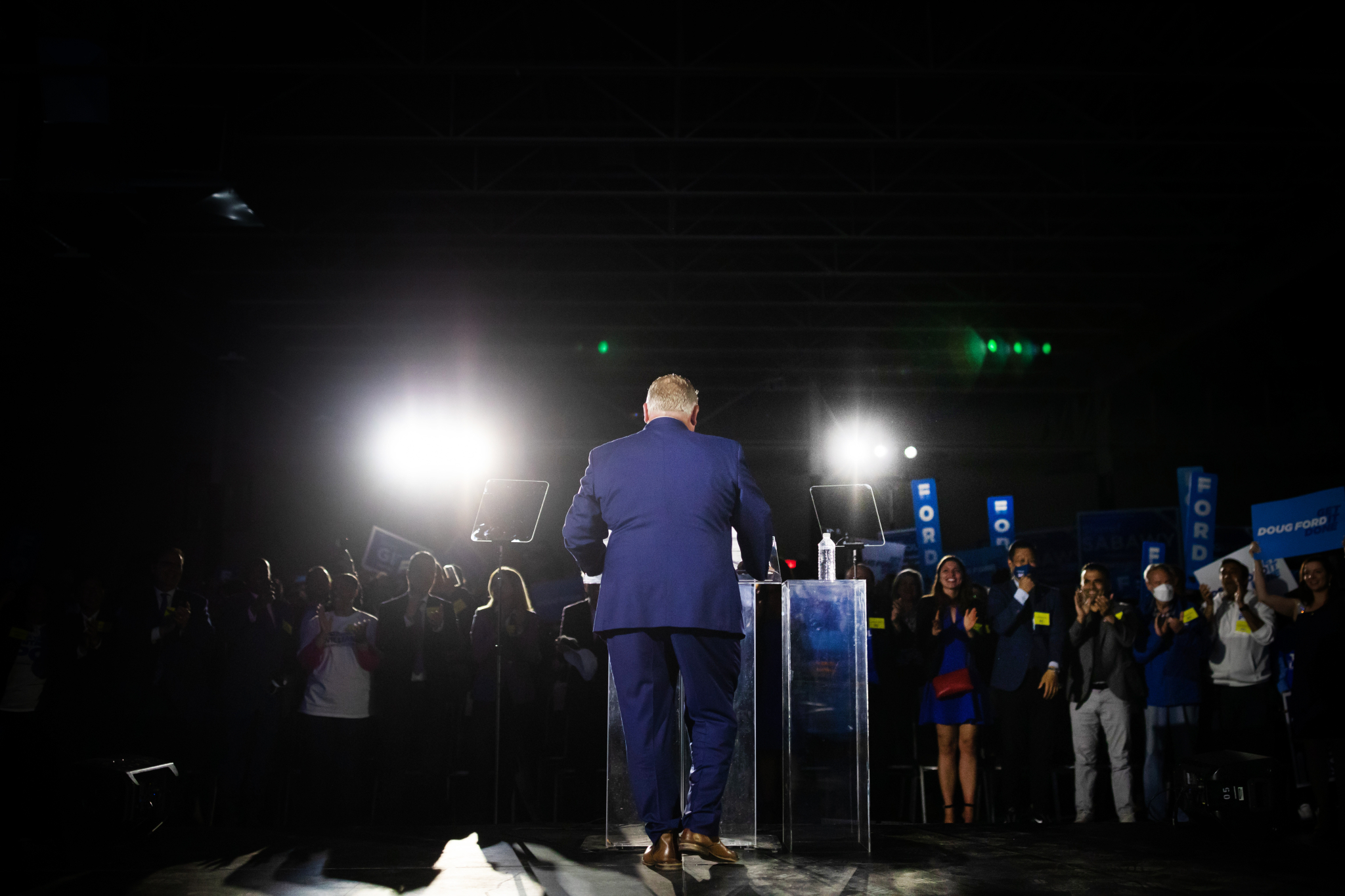 Ontario Premier Doug Ford is set to give the mayors of Ottawa and Toronto greater power with so-called strong mayor legislation introduced Wednesday in an apparent bid to speed up housing development in the province.

While the government, a Progressive Conservative majority re-elected in June, said the changes are necessary to “get more homes built faster,” critics argued it removes vital checks and balances to power, erodes democracy, limits public engagement with elected local representatives — and won’t solve the housing crisis.

If passed, the Strong Mayors, Building Homes Act would mean the mayors of Ontario’s two largest cities could veto the local budget and override council-approved bylaws that might “interfere with a provincial priority.” In both instances, council could only overturn the mayor’s veto with a two-thirds majority vote.

Mayors would also have the power to hire and fire senior staff, create and re-organize municipal departments, bring items of “provincial priority” to council for consideration and appoint committee and board chairs. Those priorities include building 1.5 million residential units by 2033 and construction and maintenance of infrastructure such as transit, roads and utilities.

The changes would come into effect after municipal elections this fall.

“We need to support efficient local decision-making to help cut through red tape and speed up development timelines,” said Minister of Municipal Affairs and Housing Steve Clark, who introduced the legislation, in a press release.

“This bill will make local government less transparent and less accountable while doing nothing at all to address the affordable housing crisis,” Burch said in a statement.

Ontario Premier Doug Ford is set to give the mayors of Ottawa and Toronto greater power with so-called strong mayor legislation introduced Wednesday in an apparent bid to speed up housing development in the province. #ONpoli

Schreiner said the province already has tools to increase housing supply without increasing sprawl or concentrating power in mayors’ hands, pointing to recommendations issued by a government-appointed housing task force that called for ending exclusionary zoning and investing in affordable housing.

There was nary a mention of “strong mayor” legislation during the Progressive Conservatives’ successful bid for a second majority earlier this year. But Ford has long been vocal about his desire to revamp municipal governments in the province, from the time he was a Toronto city councillor, accusing the local governance bodies of slowing progress through red tape, NIMBYism and endless debate.

Shortly into his first tenure as premier, Ford’s government reduced the size of Toronto’s city council from 47 to 25 members during the municipal election campaign. Over the course of the government’s first term, it used an unprecedented number of minister’s zoning orders to fast-track developments, drawing criticism of heavy-handedness and provincial meddling in local affairs.

“It just doesn’t work that way,” said Greenberg. “It’s not just a supply and demand issue to address the need for affordability directly, which this government is not doing.”

Greenberg also pointed out that Toronto’s council, in its most recent meeting, approved more than 24,000 homes, nearly 20 per cent of which are affordable housing or purpose-built rentals.

“How many more housing units can they approve with a strong mayor system?” said Greenberg. “The assumption somehow is Toronto is not doing enough, which is ridiculous.”

“On the contrary, giving mayors a veto over legislation, making it harder for ward councillors to legislate, and removing the political independence of key city staff is likely to entrench and worsen obstacles to more housing,” said the organization in a statement.

Saman Tabasinejad, organizing director at Progress Toronto, said using housing as a justification for the legislation is a “big distraction.”

“What this legislation is actually about is Ford overriding the votes of city councillors and consolidating power in his own hands and through the mayor’s office,” said Tabasinejad.

Current Toronto Mayor John Tory, she said, has had eight years in office to address the housing affordability crisis, while Ford has helmed the province for four.

“Instead, our city has gotten much more unaffordable under [Tory’s] leadership and it wasn’t the city council process,” she said. “Similarly, Doug Ford has had four years to build affordable housing … and he’s done nothing of the sort. Instead, he meddles in our local democracy, he takes away rent control, he makes housing and life more unaffordable for Torontonians and Ontarians.”

This move was never about

This move was never about affordable housing, it was always about supporting the large developers who are big backers of Ford. It means a mayor can sacrifice the residents of one area where a developer wants to build something insane. This is going to be REALLY bad for anyone who owns a home within 5 km of a University - University students are the tenant of choice for major property managers because they leave every year meaning the units are not subject to rent controls. If you own your home in Ontario - either outright or in partnership with a bank - this legislation is VERY bad news for you. If you are a renter, this is not going to make your life better as developers are not focused on you, but rather their profits.

Ontarians re-elected him. They kind of asked for it.

Actually it was worse than

Actually it was worse than that - Ontarians didn't show up to vote. The MSM made the election seem like a non-issue, and NEVER wrote about Ford's actual record, and instead printed puff pieces about how he has "evolved".. Steven del Duca said it best when interviewed by TVO and asked if he had changed, to which he replied "only the words he reads from the teleprompter changed".
Polls were published that showed Ford miles ahead, so any voter who was otherwise opposed to Ford was discouraged from voting. I volunteered for GOTV on election day. The number of people who were either undecided or who didn't even know when the election was was ASTOUNDING. To those who were undecided, I told them "the most important thing that you do is to show up".
The Toronto Star used to be a left-of-centre publication but it was bought by RW interests shortly after Ford's victory in 2018 or 2019. In 2021 they were publishing less than friendly news about him, but that all changed about 4 months before the election when they replaced the CEO of Torstar with someone who was anti-vaccine and pro-convoy. Then the whitewash of Ford began.
Given that most people still get their news from MSM and still believe them to be honest and unbiased, we are DOOMED.

He got elected with a very

He got elected with a very small proportion of the vote, and an even smaller fraction of the electorate.

And I suspect the truth of the matter is that aside from a small coterie of those-who-will-be-enriched, his voters are politically naive.