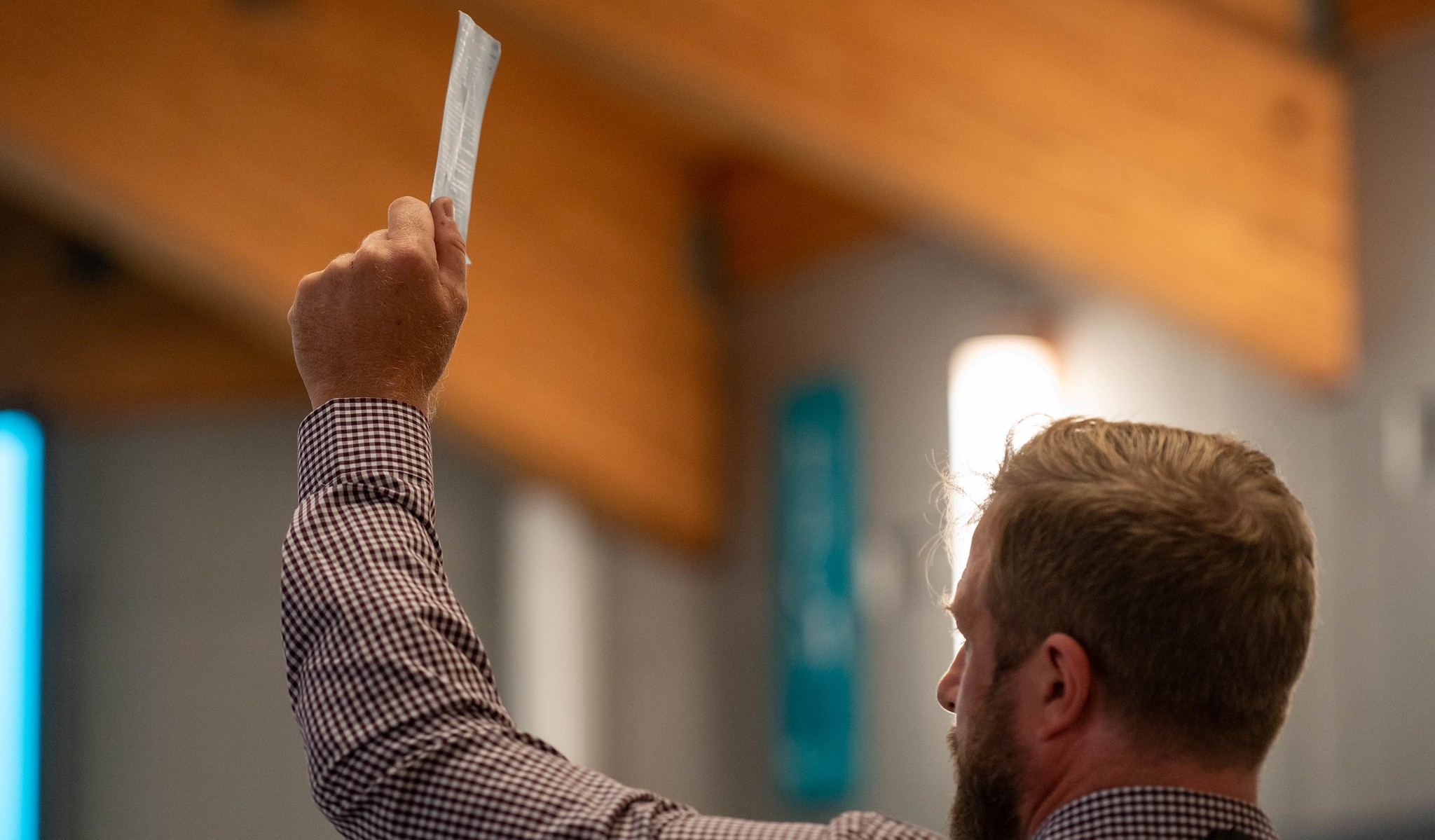 B.C. municipalities want to see the province push for federal protections for harmful dumping of acidic wastewater from cargo and cruise ships. Photo by © Union of BC Municipalities
Previous story
Next story

B.C. municipalities are pushing for stronger environmental protections from the federal government to keep harmful cargo and cruise ship pollution out of the ocean.

In a “historic” motion unanimously passed Sept. 16, the Union of BC Municipalities asked the province to urge the federal government to address pollution produced by exhaust cleaning systems on cargo and cruise ships, according to a Stand.earth press release.

Often referred to as “scrubbers,” these cleaning systems use water to remove heavy metals, sulfur dioxide, carcinogens and harmful pollutants from the air when heavy fuel oil is burned. This keeps pollutants out of the air but instead dumps them into the ocean.

“[This] vote is part of the growing chorus of voices calling for pollution prevention and ocean protections,” Anna Barford, Canada shipping campaigner for Stand.earth, said in the press release.

The motion says preventing ships from dumping scrubber wastewater and requiring them to use cleaner fuels should be included as part of a comprehensive B.C. coastal marine strategy.

Transport Canada planned to crack down on this type of pollution earlier this year, according to an internal memo obtained by Canada’s National Observer through a federal access-to-information request in August.

The motion passed on Friday demonstrates “very decisive and clear support from local governments committed to protecting our marine environment and coast,” Vancouver Coun. Pete Fry said in a statement to Stand.earth.

Scrubber wastewater is acidic and contributes to a lesser-known climate threat called ocean acidification. Increasingly acidic oceans interfere with shellfish and other crustaceans’ ability to build shells and skeletons, which has consequences for animals higher up the food chain.

The motion highlights ocean acidification as a “major concern to coastal communities” that encourage shellfish harvesting, aquaculture, tourism and commercial and recreational fisheries.

In a motion passed Sept. 16, @UBCM asked the province to advocate the federal government to address pollution produced by exhaust cleaning systems on cargo and cruise ships. #Scrubbers #Pollution #OceanAcidification

The motion was passed at the Union of BC Municipalities’ (UBCM) annual convention in Whistler, B.C.

Last week, a group of Canadian doctors criticized the UBCM for its event sponsors, which included utility and natural gas provider FortisBC and pipeline companies Coastal GasLink and the Trans Mountain expansion project. The Canadian Association of Petroleum Producers, a lobby group for the fossil fuel industry, was also a sponsor.

The inclusion of sponsors “whose products and services have known links to the root causes of earth’s climate emergency” is an “affront” to the 1,000-plus people who have died in Pakistan due to climate-change-induced floods, stated a letter from the Canadian Association of Physicians for the Environment.

“Imagine a medical conference sponsored by the biggest tobacco companies,” it reads. In the past, UBCM has passed resolutions on climate action, the letter noted, but having a presentation called “Learnings from the Lytton Fire” when the event sponsors are part of the cause is “mind-jarringly inappropriate.”

— With files from Rochelle Baker

Canada World Youth is shutting down, and with it will end its programming for Indigenous youth

"Last week, a group of

"Last week, a group of Canadian doctors criticized the UBCM for its event sponsors, which included utility and natural gas provider FortisBC and pipeline companies Coastal GasLink and the Trans Mountain expansion project. The Canadian Association of Petroleum Producers, a lobby group for the fossil fuel industry, was also a sponsor."

It also has to be said that UBCM conventions are not televised, are not recorded, the public has no real idea what goes on.