Good jobs, not gambles, are what Canada’s workers deserve 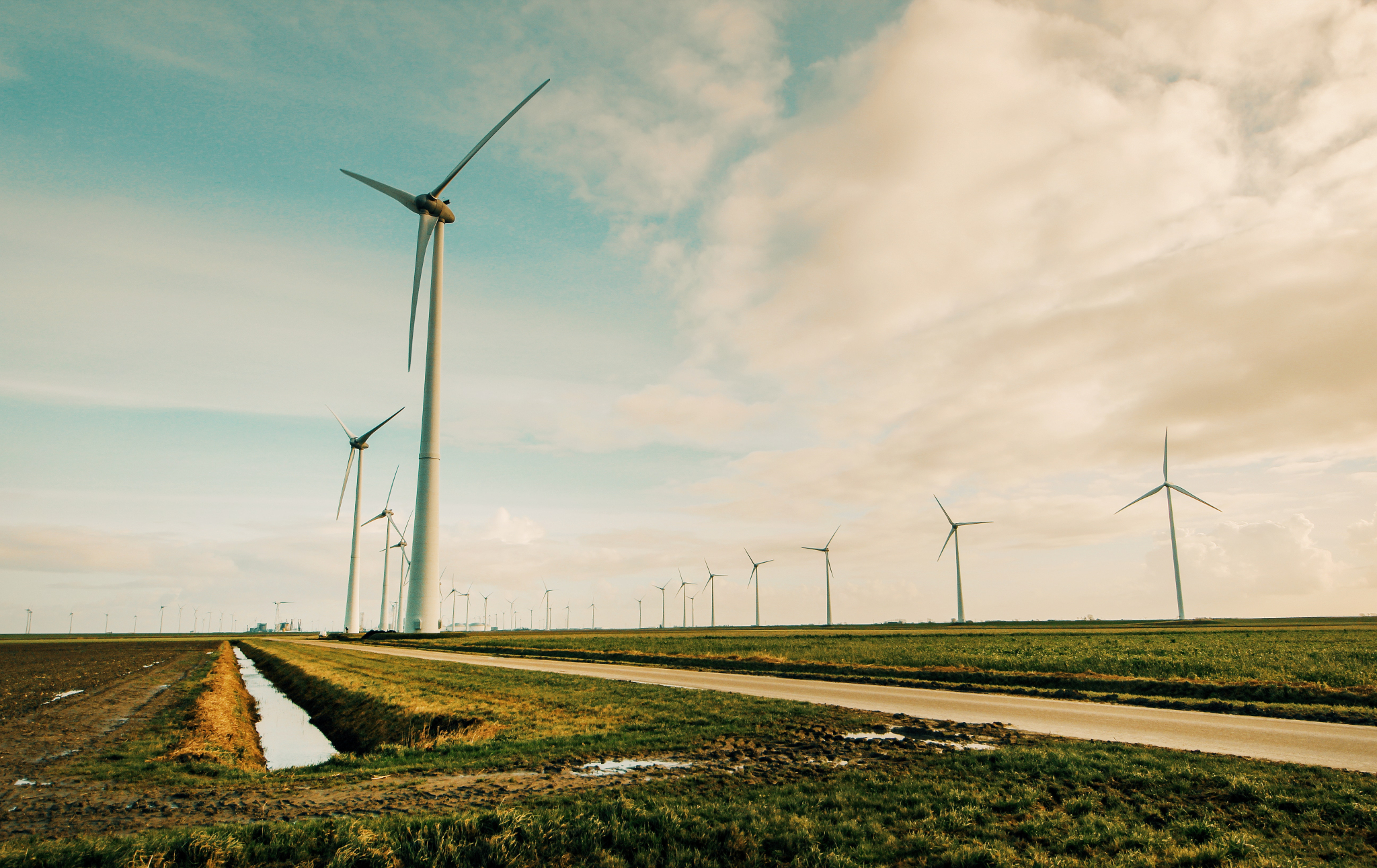 We must avoid depending on technologies such as carbon capture to reduce emissions from the energy sector and instead invest more heavily in renewable sources such as wind. Photo by Tom Swinnen/Pexels
Previous story

In a recent opinion piece, Canada’s Labour Minister Seamus O’Regan identified the “looming” transition for workers in high-emissions industries as anxiety-inducing. He also argued that if we take climate change seriously, we must all be pro-worker.

He is right: workers need certainty and a seat at the table as the transition to a green economy takes place. They are essential for Canada to meet its climate targets. However, where O’Regan misses the mark is in suggesting that we will do workers a service by betting their future on so-called technological “wild cards.”

Wild cards are technologies such as carbon capture, utilization and storage (CCUS), hydrogen and small nuclear reactors (SMRs) that could become part of Canada’s emissions reduction effort, but have not yet proven effective, scalable and safe. Experts from the Canadian Climate Institute, a think tank mandated to provide the government with research and policy recommendations, have explicitly cautioned against the medium-term reliance on these technologies, writing, “[Wild cards are] solutions that may come to play a significant and important role on the path to net-zero, but whose ultimate prospects remain uncertain.”

Uncertain prospects are no recipe to cure anxiety. Workers and their families deserve a plan that relies on more than pilot projects, especially given the energy transition is already underway. There are proven technologies like renewable energy ready to be built that would support real jobs and benefit communities. In fact, worldwide, the majority of energy workers are now employed by clean energy companies. Meanwhile, the oil and gas industry has been replacing workers with machines at an accelerating rate

The Canadian government has taken a step in the right direction by beginning to talk about a plan for workers affected by the energy transition. But the government cannot bet workers’ futures on the next technology that promises to solve all our problems — especially those that offer the false promise of keeping our oil and gas industry going. We need a strategy that respects local strengths, regional differences and existing skill sets and experience. The government owes it to workers and Canadians to lay out a clear plan on what industries will need to shut down (such as oil and gas) and what they will need to transform for the green future, such as auto manufacturers pivoting production capabilities for building EVs. At the same time, they need to be ready for future technologies that will emerge.

Even in the hypothetical world in which CCUS and hydrogen are able to make oil production cleaner, Canadian oil is so carbon-intensive, it would require huge amounts of spending to get it to net-zero. In short, our oil won’t be competitive on global markets, especially not a decade from now when demand will be a fraction of what it is today. Pretending otherwise will leave workers and their families in the hands of a global market that will not be interested in our oil. Not to mention, CCUs and hydrogen are not climate solutions: the majority of the emissions that come from fossil fuels are from burning it, which cleaner oil production won’t change.

The government needs an industrial strategy to create good jobs, economic growth and meet its climate targets. At the same time, it must act on its promise of passing just transition legislation so workers affected by the transition know there will be a plan — and money — when they need it.

This legislation needs to put in place a real mechanism through which just transition plans will be made for every workplace in Canada that needs one. It must detail how workers will access the funds and resources they need as they navigate the shift. This means creating a dedicated government agency, mandated to work hand-in-hand with workers to create robust plans that ensure their needs are met.

There are past and present economic transitions with plans that we can draw from. Alberta was on the right track when it launched a just transition plan for workers impacted by the phaseout of coal-powered electricity. But the government made the mistake of not bringing workers to the negotiation table and ended up giving too little to workers and too much to the industry.

New Zealand and Spain have passed legislation committing their governments to support workers, while the European Union has set up a fund which supports green transition projects in a way that encourages innovation and creates good jobs.

Wild card technologies belong in the work plans of investors and researchers — if they are betting types. We do not need to gamble with workers' futures; there are tried and true “safe-bet” technologies that can be built to fuel a prosperous Canadian future where no one is left behind.

Even in the hypothetical world in which #CCUS and #hydrogen can make oil production cleaner, Canadian oil is too carbon-intensive, requiring huge amounts of spending to get it to net-zero, writes Aliénor Rougeot @Alienor. #cdnpoli #ClimateEmergency

Aliénor Rougeot is a Toronto-based climate justice organizer and a climate and energy program manager at Environmental Defence, a leading Canadian environmental advocacy organization where she advocates for a just transition for workers and communities.

Unfortunately, both the current government in Ottawa and the next one have no real interest in shifting away from fossil fuels or a just transition for fossil fuel workers. The oil & gas industry, corporate Canada, and the Trudeau Liberals are all betting on fossil fuel expansion and climate failure.

Neoliberal governments of all colours will do whatever it takes to prop up the fossil fuel industry indefinitely using our tax dollars. Hence, CCS, SMRs, and blue hydrogen. Not to mention buying export pipelines outright.

Under the banner of various astro-turf groups, the majority of fossil fuel workers will fight like h*ll for their fossil fuel jobs and vigorously oppose any efforts to take them away. Canada Action, Resource Works, Canada's Energy Citizens, Canada Proud, Oil Sands Strong.

Climate activists should not assume that the federal government is sincere about climate action, the energy shift, and a just transition for workers. The Environment Commissioner's recent audits tell a different story:

"Federal government not ready to deliver a just transition despite past promises" (April 27th 2022)
https://www.nationalobserver.com/2022/04/27/news/federal-government-not-...

"…And, between Trudeau's 2017 speech promoting tar sands expansion to fossil fuel CEOs in Houston, Jonathan Wilkinson's social media looking like a Shell advertising campaign, or Seamus O'Regan forming a secret committee with Big Oil during the pandemic, this lobbying seems to have an effect. With this, it's fair to be worried that Trudeau and his cabinet are already drinking the fossil fuel kool-aid when it comes to the timeline for a transition. After all, O’Regan is already using their talking points.
"…we need to be clear-eyed about the fact Big Oil is still working to derail serious climate action and the just transition is the latest thing to land in their sights."
"Don’t ‘bothsides’ the just transition" (National Observer, 2021)
https://www.nationalobserver.com/2021/10/15/opinion/dont-bothsides-just-...

This journalist has done her

This journalist has done her homework. Neither Carbon Capture nor small modular nukes are long term solutions. Once a person does a modicum of homework (research) into Carbon Capture, the dirty details (usually left out of the pitch) should convince us all of carbon capture's limitations. The facilities are expensive to build....but once built, they need energy to run...and pipelines to carry the captured CO2 to places where safe storage is feasible. The Canadian Shield holds such safe dumping grounds....possibly..but piping the CO2 there requires dangerous pipelines crossing miles of someone else's territory.

And then there's the unspoken 'utilization' component....that's where captured CO2 gets piped to unprofitable but still open wells for EOR (ENHANSED OIL RECOVERY). In that case, the CO2 recycles, and adds future emissions when the enhansed oil is burned.

As for nuclear reactors? What could be better than distributing the potential for nuclear disaster far and wide?? However weeny and inoffensive you make those devices, they still produce waste products that are poisonous for thousands of years.

Until we include doing no harm to the long term future in our 'green transition' plans, we aren't really transitioning. Fantasy technologies that allow oil and gas production to continue are the new climate denialism. And even if workers participate fully in these follies, they'll only reap very short term benefits.

The writer is correct. We need to have all hands on deck, building the real green technolgies, in a transition already underway Wasting public money on Carbon Capture of Nuclear everywhere are capitalist ventures best left to the capitalists. IF THEY SEE PROFIT IN IT, SURELY THEY ARE MORE THAN CAPABLE OF PUTTING UP THEIR OWN MONEY.