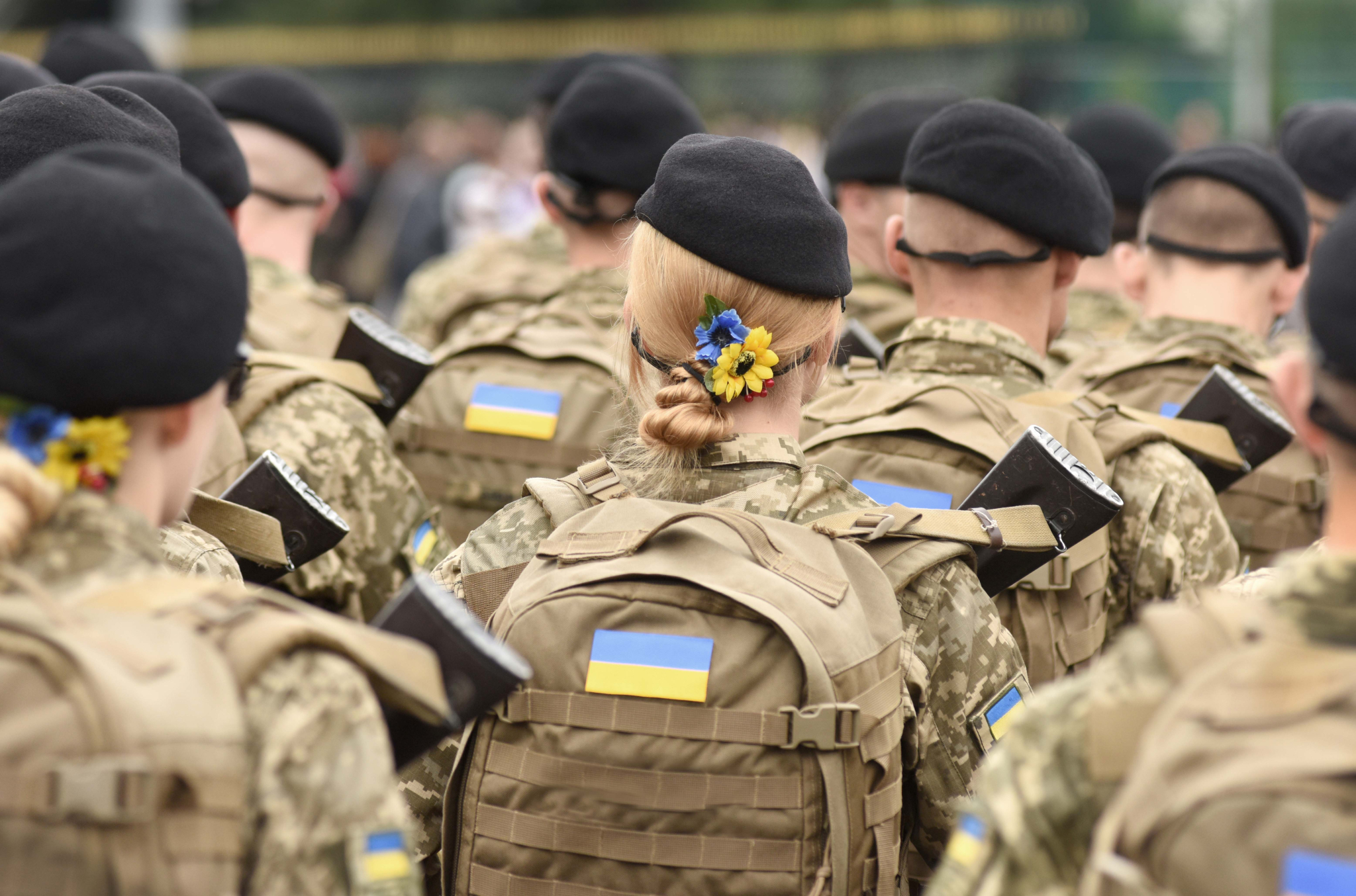 Ukrainian solders carry their country's flag on their uniforms. In the face of Moscow’s Russia's war in Ukraine, a stable and “rules-based” international order appears increasingly out of reach. Photo by Shutterstock
Previous story

After many prior systemic shocks — the Iraq War, the Great Recession, the election of Donald Trump and the COVID-19 pandemic — Russia’s invasion of Ukraine marks the definitive end of the post-Cold War era and the hopes that underpinned it. In the face of Moscow’s act of naked aggression, a stable and “rules-based” international order appears increasingly out of reach.

A new era calls for a new approach to how Canada interacts with the world. Foreign policy analysts have been pointing this out for some time, arguing that Ottawa must prepare for new threats and adapt to an uncertain world — one where functional multilateral institutions and reliable access to the American market can no longer be taken for granted.

However, less frequently discussed is whether a changed world should give Canada cause to revisit its old, tired and cliché-replete foreign policy discourse.

These clichés have become so commonplace that the country’s educated classes hardly question them. But it only takes one cursory glance at each to realize they are wholly unsuited to the task of guiding Canada’s international engagement in this new era.

For example, one often hears federal politicians offer their interpretation of Canada’s “role in the world.” This deceptively sounds like it is about foreign policy, when, in fact, it is a domestic identity discourse — an idea less concerned with what our national interests are and more with what it means to be Canadian in an international context.

A related trope one regularly hears from our leaders is that Canada’s international priorities reflect “who we are,” as if the rest of the world had any interest in the question.

We are also regularly told that “the world needs more Canada.” But does it? Canada has placed itself before the world twice this century in efforts to win a seat on the UN Security Council. Twice the world has said, “Thanks, but no thanks.”

If the world needing more Canada should be taken to mean the world should resemble our country more than it does now, then it is a lovely aspiration, but one entirely divorced from the current global trend, which appears to be headed decidedly in the opposite direction. If rather it implies that our government should get more serious about international affairs, then it runs up against an evident lack of political will in Ottawa and — given that our elected politicians presumably reflect public opinion — among Canadians in general.

What of the need for greater Canadian “leadership” on the world stage? This would assume the rest of the world is interested in being led by us, when for most countries, Ottawa is increasingly an afterthought. From today’s vantage point, one is hard-pressed to believe that Canada can play a leading role in shaping the future regional security orders of key theatres, such as Europe or the Indo-Pacific.

Moreover, our chattering classes often present the idea of leadership as an end in itself, in place of undertaking the intellectual effort necessary to identify the scope of our national interests and whether assuming international “leadership” is necessary to achieve them.

Opinion: We are regularly told that “the world needs more Canada.” But does it? asks @zpaikin @Diplomacy_Peace. #cdnpoli

Last is the notion that we are a “middle power.” The reality is that we are simply not as important as we used to be. Our increased dependence on the United States, our smaller relative weight in a globalized world, and our general disinterest and lack of investment in international affairs all leave us unequipped to play the role of a middle power, even if we wanted to.

Canada is self-evidently not in the same league as France, Germany or Japan when it comes to its economic or diplomatic footprint in world affairs. One wonders why we are even part of the G7. Managing the continental trading relationship, making occasional contributions to the transatlantic Alliance and tending to a few issues on the extremities (such as Venezuela or the Rohingya people) does not a middle power make.

The world of today is different from that of the Cold War, or even that of the post-Cold War period. So is the position we occupy in that world. It is long past the time for Canada to abandon these outdated tropes and replace them — not with a reactive and ideologized approach focused on countering potential threats, but rather with a clearer and more sober understanding of the national interest.

Zachary Paikin is a research fellow at the Institute for Peace and Diplomacy and a contributing author to Marginalisé : réflexions sur l’isolement du Canada dans les relations internationales, published in August by Presses de l’Université Laval.

We're in a disinformation war with Russia. So far, they're winning

In any case, often our

In any case, often our involvement and "leadership" has been rather bad for the world. In Haiti, we helped conspire to bring down the democratic government of Jean-Bertrand Aristide, and have helped occupy the country and suppress democracy there ever since. In Honduras we backed a 2009 coup and continued backing the government that resulted despite its widespread human rights abuses and Honduran society's descent into poverty, violence and dominance by criminal gangs--largely because nominally Canadian mining companies were welcomed to extract resources by as dirty methods as they pleased. In Venezuela, we worked hard to create and build the now-defunct Lima Group, dedicated to damaging Venezuela by whatever means possible; in theory, this was because the president of Venezuela was a "dictator", but our politicians know perfectly well that he was democratically elected in a process better and more reliable than that of most countries in the world, certainly better than the American process. We backed the American claim that a man was president who never ran for president and was the leader of a small party with very few seats in the Venezuelan legislature. We backed illegal sanctions, attempted coups, and flat out theft of Venezuelan money and assets. We were, in general, more Catholic than the Pope, more American than the Americans, in our insistence that it was fine to violate international law massively on spurious pretences to try to take down a country whose real sin was keeping its oil nationalized and instituting welfare state social programs. Perhaps Canada was also annoyed that Venezuela was trying to control its gold mining fairly firmly, which might cut into profits of some nominally Canadian gold mining companies.