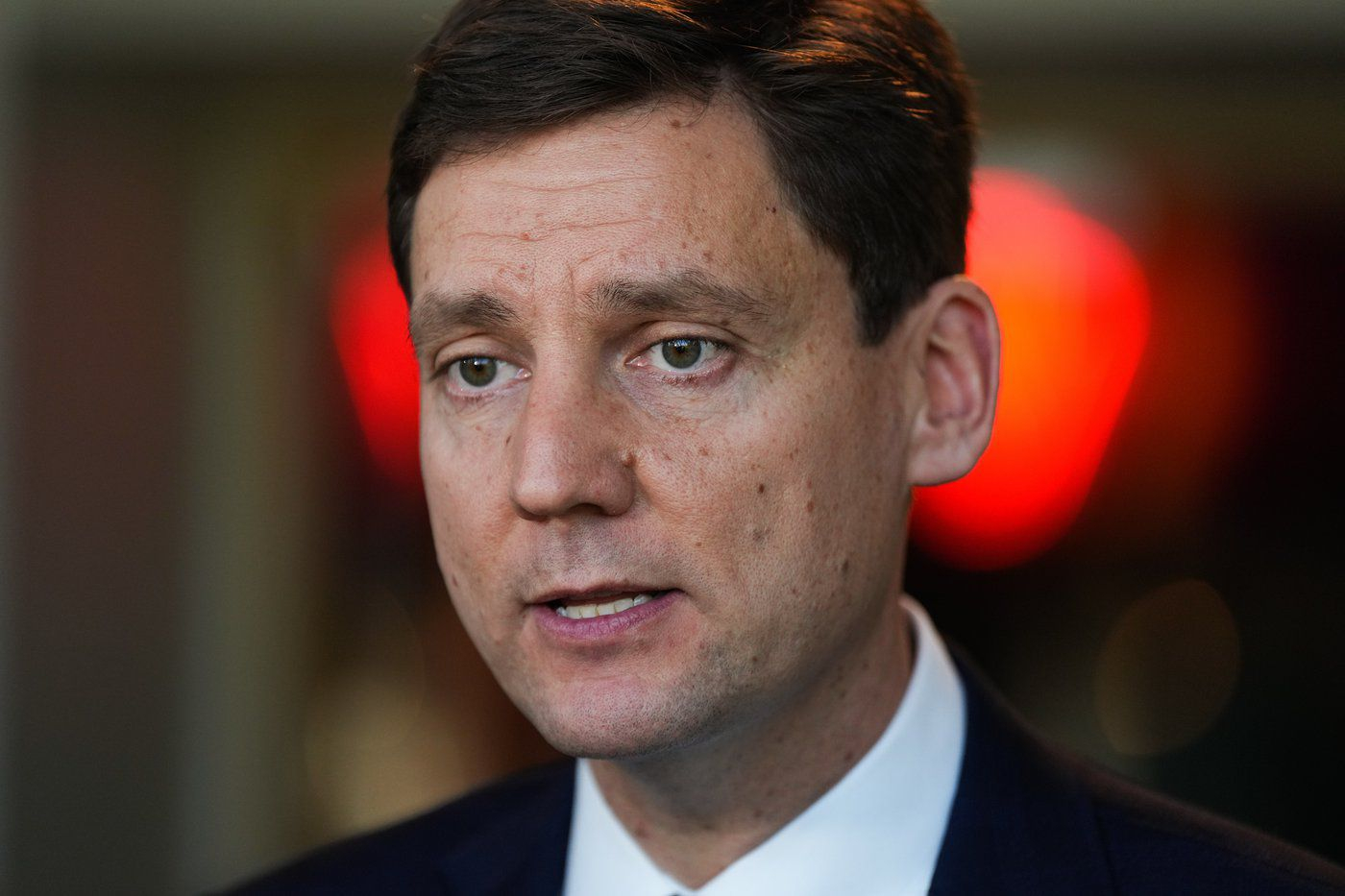 B.C.'s premier-in-waiting says the supporters of his disqualified rival can find a home in the party he is set to lead.

David Eby will be declared the British Columbia NDP leader on Friday, clearing the way for him to become premier of the province, but it's been a bumpy ride.

In his first public comments since the only other candidate for the job, Anjali Appadurai, was disqualified, Eby said he has "mixed feelings" about how the leadership contest ended and has already sent an email to current NDP members to encourage them to stay involved.

"Like all New Democrats, I am excited about having discussions about where our government is and where we should be going and (I) have had those discussions across the province," he said.

"And I see in Anjali a person who's enthusiastic, brought a lot of energy, got a lot of people engaged in the party. I want those folks to stay engaged and want that conversation to continue."

Appadurai said she will remain a member of the NDP and has no plans to halt her political activism.

"I categorically reject I am an outsider to this party," she said at a news conference held at the front steps of the legislature. "I'm going to continue to stay involved."

Eby is scheduled to hold a news conference Friday after he becomes the party leader to lay out plans for his first 100 days in office. Details regarding his transition to the premier's office are still being worked out, he said.

Eby said he is grateful to Appadurai for getting more people involved.

"Government is an incredibly important way to deliver for people what they're looking for and I know British Columbians want to see action on climate and I'm committed to that too," he said.

"I'm ready to go and I'm very, very, very pleased David Eby is going to be the next premier of B.C.," said Horgan at a news conference. "I'm a British Columbian and I want a confident, competent, compassionate leader and he fits that bill."

Eby is the former attorney general and housing minister. He had no competition for the job until environmental activist Appadurai entered the race.

The party disqualified her late Wednesday after a report by the party's chief electoral officer found she "engaged in serious improper conduct" by working with third parties, including the environmental group Dogwood BC, for membership drives on her behalf.

Horgan acknowledged the controversy surrounding the leadership race and blamed the Appadurai campaign.

"These things happen, sometimes campaigns are not following the rules," Horgan said. "This has become a much more public affair. I'm fine with that and I'm sure the Appadurai campaign is fine with that. It strikes me that was their objective from the beginning."

He said leadership races often create tensions and at times candidates are disqualified.

Horgan cited the removal of federal MP Patrick Brown from the Conservative leadership race for membership sign-up breaches and the rejection of B.C. Liberal candidate Aaron Gunn for espousing views inconsistent with that party's commitment to reconciliation, diversity and acceptance of all people in B.C.

Horgan became testy during the news conference, saying Appadurai supporters where calling and emailing the volunteer members of the NDP executive who met to decide her campaign's fate Wednesday.

"I can't be more frustrated by that type of thuggery," Horgan said, ending the news conference abruptly.

"I think I'm done here," he said. "Thanks very much everybody, I'll see you around."

The transition date for the new premier had previously been set for December following a Dec. 3 leadership election vote, but that process has now changed with the disqualification of Appadurai, leaving Eby the only candidate.

A statement from the party's chief electoral officer, Elizabeth Cull, said that after the executive's decision to disqualify Appadurai, she will declare Eby the new leader on Friday.

Eby met virtually with his caucus colleagues on Thursday and cheers and clapping could be heard from outside the room.

Ravi Kahlon, Eby's campaign co-chairman, told the media afterwards that the party has been through a difficult process but is united behind Eby.

"For us as a caucus, we're ready to get to work because we know that's important to British Columbians," Kahlon said.

"There was a lot of excitement in the room."

Kahlon said Eby is sticking to his campaign pledge not to call an early election.

The next provincial election is scheduled for October 2024.

"David's been clear, we already have a mandate from the public," said Kahlon. "He's indicated we have a mandate, there's an election date and we're certainly going to proceed to do the work we need to do to that date.

Cull's report concluded Dogwood BC solicited "fraudulent memberships" by encouraging members of other political parties to join the New Democrats so they could vote in the race.

Appadurai and Dogwood deny any rules were broken.

Appadurai said her campaign represented the start of a grassroots movement to drive social change and revitalize the party structure of the NDP.

Appadurai said her campaign revealed a challenge to the traditional power structure of the NDP establishment.

“We rose too fast and we caught power off guard, she said.

Appadurai said she was disappointed about being disqualified from the leadership race, but is consulting with "trusted advisers" about possible next steps with regards to a potential challenge of the party decision.

Elections BC said in a statement Thursday that it has closed its review into possible political contributions from Dogwood BC to Appadurai's campaign after the NDP's decision to disqualify her.

The review was started when complaints were made alleging Dogwood's activities in the leadership race may constitute in-kind political contributions under the Elections Act, it said.

Kahlon said he expected the NDP to unite and build strength under Eby's leadership despite the controversy surrounding Appadurai's campaign.

— With files from Ashley Joannou

"B.C.'s premier-in-waiting says the supporters of his disqualified rival can find a home in the party he is set to lead."
Ah, that's very sweet, but your party has called me a colluder and a cheat, when I'm simply someone who'd like to see the party that governs me give a flying %$#@ about the climate emergency. Why would I possibly want a home in a party that calls me names like that while completely ignoring their own climate change policies?