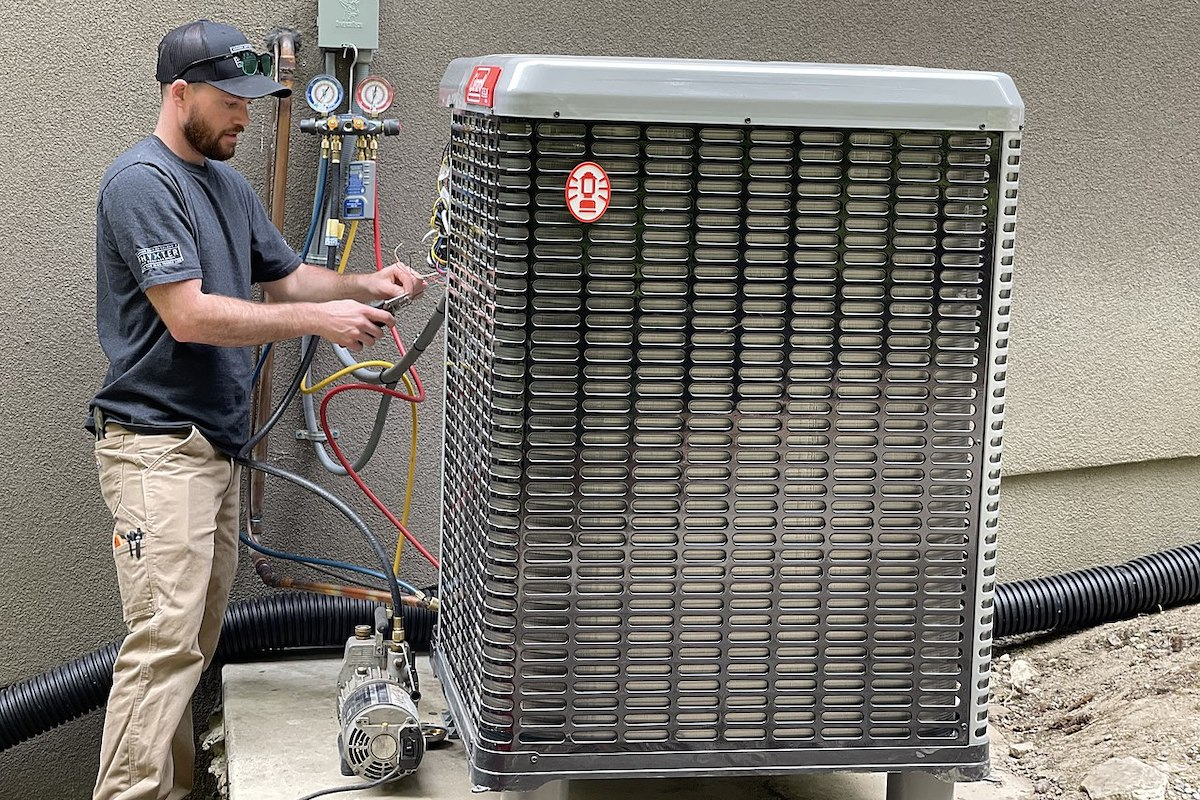 Canadians are eager to use federal funding to retrofit their homes, but the biggest energy savings — such as installing a heat pump — will break the bank without additional programs. Photo by Phyxter Home Services / Wikimedia Commons (CC BY 2.0)
Previous story

Announced Monday, the grant of up to $5,000 will be available in early 2023 through the Canada Greener Homes Initiative portal for homeowners with oil-heated homes and a household income of roughly $53,000 or less.

The program will provide Canadians with the grant money upfront because “many low- to moderate-income homeowners are often unable to carry upfront costs associated with the installation of heat pumps,” the press release said.

“It's a bit of a breakthrough in terms of policy at the federal level because it removes the upfront cost barrier, which is what has made Greener Homes inaccessible to Canadians with low income,” said Haley, who has been vocal about the need for energy-efficiency programs targeted at lower-income Canadians.

With the Greener Homes grant and loan programs, applicants pay for renovations and energy assessments upfront and receive the funds afterwards.

“That's not possible for someone who is living paycheque to paycheque,” said Haley.

The Oil to Heat Pump Affordability grant is targeted at the Atlantic provinces, which have the highest proportions of homes heated by oil. Estimates put Prince Edward Island at 56 per cent, Nova Scotia at 39 per cent, New Brunswick at 15 per cent and Newfoundland and Labrador at 15 per cent, according to the press release.

Importantly, the federal government seems to have tailored the new grant to work with existing provincial programs for low-income homeowners, said Haley.

“That's really critical, because this is basically a program to give free heat pumps, but a lot of houses also need help with air sealing and insulation and improving that building envelope so that the heat from the heat pump is not just flying out of your (windows and walls),” he said.

The federal government recently announced a new grant of up to $5,000 to help lower-income homeowners switch from carbon-intensive oil heating to efficient heat pumps by removing cost barriers and layering programs. #cdnpoli #HeatPumps

Canadians are encouraged to stack federal, territorial, provincial and utility programs to switch from oil to a heat pump and take on other energy-efficient renovations, including the Greener Homes grant of up to $5,000 and interest-free loans of up to $40,000.

Switching to a cold-climate heat pump can save people between $1,500 and $4,700 a year on energy bills, according to the federal government’s release. These efficient heating and cooling systems are proven alternatives to both cut carbon emissions and home heating costs, it emphasized.

NDP MP Charlie Angus welcomed the announcement in a statement on Monday. He also urged the federal government to take the GST off home heating costs for people on fixed incomes.

The new grant was unveiled the day before the federal government announced the federal fuel charge and rebate will apply to three additional provinces: Newfoundland and Labrador, Nova Scotia, and P.E.I.

The latest household spending data from Statistics Canada reveals about 90 per cent of low-income energy costs come from natural gas and electricity usage. In the Prairie provinces, British Columbia and Ontario, natural gas is a far bigger expense than in Atlantic Canada.

“The next step is to design a national approach, which is accessible to all low-income Canadians, regardless of what fuel they use,” said Haley.

Good step, but the government

Good step, but the government should consider funding (in terms of a loan) a more holistic approach that includes heat pumps AND envelope improvements ( weather sealing, insulation and windows). There are examples of this (Ithaca, NY) whereby the funds are advanced with loan payments guaranteed to be no more than the reduction in energy costs from the retrofits.