Film interconnecting colonization and deforestation in the boreal screened for senators, ministers 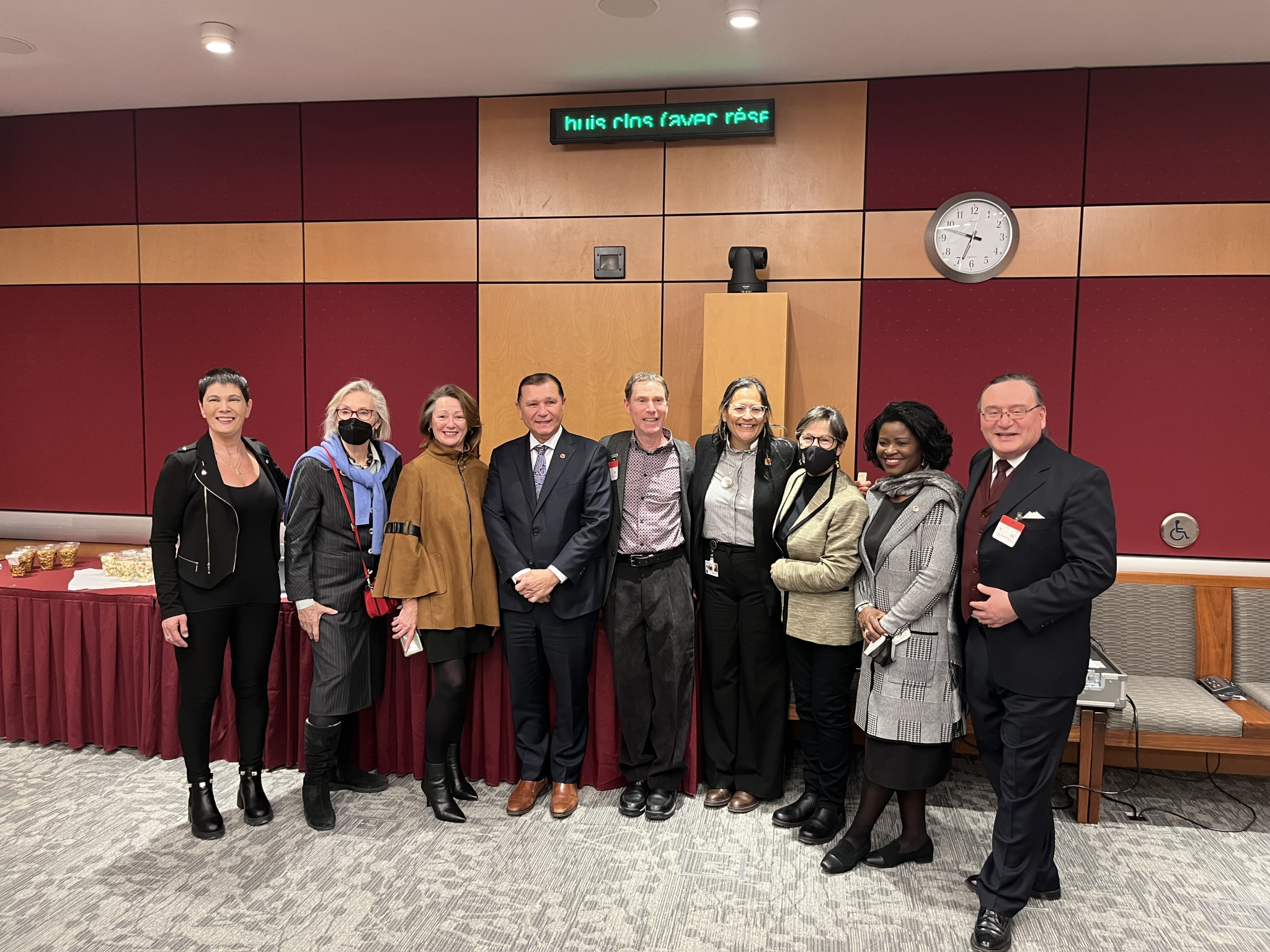 Nestled underground near the Chateau Laurier and down a long corridor sits a room reserved for in-camera Senate committee meetings. But on Nov. 23, ministers, senators and NGO representatives gathered before two small projector screens, not unlike a small university seminar, to watch and discuss a film that interweaves the deforestation of the boreal forest and colonial policy.

The event was hosted by the film’s producer, Sen. Michelle Audette, and director Michael Zelniker. Popcorn and pop lined the room’s back tables, while the Senate committee on climate change and the current and former ministers of Crown-Indigenous relations, Marc Miller and Carolyn Bennett, sat in the front rows.

To screen the film for policymakers is an opportunity to force change among those who make decisions, Zelniker said. Individual change is important, but the best an individual can hope for is to force the hand of policymakers themselves.

Unfortunately, Minister of Natural Resources Jonathan Wilkinson wasn’t in attendance for the film screening, which gave a passionate defence of the boreal forest through the stories of First Nations Elders. The boreal is an essential carbon sink, yet the Canadian logging industry harvests 80 per cent of its lumber from old-growth boreal trees, according to the film.

In total, over eight million trees a day are harvested, the film explained.

Its name, The Issue with Tissue: A Boreal Love Story, points to where much of that harvest is ending up. Boreal trees are cut down for their refined pulp fibre, which can pollute waterways, in order to mass-produce newsprint and paper products like toilet paper. Take, for example, the devastation of mercury poisoning in Grassy Narrows First Nation in northwestern Ontario due to a pulp mill.

Janet Sumner, the executive director of Canadian conservation organization the Wildlands League, attended the screening. For her, the film captures the parallel between climate collapse and colonization.

It’s the idea that a colonial civilization can extract as much as it wants, no matter the resource, and bulldoze First Nations through deliberate policies like reserves and residential schools. The tradition continues today as ancestral territories, so-called public land, remains harvested at unsustainable rates, the film argues.

“We’re still seeing that playing out with clear-cutting of our forests… We haven’t changed our ways yet,” Sumner said.

Carbon trading: A tool for reconciliation or colonization?

Does anyone know where to go

Does anyone know where to go to watch this film? We are in Tobermory ON so likely need to watch on-line ([email protected]). Thanks!