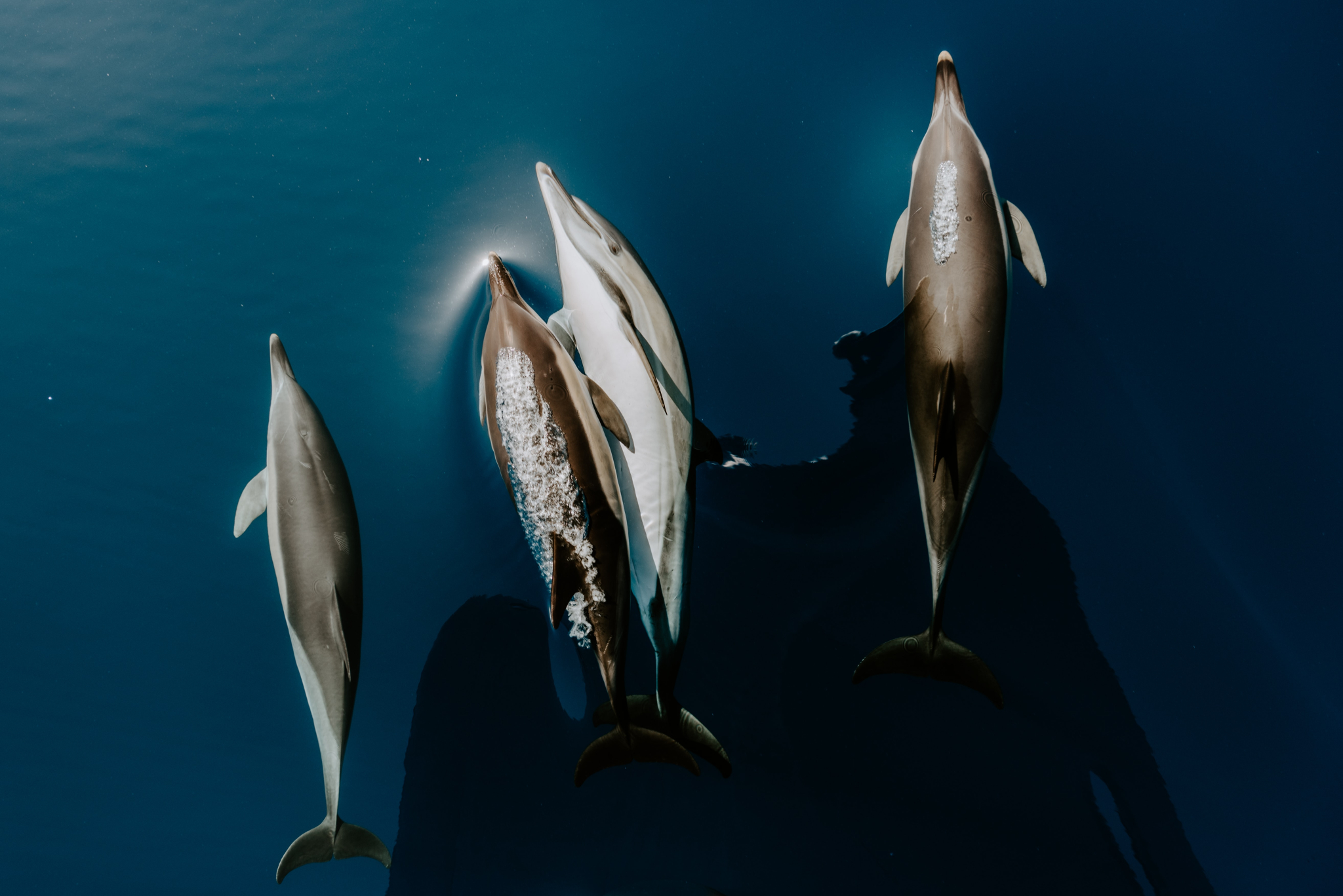 The ocean plays host to over 80 per cent of the planet’s biodiversity, from the smallest zooplankton to the largest Antarctic blue whale. And offshore oil production threatens them all, environmental groups and ocean experts say.

On the sidelines of Montreal's biodiversity conference, where countries are tasked with protecting the natural world, representatives from the U.K., Brazil, Norway, Canada and Argentina homed in on one company, Equinor, exploring for and producing oil off their shores.

The Norwegian-owned company has three new offshore oilfields under development: Rosebank in the U.K., Bay du Nord in Canada and Wisting in Norway, as well as pending projects and active exploration in Argentina and Brazil.

From the Santos Basin near the coast of Brazil to the Flemish Pass off Newfoundland and Labrador’s coast, rich and diverse marine life is threatened by offshore oil activity. University of São Paulo biologist Misty Rizzo said the Santos Basin is an important migratory route and home to dozens of vulnerable cetaceans, like the southern right whale. In 2021, an $8-billion project was sanctioned in the area, and exploration continues off the coast.

“Birds, dolphins and whales are very sensitive to noise … communication in migratory behaviours might be affected,” she explained.

Concerns around offshore projects in Brazil are similar to those Canada’s National Observer uncovered about Equinor's plans off the coast of Newfoundland and Labrador.

Offshore oil harms biodiversity in all stages of production and exploration, Rizzo noted. Before companies operate offshore oil projects, they go through an exploratory process to decide where they want to drill. During that stage, they do seismic surveys and exploratory drilling to look for fossil fuel deposits. When Rizzo talks about noise, she’s referencing the sonic booms from airguns used to find fossil fuels, as well as the ongoing noise pollution from projects and ships when a rig is operational.

At the United Nations conference now underway in Montreal, representatives from nearly 200 countries are working to develop an agreement to halt and reverse worldwide biodiversity loss. On Tuesday evening, groups from the United Kingdom, Brazil, Norway, Canada and Argentina came together to highlight the hypocrisy of their nations continuing to allow offshore oil activity while gathering to protect nature at an event hosted by Collectif COP15. The risks to biodiversity can be chunked into three categories, explained panellist Gretchen Fitzgerald of the Sierra Club Canada Foundation: noise, spills and climate.

On Tuesday evening, groups from the United Kingdom, Brazil, Norway, Canada and Argentina came together to highlight the hypocrisy of their nations continuing to allow offshore oil activity while gathering to protect nature. #COP15

Airguns can be 100,000 times louder than a jet engine and are a constant during exploration. Rafael Colombo, a lawyer opposing exploratory activity off Argentina’s coast, said a blast occurs every 10 seconds, 24 hours a day, “putting the entire biodiversity of the Argentine sea at risk.”

That noise causes hearing loss and general stress for whales and dolphins, which use sonar to find food and communicate. If the blasts occur in their habitat, they can often be scared to return to find food and can experience lower rates of reproduction due to stress. A 2019 study found an 88 per cent decrease in sightings of baleen whales (such as humpbacks, which have no teeth) and a 53 per cent decrease in sightings of toothed whales (dolphins, for example) during seismic surveys in the northeast Atlantic Ocean.

In Canada, off the coast of Newfoundland and Labrador, more than $238 million worth of exploration licences were recently awarded by the provincial-federal regulator, and earlier this year, Nova Scotia announced a call for exploration bids after a lull in exploratory activity.

Although Fitzgerald was concerned about the uptick in exploratory activity in the Atlantic Ocean off Canada’s coast, she said one project poses an especially worrying risk. Equinor’s Bay du Nord, which received federal environmental approval in the spring, is set to be Canada’s first deepwater offshore oil project.

If a spill were to occur that far from shore, it would have tremendous impacts on marine life and biodiversity, she said. The project is over 500 kilometres off the coast, and the environmental assessment for Bay du Nord said it could take up to 36 days to cap a spill if a subsea blowout occurred. Fitzgerald noted a CBC interview where Frédéric Cyr, a Fisheries and Oceans Canada scientist involved in the assessment process, said based on Equinor’s data, the chance of a spill is 16 per cent over the lifetime of the project, a number she describes as unacceptably high.

In the assessment, a handful of areas with vulnerable marine life are listed near the Bay du Nord site. “High aggregations of Greenland halibut and spotted wolffish … marine mammals, particularly harp seals, hooded seals and pilot whales” are located 30 kilometres away from the site in an area called the Northeast Slope, the assessment notes. A UN-recognized ecologically or biologically significant area actually overlaps with the would-be site of Bay du Nord, where there are corals, sponges, a high diversity of marine life, including threatened species, and an international halibut fishing ground.

We’ve seen what can happen when a catastrophic spill occurs, panellists noted at Tuesday’s event. The 2010 BP Deepwater Horizon spill, the largest in U.S. history, killed 11 people and "likely harmed or killed about 82,000 birds of 102 species; about 6,165 sea turtles; as many as 25,900 marine mammals; and a vast (but unknown) number of fish — from the great bluefin tuna to our nation's smallest seahorse — plus oysters, crabs, corals and other creatures," according to the Center for Biological Diversity.

If Bay du Nord is built, offshore production and the oil it produces will emit 30 million tonnes of carbon dioxide pollution annually — the equivalent of more than six million cars being driven for a year. Those emissions, Fitzgerald explained, will contribute to climate change. The same is true for proposed projects in the U.K, Argentina, Brazil and Norway.

Climate change warms oceans: the sea has absorbed around 90 per cent of the heat created by human-caused emissions, leading to “ice melting, sea level rise, marine heat waves, and ocean acidification,” according to the UN.

While humans deal with worsened hurricanes, floods and fires, the ocean suffers through its own extreme weather. In 2021, about 60 per cent of the ocean went through at least one marine heat wave, including in British Columbia, where it's estimated a billion tidal creatures died during the heat dome.

Latest estimates from the UN Educational, Scientific and Cultural Organization find more than half of marine species could be on the brink of extinction by 2100. Like for the rest of the world, each degree of warming has a profound impact on biodiversity in the sea: “A warming of 1.5 C threatens to destroy 70 to 90 per cent of coral reefs, and a 2 C increase means a nearly 100 per cent loss — a point of no return,” writes the UN.

That’s why the panellists have banded together to pressure Equinor to back out of oil and pivot to renewable sources of energy through an alliance called Equinor Out of Oil and Gas. They call it a winnable fight and note some of the company's projects, such as Bay du Nord, have not been financed yet.

After Bay du Nord’s green light, environmental groups, including the Sierra Club, launched a lawsuit to try to overturn its environmental approval. The Mi’gmawe’l Tplu’taqnn Inc. (MTI), an organization representing eight Mi’gmaq communities in New Brunswick, joined in, saying the project will harm the environment, was unlawfully approved and should be overturned. Specifically, they noted the risk the project poses to salmon.

At the COP15 conference in Montreal, Equinor Out of Oil and Gas is advocating for an end to oil and gas and spreading information about offshore oil’s impacts on marine biodiversity in hopes it will inspire measures to protect the sea. The conference aims to reverse biodiversity loss by 2030 and achieve recovery by 2050, and experts say biodiversity loss mitigation measures and emissions reductions are required to reach that goal.

Ahead of the conference’s final agreement, in which many countries are pushing to conserve 30 per cent of the world’s lands and waters by 2030, Ireland came forward with its own measures for marine life, and the country’s allocated area for biodiversity in its waters has now tripled as part of the nation’s own 30x30 goal.

As of now, Fitzgerald notes: “The measures in place are not sufficient to protect biodiversity or to keep our climate promises. And folks should know that Canada has a long record of not keeping its climate promises, sadly.”

I'm willing to bet the BP

I'm willing to bet the BP spill also caused environmental illness amongst people.
In addition, the sonic blasts from testing also endanger the hearing of people, especially children, who might be beneath the water's surface.
This was covered in mainstream media around the turn of the century.