By Elizabeth McSheffrey | Analysis, Energy, Politics | October 2nd 2017
#3 of 42 articles from the Special Report: The Price of Oil 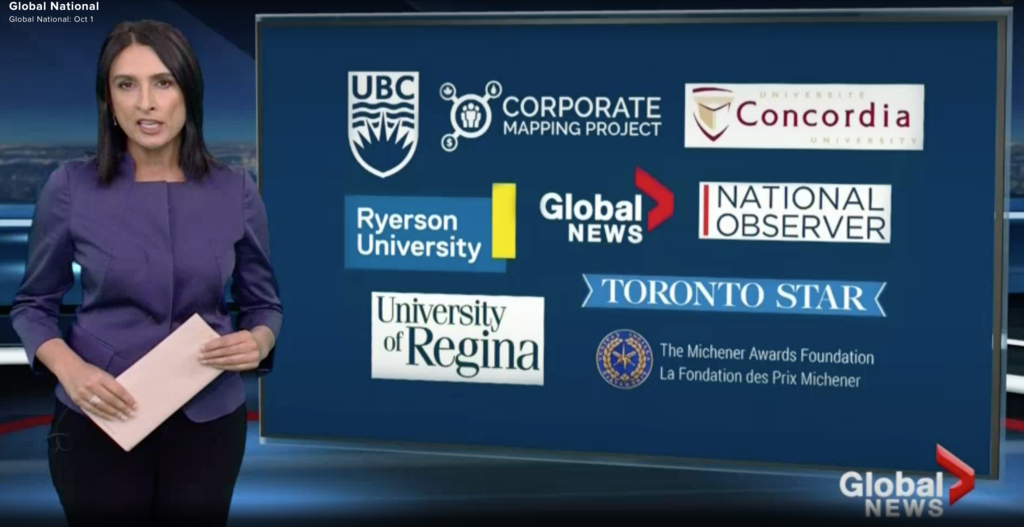 On Sunday, National Observer published the first two chapters of an unprecedented Canada-wide investigation called The Price of Oil. It's the largest national journalism collaboration in Canadian history.

The first two stories reveal an astonishing set of industry compliance failures that occurred over five years with the knowledge of the provincial government in Saskatchewan. Many of them dealt with hydrogen sulfide (H2S), a gas that in high concentrations is deadly to humans.

These articles detail what took place behind closed doors between industry and government in the prairie province as public complaints of sickness and injury piled up. In May of 2014, a worker died on the job from exposure to H2S. Where were the public danger warnings? What did the Saskatchewan government do to mitigate the risks?

Find the answers below:

Mike De Souza and I have been working on this investigation for a year now, along with an exceptional team of reporters, students, academics and researchers across the country. We can personally attest: there is a powerful story, behind these stories.

Here's how The Price of Oil came together, what it means for you, and what you can expect in the weeks to come as we publish the rest of this groundbreaking investigation.

The Price of Oil is the largest national journalistic collaboration in Canadian history, examining the power and influence of Canada's lucrative oil and gas industry. Video produced by the University of Regina School of Journalism

It started with a couple of tips

Like many major investigations, this one started with a tip. Emily Eaton, a University of Regina geography professor and member of the Corporate Mapping Project, told Patti Sonntag that something was amiss in Saskatchewan's oilpatch when it came to H2S, and media coverage of incidents involving the toxic substance.

Sonntag, a managing editor with the news division of The New York Times, had already secured funding for a project on underreported stories in rural areas from The Michener Awards Foundation. She decided to follow up as part of her contribution to the Corporate Mapping Project, a collaborative group of researchers examining the ways corporate power is organized and exercised within Canada's fossil fuel industry.

Sonntag brought The Price of Oil investigation to the Toronto Star’s Robert Cribb who was already building a national student network devoted to providing investigative support to newsrooms (the National Student Investigative Reporting Network). They joined forces, and Concordia University’s Department of Journalism acted as host and headquarters for the project.

At the University of Regina, professors Patricia W. Elliott and Trevor Grant joined, bringing in their class of 13 investigative reporting and video students. At the University of British Columbia, Peter Klein and Sandra Bartlett added four students. Cribb’s class of eight students at Ryerson
pitched in, as did Sonntag’s class of eight students at Concordia.

The Price of Oil would become the National Student Investigative Reporting Network's test run. It worked.

Global News aired the first part of its Price of Oil investigation on Mon. Oct. 2, 2017 with investigative reporter Carolyn Jarvis. The second part will air on Global National at 5:30 CT/MT/PT and 6:30 ET/AT on Tues. Oct. 2, 2017. See the Toronto Star's version here.

Two more seasoned reporters joined the project. National Observer's Mike De Souza brought a record of strong reporting on the oil and gas industry and a number of inside sources. Carolyn Jarvis of Global News had a number of government documents on hand.

Like Eaton, De Souza had received a tip about H2S issues in Saskatchewan, and his industry sources painted a picture of what was going on behind closed doors. They told him there was a battle underway in corporate boardrooms between those who wanted to fix the problem and others trying to protect the status quo.

Together, with Cribb and Sonntag, the new additions to the team provided journalism students with a set of veterans to work with.

Over the course of a year, students and journalists examined thousands of industry and government documents, analyzed terabytes of data and delved into dozens of access to information requests. They went into the field, spoke with government and industry insiders, and those impacted by the operations of oil and gas facilities.

It was an exhilarating process to be a part of, involving many late nights (some sleepless), an unhealthy amount of coffee, and thousands of pings in the group message channel at all hours. There are more than 30 students and 50 reporters and editors in total. Sonntag and Elliott (a new Corporate Mapping Project member) were able to secure additional funding and help from the CMP.

And the investigation is far from over — more reporting is coming on the power, influence and impact of the oil and gas industry in Canada. Stay tuned for more news on the topics and publication dates.

A blueprint for collaborative journalism

This project contains powerful implications for all Canadians, including in Saskatchewan, which is the focus of the first two parts of the series. It raises important questions about government regulation of industry, the relationship between those groups, and the way decisions made behind closed doors have impacted communities in the shadow of the oilpatch. At its most basic level, it exposes readers to a potential safety threat that may lurk in their own backyards.

At a time when newsroom budgets are shrinking and fake news runs rampant on the Internet, my reporter's soul was invigorated by this investigation. How empowering it was to work with journalists in other newsrooms, benefit from their insight and expertise, and connect with the next generation of Canadian journalists.

Sonntag, now back in New York City, agrees. She's concerned however that this unprecedented investigation may be the last of its kind in Canada. In a written statement, she and Cribb explained:

"While journalism’s brutal economic realities has given birth to a vibrant non-profit investigative model in the U.S. where collaborative investigative teams in every state are now doing groundbreaking public interest reporting with deep financial support, the reality in Canada is much different.

Sonntag, Cribb and the faculty members involved now are calling on Canadian educational institutions, the federal and provincial governments, and readers to support the National Student Investigative Reporting Network and other initiatives like it.

I for one, would love to see, and participate in, another massive project like The Price of Oil.

Please subscribe to National Observer to support more reports in this series.

A terrific collaboration. thank you! Caught the Global videos as well.

What are the next steps in Saskatchewan?

I am an admirer and supporter

I am an admirer and supporter of your excellent reporting. Thank you.