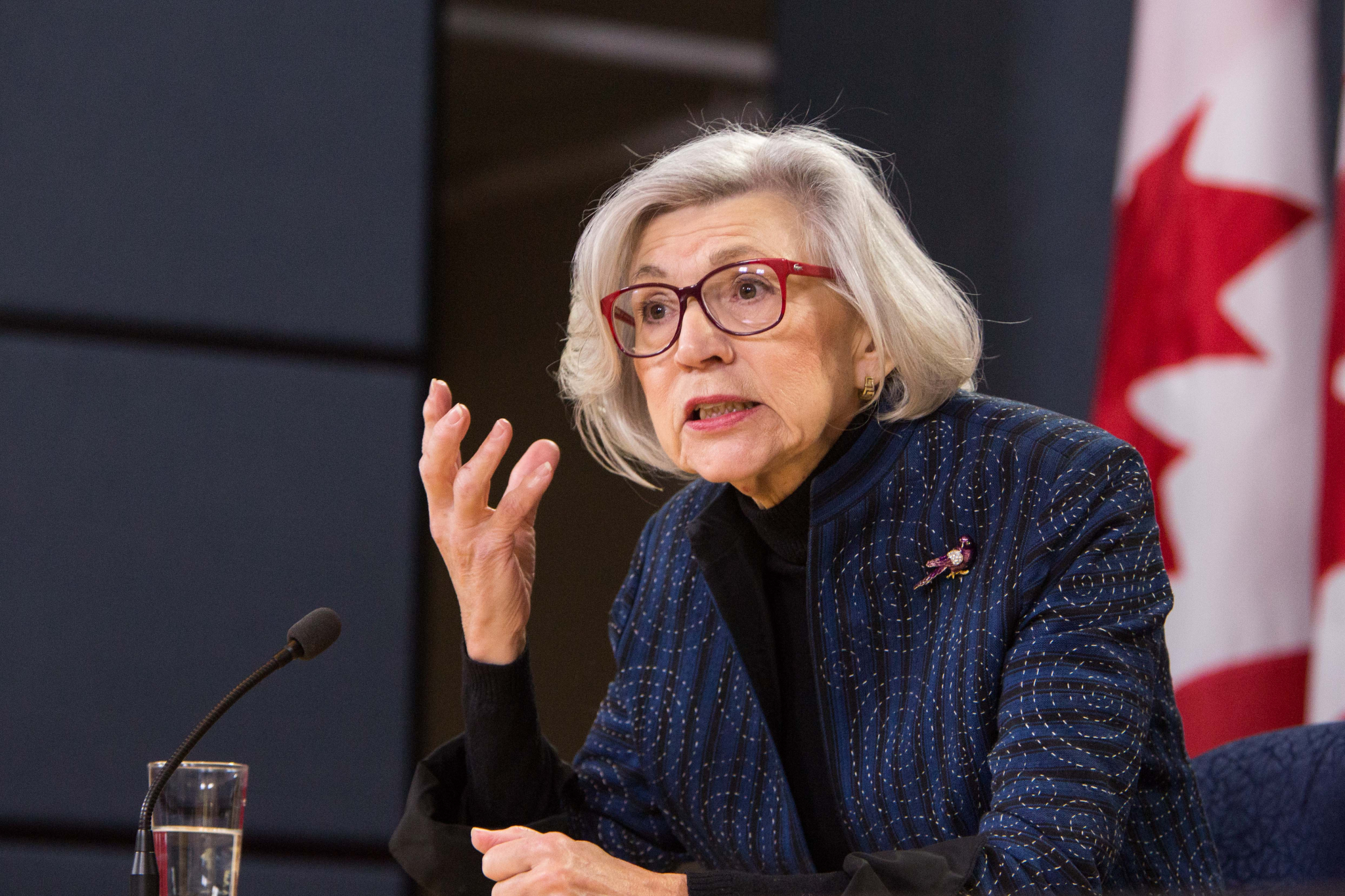 The ability of Canada’s judges and courts to fend off political interference is ultimately in the hands of the Canadian public, says outgoing top judge Beverley McLachlin.

McLachlin retired from the Supreme Court of Canada after 28 years, including 17 years as the high court's chief justice, and thousands of cases. Her replacement, Montreal-born Richard Wagner, will be sworn in on Monday at Rideau Hall.

At her final press conference as chief justice on Dec. 15 in Ottawa, she discussed what she felt were the most important safeguards in Canada against a growing global trend of political interference in judicial systems.

Champions of independent judiciaries, for example, have criticized U.S. President Donald Trump's attacks on judges and U.S. law enforcement, and his pardon of a sheriff convicted of disregarding a court order. They have voiced concern over Turkey's dismissal of thousands of judges following an attempted coup, and new laws in Poland and Romania they say boost political control over the legal system.

“We have deep respect for our Charter of Rights and Freedoms among the people of Canada, and we have a public that values an independent judiciary, which is the best defence,” said McLachlin.

“If people stand up and say, ‘We can’t attack our judiciary, we want an independent judiciary,’ that is — in a democracy such as ours — the best way to preserve the rule of law and judicial independence.”

'We can hope it won’t happen in Canada'

Judicial independence is the principle that both sides of a legal case should receive fair and equal treatment, free of outside influence. McLachlin once said in a May, 2001 speech that “few principles are more important than judicial independence. But few are so little understood.”

Canada’s judicial independence is embedded in the country’s constitution, which describes how judges must be appointed, and in the Charter, which states that any person charged with an offence has the right “to be presumed innocent until proven guilty according to law in a fair and public hearing by an independent and impartial tribunal.”

At the press conference Friday, McLachlin said that following the Second World War, the world experienced a “continual expansion of civil liberties, human rights, the growth of an independent judiciary and the rule of law throughout the world.”

“And now...we can point to countries where the rule of law seems to be being undermined, where judges are no longer as independent as we might wish, where they are constrained, or where their orders are not enforced,” she said.

“What do we do about it? We can hope it won’t happen in Canada.”

McLachlin weighed in on several topics at the press conference, from delays in the criminal justice system to her 2014 showdown with former prime minister Stephen Harper after his office accused her of inappropriately intervening in the defeated nomination of Marc Nadon.

She told CBC News this week, in her first public comments about that episode, that she was "shocked" and "astounded” by the accusation.

"I knew I hadn't done anything wrong...I thought about it and I said, ‘Well, you know, I'm not going to get into into a fight. Judges can't get into fights with politicians,’” she said. “But I do believe the public is entitled to the facts.”

The court came out with a statement pushing back on media reports of the feud. “At no time was there any communication between Chief Justice McLachlin and the government regarding any case before the courts,” it read.

Fielding multiple questions on the incident from a room full of reporters Friday, McLachlin declined to elaborate on her remarks to the public broadcaster.

“I don’t think I have much more to say on that. I have spoken about it as much as I was prepared to at the time — which was very little,” she said.

“Basically, it was something that happened. It all turned out fine, and I really don’t think I have much more to add.”

McLachlin said she’s always tried to be “reasonably circumspect” in her public remarks about any topic. She’s tried not to be political, talk openly about recent Supreme Court cases, or discuss what’s coming before the court.

She expressed hope that she had made the court more open and had tried to “reassure” Canadians that the courts are theirs.

She said she believes that, "as chief justice of the country, there is a role to be played in explaining or commenting on justice issues, as they play out in the courts, to the Canadian public.”

'Everybody knows that wrongs were done'

McLachlin said she was proud of developing Indigenous rights while she was on the high court.

The Supreme Court has ruled on a number of such cases recently, including on the Peel Watershed, blocking the Yukon government from rewriting a land use plan, and on Clyde River, which said Indigenous people don’t have a veto over resource projects affecting their territory.

In 2015, McLachlin made waves after she said Canada attempted "cultural genocide" against Indigenous peoples. "The most glaring blemish on the Canadian historic record relates to our treatment of the First Nations that lived here at the time of colonization,” she said at the time.

“‘Indianness' was not to be tolerated; rather it must be eliminated. In the buzzword of the day, assimilation; in the language of the 21st century, cultural genocide.”

At the press conference, she said she was “very proud” of what the court has done in the area of Indigenous rights. She described her work as the "development of a legal structure into which Indigenous rights can function” and called it “very, very important and interesting work.”

“We know, historically — everybody knows — that wrongs were done, that there was a policy of undermining...Indigenous cultures,” she said.

“We’re now embarked on a process of looking at our history, and learning from it, and this is what we call the process of reconciliation….the courts have played a role in this, and it’s been an interesting and important role.”

I'm proud of this woman and

I'm proud of this woman and her contribution to our country.

Beverly McLachlan is a great

Beverly McLachlan is a great Canadian. Judicial independence is a cornerstone of the rights of every Canadian, even when, and indeed, ESPECIALLY WHEN, those rights have to be extended to the least desirable, and the most reviled of us. THIS is what it means to live in a free country. There are those who really do not agree with this ideal, and Mr Harper was one who fell into this group. So are many of his minions, who would freely set aside important principles to seek the approval of an uninformed and often ignorant population. We need to insist that our politicians stand FOR our rights and our constitution. At all levels and all of the time.