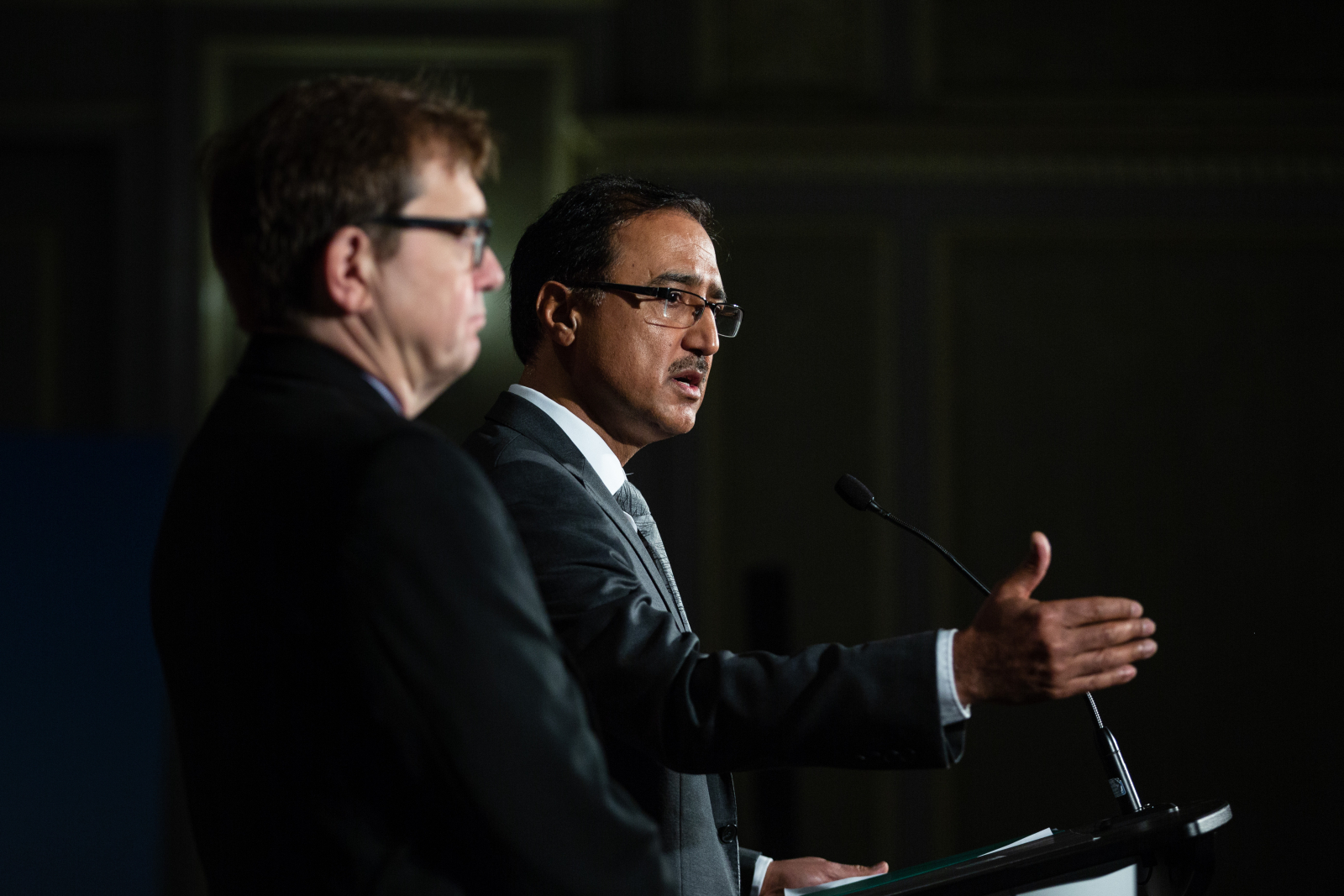 A communications specialist for the Sierra Club of B.C. Foundation says an error on the National Energy Board's website could confuse potential participants in the latest review of the controversial Trans Mountain pipeline expansion.

"This is what happens when you do a rush job," Kat Zimmer told National Observer in an email. "It’s another sham process, trying to shut people out and deny participation. They’ve got a predetermined outcome, just like the last review process. There’s no real difference between this and Harper’s approach."

Last week, Natural Resources Minister Amarjeet Sohi announced he was directing the pipeline and energy regulator to redo its assessment of the Trans Mountain pipeline expansion, after the Federal Court of Appeal quashed the Trudeau government's go-ahead on the project. Sohi said the NEB has 22 weeks to get the new process underway.

Zimmer spent all day Thursday trying to apply to participate in the new review. When she finally got through the online process, she was thrown by reference to an Oct. 3 deadline for participants to apply to be heard, and she hastily made calls to the NEB.

Zimmer said she was concerned that people might be confused, as she was, about who the Oct. 3 deadline applied to. She stressed the necessity of transparency, accurate information and clarity around the new NEB report process.

When asked about the confusion, NEB spokesperson James Stevenson said the information has since been fixed on the site. James Stevenson also told National Observer over that the Oct. 3 deadline was set by the NEB "because the federal government gave the NEB 155 days to have the entire process done."

"This is the schedule required to get the work done..." he said. "Natural Resources Canada gave the instructions."

National Observer reported earlier this week on the NEB's announcement that gave members of the public and intervenors less than a week to apply for comment and register for an upcoming public hearing. Chiefs of affected First Nations expressed immediate concern about steps they said would be ill-fated and prevent the transparency needed for meaningful relationships with the government. On their main page, the NEB said people need to apply to participate in the reconsideration process by letter of comment, and that they must be directly affected or have relevant information about the project.

Chiefs of affected First Nations, involved in the federal court of appeal court decision that ultimately quashed the last project approval, have raised concerns about the way the government is moving ahead. Natural Resources Canada has received questions about concerns raised by critics and the tight deadline from National Observer. They will respond as soon as they're able, spokesperson Samuelle Menard wrote in an emailed response.

As the National Energy Board rushes to get their work done within the federal government's 22-week deadline, critics, including First Nations chiefs affected by the project have expressed frustration over the process. #cdnpoli #TransMountain

In a post cabinet media scrum Thursday, Sohi took responsibility for ensuring that the government "move(s) forward in a responsible way, in a very thoughtful way that allows us to get this project back on track in the right way because taking hasty decisions is not something we want to do."

"We will be announcing our next step in relations to the balance of the federal court ruling shortly," he told reporters in the House of Commons foyer. The government has not yet clarified how they will address consultations with affected First Nations.

Didn't Justin get elected [at

Didn't Justin get elected [at least partially] on a promise to re-do the NEB Review Process? Has this been done, or will the same Harper Appointees be making the same call they did last time around?

You need to ask? Why would

You need to ask? Why would you think Trudeau had done what he'd promised? Smoking too much weed? That's the only promise he's keeping and he's counting on a stoned voter base to not remember the promises he broke. Working out well so far too as far as I can see. That said I *am* looking forward to the edibles. :-)

Of course it's the same bunch of oil industry shills.

Yes, it is the small three

Yes, it is the small three Harperite Stooges that will be making [the same] decision again.

Are we supposed to believe it

Are we supposed to believe it was a mistake based on the word of the NEB itself?

We do have the government we deserve if we buy that.

As I understand from the NEB

As I understand from the NEB’s letter of September 26, there are four categories of people or groups.

1.) Those who wish to provide input to the NEB on various aspects of the hearing process. Deadline is October 3.

3.) Others who wish intervenor status must fill out a complete Application to Participate. Deadline October 3.

4.) Those who wish to submit a letter of comment. Deadline to be determined. [note: page 2 of the letter states the deadline is October 3; this appears to be an error]

The rôle of an intervenor is not yet specified, and could be recomended by those responding to 1.) above.

I found the documents confusing and repetitive. This is presumably the result of the rush. It is also apparent that the person actually writing them did not have the process clear in her or his head.

On page 7 of the letter is stated ”Trans Mountain is directed to serve this letter on its list of interested parties.” If past experience is a guide, I expect Trans Mountain to hire a third party to send an e-mail to unspecified people; and this e-mail to appear to be spam or phishing. It will come from someone you have not heard of, at a company you have not heard of, an uninviting subject line, text which means nothing to an ordinary person, and an invitation to click on a link. The NEB’s Rules of Practice and Procedures require an e-mail to be followed by a hard copy. Both the NEB and Trans Mountain have been violating this rule since the beginning. My attempt to get them to amend their ways was unsuccessful. Someone needs to go to court over this.
The cure for the moment is not to provide an e-mail address (or you can provide it but ask them not to use it), in which case they will communicate by Canada Post or courier.

I have been both commenter and intervenor, but have not received this notice, even though I am clearly an interested party.

If you find out too late and miss a deadline, file a Notice of Motion with the NEB to allow you to file late. The NEB has in the past been sympathetic to such requests.