Foreign-funded environmentalists and other red herrings 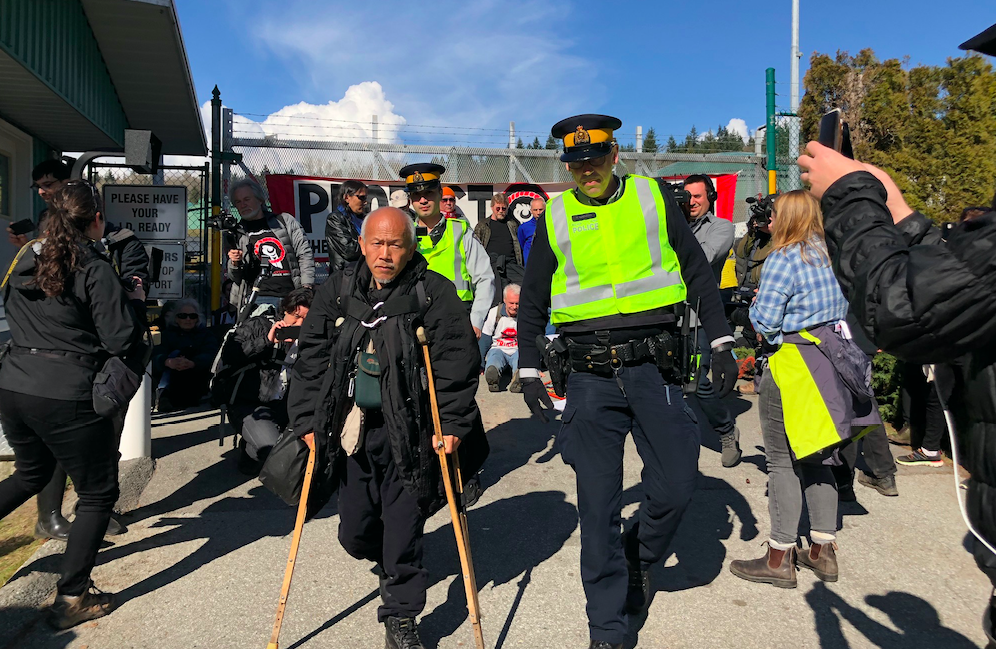 There’s a smear campaign being run by big oil and their cheerleaders. They’re trying to delegitimize and demonize Canadian environmental groups for taking U.S. money. It’s a red herring. And so are their other arguments against climate action. Let’s have a look:

Yes we did and we would do it again. Climate change is a global issue; it doesn’t know borders. If U.S. philanthropists are willing to support the efforts of Canadian environmentalists to fight climate change, we will happily accept their money. (To any U.S. philanthropists reading this: Please send more money! We’re being outspent 100 to one. See below.)

You bet they are. Foreign companies have billions of dollars invested in the oil sands and other fossil fuels in Canada. The amount of foreign money that has been invested in expanding Canada’s oil and gas industry dwarfs any amounts that have gone toward fighting climate change – by a long shot! It’s not even worth comparing the two.

By the way, Kinder Morgan (the company that abandoned the Trans Mountain Pipeline) is a Texas-based company. And LNG Canada (the company that won approval for a massive LNG terminal in B.C.) is a foreign-owned consortium. It seems they just called themselves LNG Canada for branding purposes.

Yes – but not for our climate and energy work. Some U.S.-based foundations are supporting our efforts to protect the Great Lakes and fight the resurgence of toxic algae in Lake Erie. The Great Lakes are shared by the U.S. and Canada, so it makes complete sense that U.S. foundations have an interest in protecting the lakes, just as they do in keeping climate change from spinning out of control.

Why is so much attention paid to the oil sands and pipelines?

The oil and gas industry is the largest source of carbon pollution in Canada – and rising. If we hope to reduce Canada’s greenhouse gas emissions, we can’t keep growing the largest slice of the emissions pie while trying to shrink the whole pie. And pipelines enable that emissions growth.

"Climate change requires collective action and the bad actions of others cannot justify bad actions by us." - @envirodefence ‏

But there’s another reason why so much attention is paid to oil and pipelines. It’s because CAPP and the Canadian and Alberta governments have spent tens of millions of dollars on public relations campaigns over the years to try and get Canadians on side with unfettered oil and gas expansion. Alberta spent $23 million on advertising last year alone.

If we don’t produce the oil, it just comes from somewhere else. So how does that help the environment?

A study by the Stockholm Environment Institute found that increasing Canadian oil production increases global carbon emissions, and decreasing Canadian production avoids emissions. This is because it’s not true that another country will produce a barrel of oil if Canada does not. In fact, according to the study “global CO2 emission reductions (largely outside Canada) that could result from limiting Canadian oil production could be substantial, as they could be on a similar scale as Canada’s in-country actions.” This is partly because almost all oil production in the world is less emission intensive than the oil sands.

Why are Canadians trying to shut down Canada’s oil and gas industry?

We’re not. We’re advocating to stop the expansion of the oil and gas sector and we’re working to encourage a conversation about the need to transition away from fossil fuels over time in a way that’s fair to workers and communities. The environmental and economic liabilities are piling up, and Canada keeps throwing good money after bad to try to boost an industry that needs to wind down. We don’t need to shut it down today, but we do need to plan for an exit from oil and gas.

Why should we bother to reduce our emissions as the U.S., China and India are the big polluters?

Actually, Canada is the highest per capita carbon polluter in the G20. Canada is one of the top 10 global polluters in absolute terms. If we don’t have a responsibility to act, what about the 180 countries that emit less?

Climate change requires collective action and the bad actions of others cannot justify bad actions by us.

Canada, we need to wake up. If we don’t want to get left behind economically, we need to invest in transition to a low-carbon future and away from oil and gas.

Keith Brooks is the programs director at Environmental Defence.

Great article, Keith, and necessary in today's climate - political and environmental! What we mustn't forget is the huge contribution of fracking to the greenhouse gases we are emitting in Alberta - under monitored and underreported.

'Cause, ummm, the big oil

'Cause, ummm, the big oil companies never ever EVER get money piped to them from the US and other nations, right? AmIright?

To say nothing of the Koch

To say nothing of the Koch brothers' funding of the "free market" BS spewing "think tank", the Fraser Institute, and foriegn funding of the neo-liberal Canadian Taxpayers Federation.
Thanks for the article!