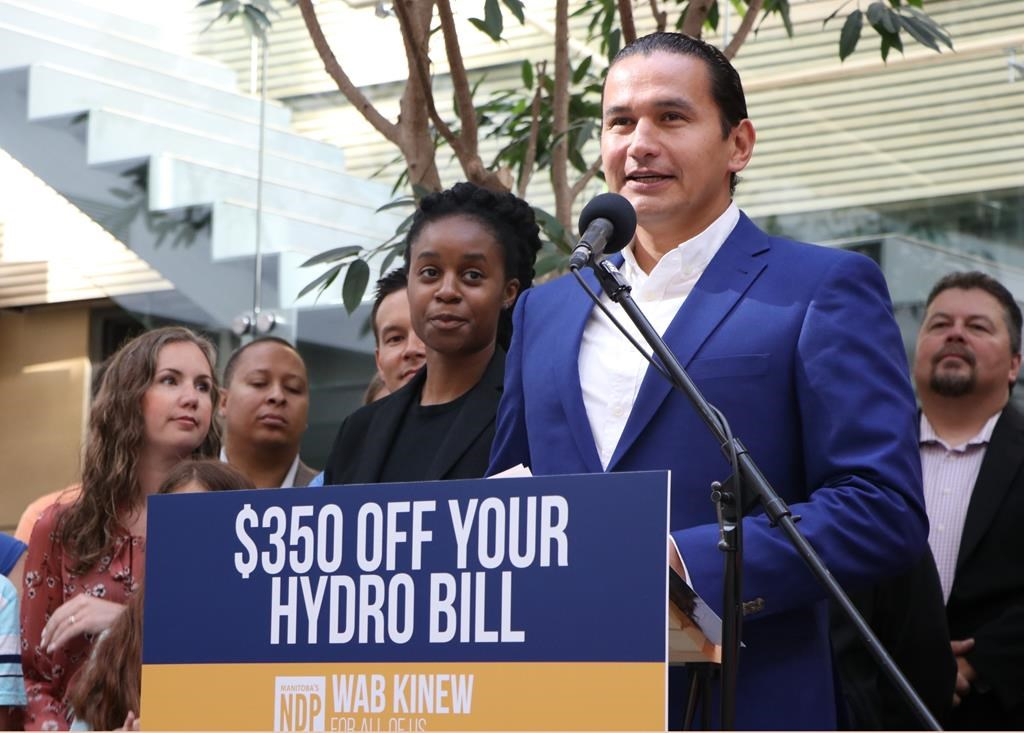 Wab Kinew made the announcement on Monday, Aug. 26, 2019 in Winnipeg saying under an NDP government the carbon tax would not rise to $50 when the federal level is set to increase in 2022. Photo by The Canadian Press/Kelly Geraldine Malone
Previous story

The Manitoba NDP is promising to keep the carbon tax at its current level and give a $350 rebate on energy bills if elected Sept. 10.

Leader Wab Kinew says the carbon tax would stay at $20 a tonne and not rise to $50 a tonne when the federal rate is set to increase in 2022.

Kinew says he would try to convince Ottawa to accept the lower rate by showing how there are incentives for households to adapt to more efficient technologies.

Manitoba backed off its tax plan entirely last year and Ottawa imposed its own levy in April.

It is joining Saskatchewan, Ontario and Alberta in fighting the tax in court.

Kinew also promised that Manitoba Hydro would be transitioned into a renewable energy company.