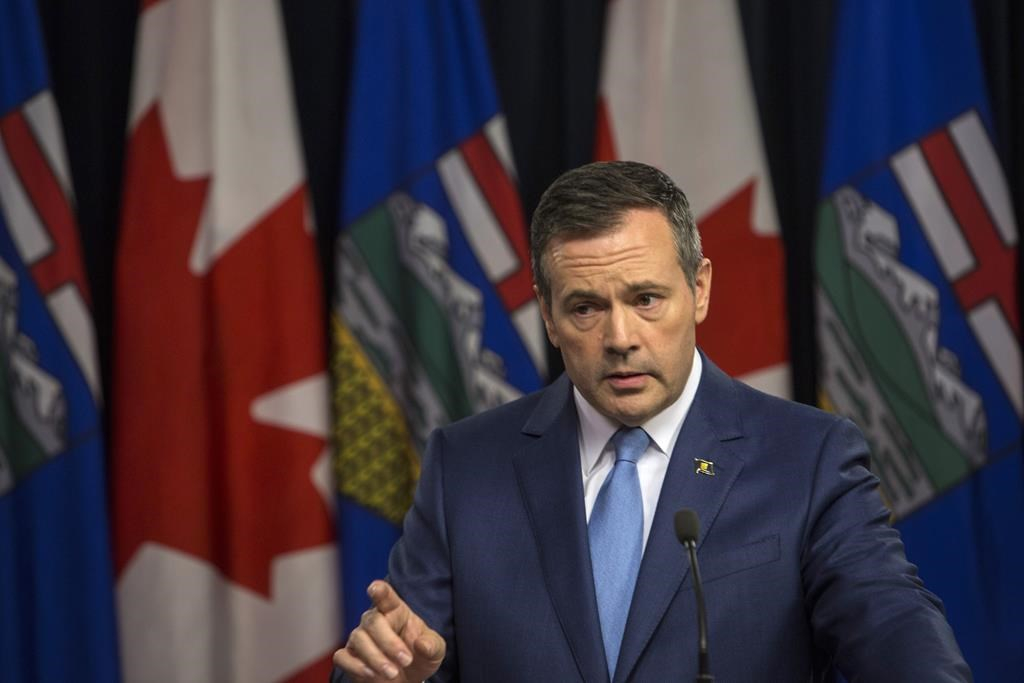 This is part one of a four-part series adapted from the feature “A data-based dismantling of Jason Kenney's foreign-funding conspiracy theory,” originally published on Oct. 3, 2019.

As long as the foreign-funding conspiracy theory was a lone researcher’s crusade, this thing had a great run.

Underdogs are popular, and suspicion of foreign plotting is a guaranteed box office winner.

Now that it’s official Alberta government policy, however, things are about to get a lot trickier.

The foreign-funding conspiracy theory is a house of sand, where every pillar crumbles to the touch.

At its core, this theory, which Jason Kenney has adopted as the Alberta government's, is that the province has been targeted by a cabal of American foundations led by the Rockefellers in a deliberate campaign of economic sabotage. And that by directing money and influence to an anti-pipeline movement called the Tar Sands Campaign, these foundations seek to advance American energy interests by landlocking Canadian oil.

As I wrote earlier in September, the sham outrage over foreign money is just a cynical ruse. Unscrupulous governments are employing it around the world to discredit, silence and intimidate environmental dissent, and ultimately to choke off resources to activist groups.

Nobody cares about foreign money, least of all Jason Kenney.

No sooner did the premier release the terms of his foreign funding inquiry than he set off for New York, cap in hand, to raise more foreign money for the oil industry.

The Canadian oil and gas industry, jauntily waving the maple leaf, is loaded with over a hundred billion dollars in foreign ownership. It sells millions of barrels of oil to foreigners every day, and now wants a pipeline to increase the foreign markets it can sell to.

And all of this is cheered on daily in a foreign-controlled national newspaper chain.

That's just by way of a little perspective.

The claim of conspiracy is an accusation of fraud

The direct or indirect claim of conspiracy, at its heart, is an accusation of fraud and breach of trust, based entirely on circumstantial evidence. It's the suggestion that charitable dollars are diverted for a covert purpose and that multiple organizations are colluding in that deception.

A scheme like this would necessarily involve senior foundation leadership acting in concert, and with malice, to subvert the bona fide charitable objectives of their organizations.

That's a serious claim that has inflamed public opinion, and damaged reputations and community trust within Canada. It should not be made lightly or on thin evidence, and should be treated with special skepticism when advanced by government leaders.

Not least because we're in a climate emergency and have better things to do than discredit those working hardest to address it.

Curiously, Kenney's public inquiry terms of reference are far more cautious than his fiery rhetoric. Despite tarring foundations and environmentalists as "anti-Alberta," they sidestep entirely the issue of motive or intent, which is central to the allegation of conspiracy or bad faith.

The public, having been led to believe that charitable foundations are corruptly working against the public interest, is entitled to a deeper analysis of motive than the inquiry will examine.

That's what we'll look at in this series.

To assess the conspiracy theory's veracity, I reviewed data from Candid, America's most comprehensive foundation and charitable monitoring site.

With a $29-million budget and staff of 140, Candid gathers and maintains detailed data and statistics on hundreds of billions of dollars in grants by 155,000 U.S. and international charitable foundations, non-profits and all U.S. federal agencies. Public tax returns recorded and accessible. Most, but not all, major international funders are included.

The material is cross-referenced, tabulated and readily searchable.

So I searched it.

For the last nine months.

I surveyed tens of thousands of grants totaling well into the billions of dollars, looking for patterns, practices and organizational cultures. I double-checked for errors in coding and data entry (yep, found some). Looking for the network effect, I examined partnership constellations, funding pathways and changes over time.

A lot of superficially significant data often turns out to be just noise. It's only with exposure to high volumes of data that one begins to discern materiality.

Candid's data is not a substitute for detailed grant reviews — it's best employed for detecting large patterns and trends.

My research took me further, to reviewing the backgrounds of directors and key employees of multiple foundations, and examining years of financial statements. I was looking for indicators of weak governance or undue influence within each of the impugned organizations. Family foundations have a tendency toward having family members in lead governance roles, whose priorities and biases can show up in granting patterns.

I checked whether the founder is alive and active in governance and oversight (two major funders are). I reviewed for direct or indirect evidence of impropriety — for instance, claims of misconduct by former employees or independent witnesses. I studied media reports, scholarly and industry research, and spoke to experts in the non-profit world, as well as to parties directly involved or who had personal knowledge of the circumstances.

I then reviewed the oil and gas sector.

What follows below is a distillation of that research.

Overall, there are variances in culture between philanthropic organizations and some steadfast consistencies. Some are very conservative and apolitical, even among the most environmentally committed. Others are more supportive of activism.

In reviewing thousands of grants, these patterns become more evident over time.

The foundations funding the Tar Sands Campaign bore no markers of fraud or unscrupulous conduct within leadership. All of them appeared to be transparent and fully compliant with all legal requirements. There is no direct evidence of misconduct.

But there were surprises.

Every core tenet of Kenney's conspiracy theory is false

So how do you test a conspiracy theory, anyway?

The same way you tell if your income is high or low. You find the normal range and run comparisons. You check proportionality and look for deviations and irregularities.

After all these years, the most striking feature of the foreign funding conspiracy theory is what isn't there.

In the absence of comparables, the near endless recitation of international grants to Canadian pipeline opponents is virtually meaningless. Selected samples of raw data don't reveal more than random pixels in a photograph.

Once these data points are placed in their proper context, i.e., in relation to more complete data and other evidence of surrounding circumstances, the fuller picture emerges.

At that point the theory just collapses.

Not to put too fine a point on it, but every core tenet of Kenney's conspiracy theory is flatly and demonstrably false.

Reviewing years of grant history, broad patterns and missing context are immediately apparent. For the sake of simplicity, unless otherwise stated, all figures represent the period from 2009 to the present, measured in Canadian dollars.

These are the nine key myths embedded in the foreign funding conspiracy theory. In the remaining three instalments of this series, we’ll examine those myths in groups of three.

Spoiler alert: They're all false.

It is Jason Kenny and the

It is Jason Kenny and the Conservatives that are trying to kill the Transmountain Expansion not, witches in the night as he would have you believe. It ties in with Bill C69 which contrary to what Kenny says, has nothing to do with oil. It has everything to do with the Weatherford Project which is designed to move 2/3 of the flow of the Peace River to the US border. A river at 1/3 capacity will die, go stagnant.

Bill C48 put order into the pipeline negotiations and allowed the Trans Mountain to proceed. The preceding bills it replaced allowed the minister to overturn any negotiated settlement which made a deal impossible. That set of legislation was put in by Harper and Kenny.

What is driving this is the US demands we do not ship oil off our west coast into Indonesia and China! The Conseratives are obliging. In their world it is US considered first then, Canada.