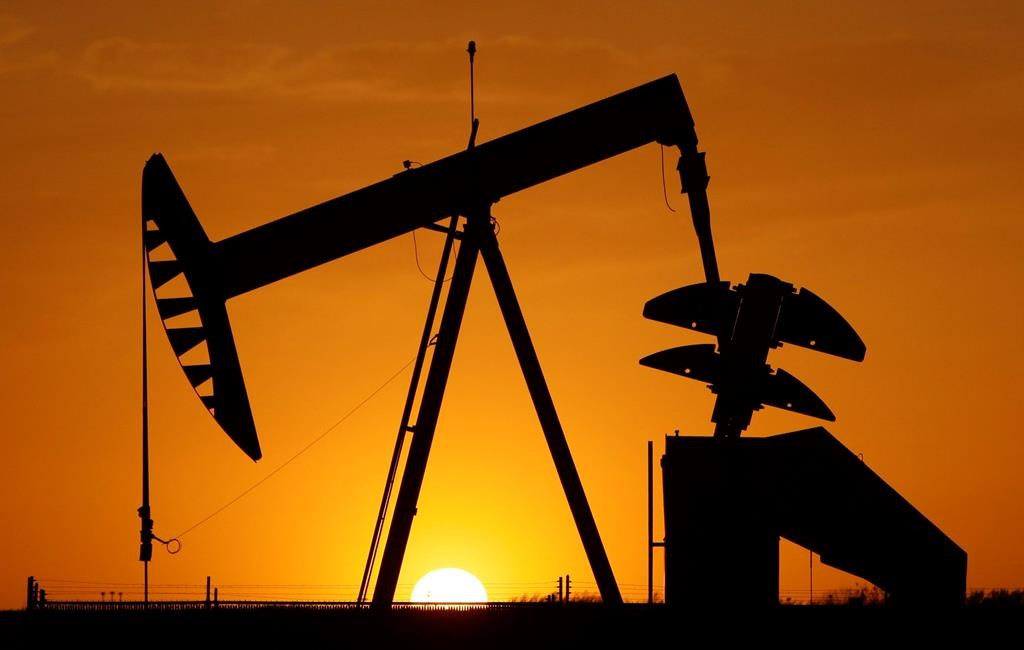 In this March 22, 2012 file photo, a pumpjack is silhouetted against the setting sun in Oklahoma City. File photo by The Associated Press/Sue Ogrocki
Previous story
Next story

The Petroleum Services Association of Canada has revised its 2020 Canadian drilling forecast to an almost 50-year record low of 3,100 oil and gas wells, a level not seen since 2,900 wells were drilled in 1972.

PSAC interim CEO Elizabeth Aquin says more than $7 billion of capital investment in the energy sector has been cancelled to date this year thanks to demand destruction from measures to deal with the COVID-19 pandemic and a supply surplus due to an oil price war between Russia and Saudi Arabia.

She said blockades of the Coastal GasLink Pipeline and cancellation of the Frontier oilsands project have also hurt investor confidence in the Canadian oil and gas industry.

PSAC chairman Mark O'Byrne says the industry appreciates government assistance such as $1.7 billion in federal funding to clean up orphan and inactive wells in Alberta, Saskatchewan and British Columbia, but will need more help to ensure survival.

The new forecast represents a decrease of 1,400 wells, or 31 per cent, from PSAC's original forecast of 4,500 wells announced in October.

"The majority of the impact will be felt on the oil side as supply overwhelms demand and storage levels surge to capacity," said Aquin.

"This has left producers little incentive to drill for more with the price of a barrel of oil now fetching less than a cup of coffee. We expect to see a 38 per cent drop in activity for oil wells versus 2019."

This report by The Canadian Press was first published April 30, 2020 .

I think this might actually mark the end of the oil industry, after (if) the remaining overflow of oil is sold. With the fear of an economic crash, the sudden drop in consumer spending, and a near-death blow to the tourism industry...the remaining oil is gonna be stuck for a while.

The only thing that could bring it back to life now is an increased dependence on petrochemicals for other uses besides energy. Even then, that may still require increased consumer confidence.

Why are any new wells being

Why are any new wells being drilled? We know that every new well contributes to global warming. We simply have to stop building new fossil fuel infrastructure. Now.