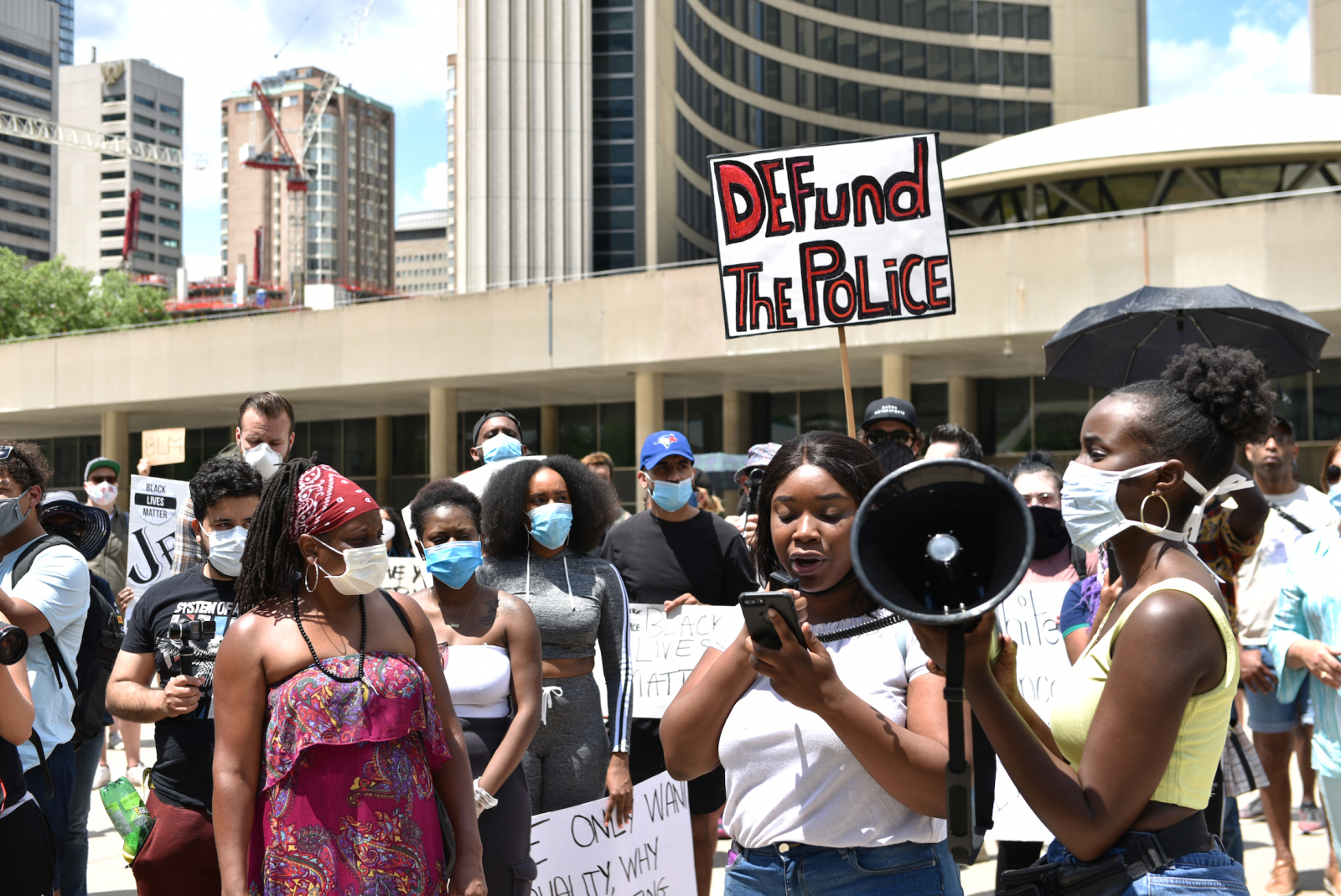 Thousands of people took to Toronto streets on June 6, 2020 to protest anti-Black racism and police brutality. Photo via Shutterstock
Previous story
Next story

Toronto will develop alternative community safety models in the wake of sustained protest against police brutality, city council agreed on Monday, but will not enforce any specific cut to the force’s 2021 budget and will in fact spend millions more on body cameras.

The move to reform police operations in Canada’s most populous city will include the creation of a non-police-led response to mental health-related calls not involving weapons or violence, as well as other initiatives proposed by Mayor John Tory to eliminate systemic racism in policing and provide greater accountability, but will likely disappoint those calling for more radical change.

The council was responding to what one councillor described as an outpouring of collective outrage and a determined push for change from city residents in recent weeks, as people across North America and elsewhere take to the streets seeking racial justice.

That groundswell comes as COVID-19 hits racialized communities particularly hard and follows a string of recent officer-involved deaths of Black people, Indigenous people and people of colour, including in and around Toronto.

“Police is not protecting us,” said Beverly Bains, a member of the No Pride in Policing coalition that marched on city hall on Sunday in support of a call from Black Lives Matter — Toronto for a 50-per-cent cut to police funding in the 2021 budget.

“The police is not protecting BIPOC (Black, Indigenous, People of Colour) queer and trans and BIPOC people, nor homeless people, nor marginalized people,” she said. “The police protects private property, the state’s interests, which is capitalist, and corporatized interests. It does not protect the most vulnerable.”

Councillor Josh Matlow had previously proposed a smaller cut, of $122 million, or a tenth of the Toronto Police Service’s $1 billion-plus budget, be shifted to community-led alternatives to policing and criminal justice, as well as anti-racism education, affordable housing and tenant rights, food security and skills training.

But Matlow withdrew his motion after Mayor John Tory put forward his proposal, and then failed to muster the votes needed to enforce the 10 per cent reduction as an amendment to Tory's plan.

Tory’s motion included 18 recommendations on how to “de-task” police rather than “defund” them, and includes a plan to equip all officers with body-worn cameras by January. That move is expected to cost $5 million a year, or $50 million over ten years.

A bid from Matlow to have the body camera plan cancelled was also defeated, while efforts from Councillor Kristyn Wong-Tam (who had seconded Matlow's proposals) to ban the use of deadly force and militarised weapons outside of the police's Emergency Task Force also failed.

The mayor said that rather than starting with a target funding cut, it would be better to find the best model for addressing mental health issues and put it in place, which he said would in turn result in police cost savings.

He cited testimony given by the departing police Chief Mark Saunders that only eight mental health teams are currently able to support Toronto police and that they don’t work through the night.

“Right now, at 3 o’clock in the morning, they (police) are the only people who can respond to a person in crisis,” Tory said. “My fear is you’re going to leave those people more vulnerable than ever.”

Saunders also cautioned that there is currently no alternative system in place for handling mental health-related calls and says there must be a new plan in place before any reforms take effect.

Saunders, who will retire from the force at the end of next month, says the police service’s own pilot of body camera technology showed that the public changed its behaviour due to their use. But another councillor, Joe Cressy, countered that claim with reference to an academic study from Yale University that body cameras worn by police officers in Washington, D.C., had little to no discernible impact.

Bains from the No Pride in Policing coalition was also skeptical that body cameras would add to accountability, since officers themselves can choose when to turn them on and off.

“Body cameras do not hold police accountable,” she said. “It does not make us more safe.”

If you just cut the budget,

If you just cut the budget, the problems will stay and the good bits will wither. You need to divert funds to support whistleblowers and investigate complaints. Putting the worst 10% in jail might be enough to inspire the rest to serve the public as intended.