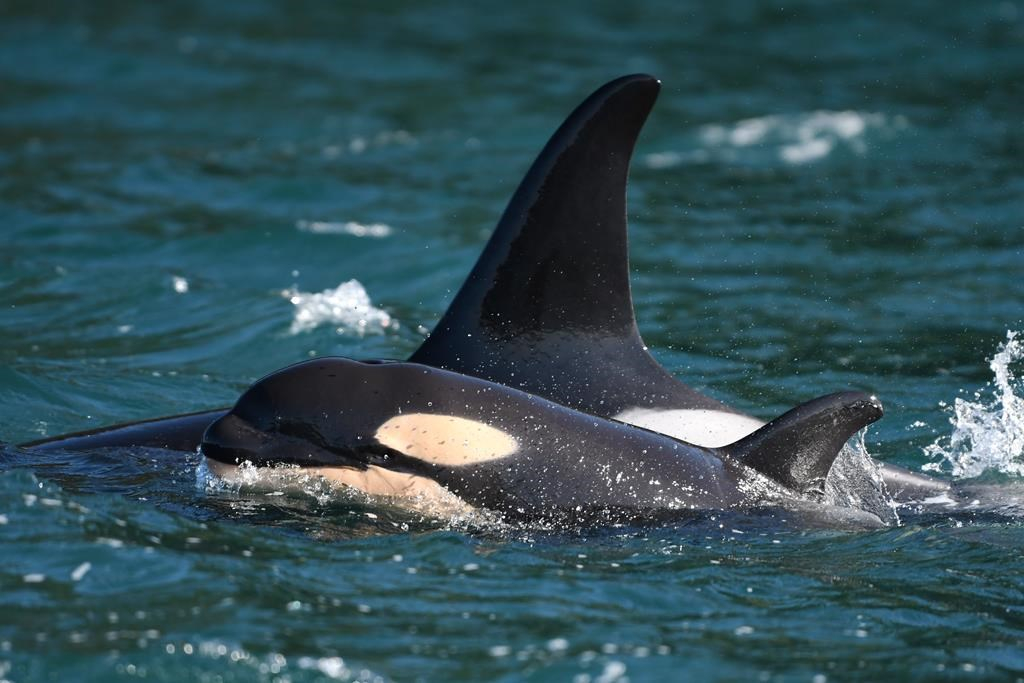 Researchers are cautiously celebrating the birth of a new addition to the endangered southern resident killer whale population.

The Center for Whale Research in Washington said Wednesday a baby orca named L125 was added to the killer whale family.

Three separate pods make up the endangered southern residents: K, J and L, which travel mostly off the coasts of British Columbia, Washington and Oregon.

The calf, which is about a month-and-a-half old, seems healthy and is the mother's fourth offspring, the organization said.

"As a dad, I was always just happy to see a healthy baby, and while that's true for this new calf L125, I have to admit that I really hope it's a girl," said Gaydos, science director for the SeaDoc Society based at the University of California, Davis.

"And I hope she grows up strong and gives birth to healthy calves for decades. That's what we need to recover this endangered population."

Approximately 40 per cent of newborn calves do not survive their neonatal first few weeks.

The organization said the other calves born into J pod last year seem to be doing well.

Martin Haulena, head veterinarian at the Ocean Wise Marine Mammal Centre and the Vancouver Aquarium, said the addition was "great news for sure."

With the southern residents numbering just over 70, he said any additional animals will help that population.

"I guess from a completely objective scientific view, a female would be better for the population but honestly I am just so very happy that he or she appears to be healthy so far."

This report by The Canadian Press was first published Feb. 17, 2021

Killer whales are dying, and new study shows why