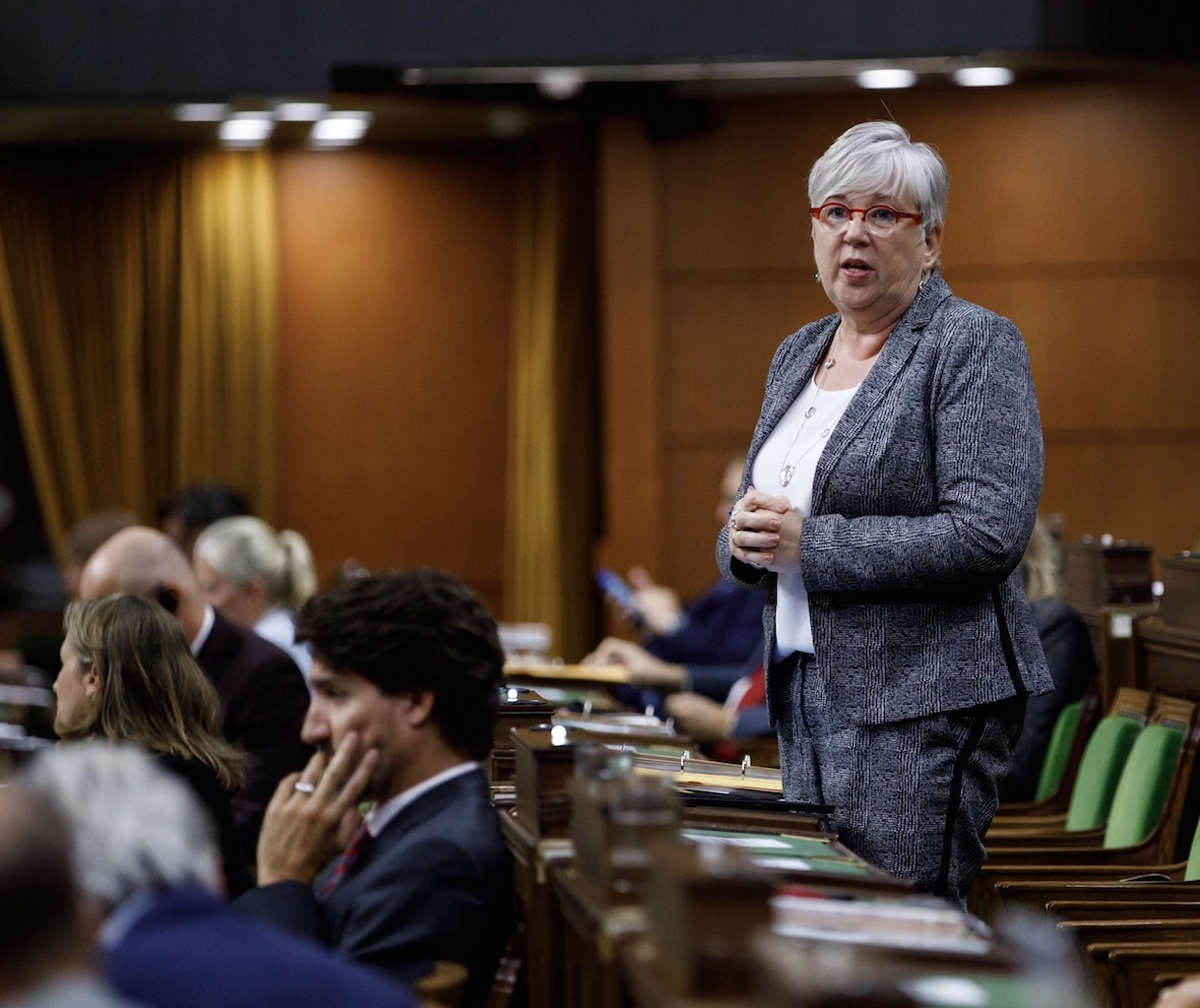 Aquaculture companies have won a court victory that appears to overturn aspects of a recent federal government decision to phase out contentious fish farms in the Discovery Islands.

A Federal Court judge has ruled in favour of Mowi Canada West and Saltstream — a small aquaculture company — which challenged Fisheries Minister Bernadette Jordan’s policy decision to ban the restocking of pen sites in the region ahead of the June 2022 fish farm phaseout.

The court injunction should allow Mowi to transfer 1.2 million Atlantic salmon smolts to its Phillips Arm and Hardwicke farm sites in the waters near Campbell River on Vancouver Island, said Dean Dobrinsky, human resources director for Mowi. Saltstream aims to transfer 10,000 chinook salmon to its Doctor Bay site in the region.

But the conservation coalition that argued against restocking the region’s farms in court says the judge’s decision is provisional and that the minister still has the power to deny any new fish transfers. And the coalition intends to push Jordan to do just that.

“This is a great relief to our employees and communities as it allows us, in the short term, to continue growing these fish and operating these two sites,” Morrison said.

If the fish transfers don’t go ahead, Mowi stands to lose $26 million and would have to immediately lay off 78 employees, she added.

Mowi celebration may be premature

The injunction decision was disappointing and a poor outcome for wild salmon, said the conservation coalition Tuesday.

The coalition — made up of the David Suzuki Foundation, Georgia Strait Alliance, Living Oceans Society, Watershed Watch, and independent biologist Alexandra Morton ­— argued in court that any new fish in the farms would continue to expose plummeting wild salmon stocks to risk from disease and parasitic sea lice.

It was also in the public’s best interest to deny the companies’ application as the region’s fish farms sit along a key out-migration route for juvenile Fraser River sockeye, the coalition said.

The companies scored a court win, but it doesn’t automatically mean they’ll get federal permission to transfer fish, said Kilian Stehfest of the David Suzuki Foundation.

“I think they're celebrating a little prematurely,” Stehfest said.

“They definitely won the injunction motion, but it doesn't mean that they have been granted the licence for transfers.”

The fishery minister still has the right to refuse fish transfer licences, he said.

“As a coalition, we’ll definitely try to make sure that she doesn't approve those licences because it’s clear that fish farms on this critical migration route (are) a threat to wild salmon,” Stehfest said.

The ruling doesn’t force Jordan to allow the transfer, said Ecojustice, the environmental legal group that represented the conservation coalition in court.

But it does require the fisheries minister to evaluate Mowi’s fish transfer applications as though she had not made her December decision to limit restocking in the Discovery Islands prior to the eventual closure of the area’s farms.

The decision was disappointing, said Ecojustice lawyer Margot Venton in a statement Tuesday, adding the minister put the restocking ban in place on the basis of consultations with First Nations in the region.

“The court has set a concerning precedent by suspending the minister’s decision,” said Venton.

“This extraordinary ruling opens the door for (all other) fish farm companies to restock farms throughout the phaseout period.”

Mowi, Cermaq Canada, and Grieg Seafood have already launched a larger court challenge to reverse Jordan’s overall decision to phase out the fish farms in the Discovery Islands, Venton said.

Yet, the fish transfers have been granted before the court has decided anything about the challenge to the minister’s decision, she added.

Judge says risk to salmon less than harm to companies

In his decision, Justice Peter George Pamel acknowledged the policy of closing fish farms in the Discovery Islands is still to be decided in the larger judicial review.

But the limited exceptions for the three fish transfers won’t amount to a final decision in the larger court case, Pamel said.

It wasn’t clear from the evidence presented — or even if it were possible to determine — what degree of risk transferring the fish into the region would pose, he said.

“While aquaculture in the Discovery Islands may pose a risk to wild salmon populations generally, it has not been established that the risk from allowing the transfer of fish into three sites is great enough to weigh against granting the injunction,” Pamel said.

“The harm to Mowi and Saltstream, as well as their employees, their families and other businesses in the community, in particular First Nations businesses, will be real and substantial if the injunction is not granted.”

However, Pamel cautioned that his decision leaves open the possibility the minister could still exercise her discretion around fish transfer licences, as long as it wasn’t predetermined by the ban on restocking based on her policy announcement.

Mowi has never had a fish transfer licence refused in the past when evaluated by the standard regulations around fish health, Dobrinsky said.

That track record suggests they’d get approval again now that the minister must stick to those guidelines, he said.

“We would hope that so long as we meet the criteria, and we do, that the minister will approve the transfer licences of the fish into the two sites in the Discovery Islands,” Dobrinsky said.

“If she refuses the transfer licences in light of this recent injunction, we’ll have to take whatever steps are necessary from that point forward.”

The minister’s office did not clarify if it plans to grant or deny the three fish transfer applications from Mowi or Saltstream following the decision.

“We are aware that the court has granted an injunction with respect to fish transfers to aquaculture facilities in the Discovery Islands,” the ministry wrote in an email.

“We will take the necessary time to review the ruling before determining next steps.”

One would think that it would

One would think that it would be easy to prove the relationship between fish farming and the decline of Pacific salmon stocks, however, there has been no "smoking gun" academic paper that proves fish farms impact Pacific salmon stocks to the point where they influence the size of returning salmon runs. Instead, repetition of the same story has taken the place of real evidence.

One would think a REAL investigative report would get to the underlying conflicts and motivations of the people and groups involved.

Given the recent report on

Given the recent report on the historical decline of fish stocks, the Minister's decision seems eminently reasonable, but it is fair to ask if the causal relationship (vs. a correlational relationship) the smoking gun, exists. If that "smoking gun" was available, calculating the economic cost in foregone fish catches would be pretty straight forward. Can the Coalition explain to us why that calculation wasn't brought to court?