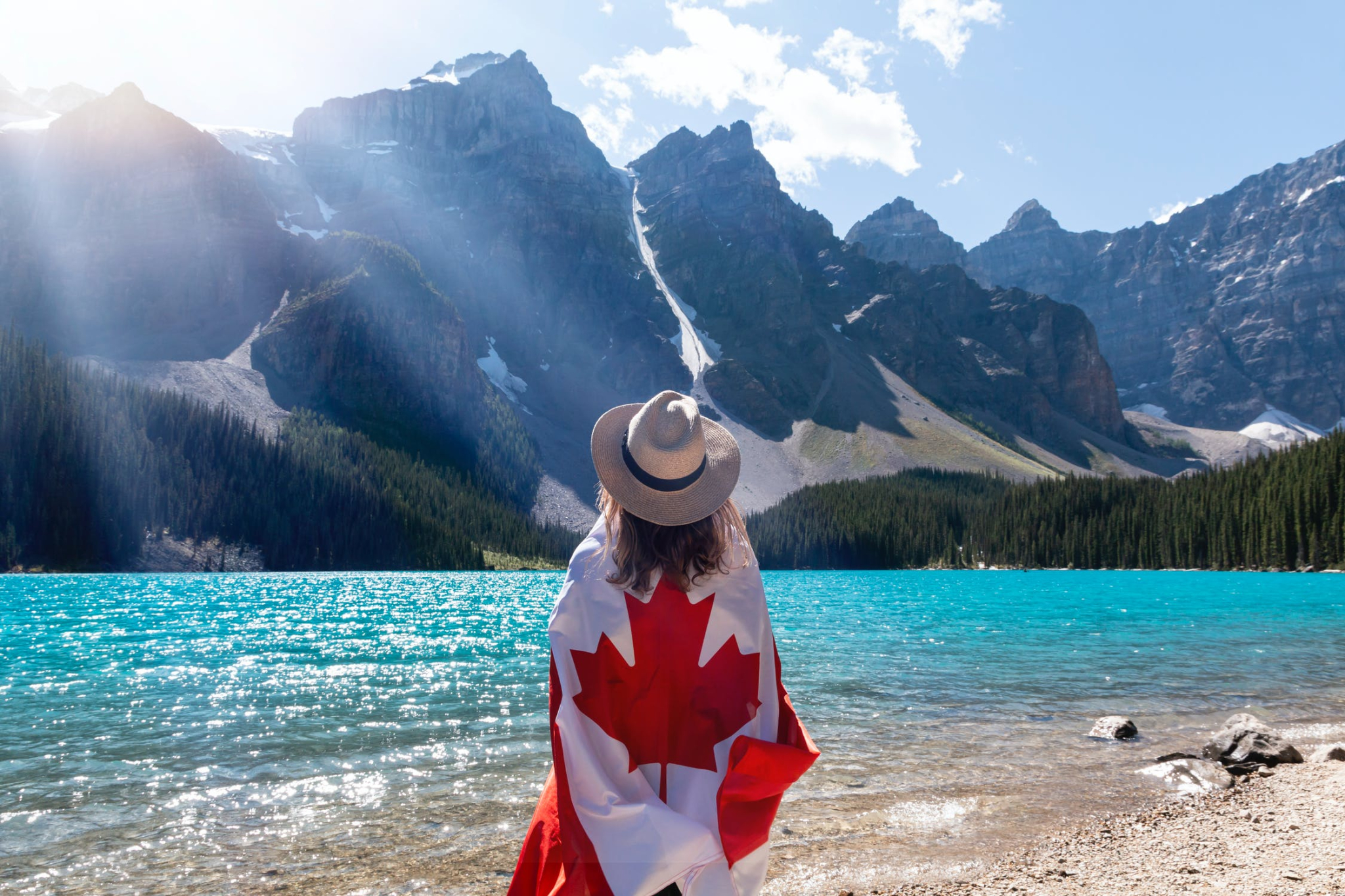 Photo by Andre Furtado from Pexels.com
Previous story
Next story

In 1972, a team of psychologists led by Stanford University’s Walter Mischel turned a bag of marshmallows into one of the most influential pieces of social science research in American history. The experiment was simple: they put a single marshmallow in front of a child, told them they could have a second one if they waited 15 minutes before eating the first and left the room. Over time, their research showed that kids who were able to delay their gratification had better outcomes in life on everything from SAT scores to their body mass index.

After more than a year of dealing with the COVID-19 pandemic, it’s become increasingly clear many Canadians are failing their own version of the marshmallow test. Whether it’s the churches in Alberta that are refusing to abide by public health measures or the hundreds of young people that rioted over Montreal’s curfew on Sunday, we are seeing new data points emerge almost every day. Never mind the fact that vaccine doses are flooding into the country in growing numbers or that the end of this pandemic is clearly in sight. For far too many Canadians, the idea of delayed gratification doesn’t seem to resonate right now.

Not all Canadians are failing, mind you. In Atlantic Canada, governments and the people they govern have passed with flying colours. Because of their willingness to react strongly and quickly to COVID outbreaks, the provinces of Nova Scotia, New Brunswick, P.E.I. and Newfoundland and Labrador don’t have to contend with the renewed lockdowns and increased restrictions hitting people in the rest of Canada. Instead, residents in the Atlantic provinces get to go to restaurants and movies, enjoy the company of friends and engage in any number of other social opportunities that aren’t available to the rest of the country.

In fairness to the rest of the country, its shared failure on this particular test isn’t happening in a vacuum. The kids who participated in the Stanford experiment were on their own, but Canadians are being hectored and harassed by an array of bad-faith actors. Whether it’s far-right provocateurs like Rebel Media, anti-mask entrepreneurs on social media or elected officials like Ontario’s Randy Hillier and Alberta’s Drew Barnes, Canadians have had to contend with a growing chorus of people telling them they don’t have to wait for that second marshmallow — that the very act of waiting is somehow an affront to their rights and freedoms.

This is a monumental misunderstanding of what the Charter of Rights and Freedoms actually says. Its very first section, after all, spells out the conditions in which our rights and freedoms can be restricted. Unlike in the United States, our rights aren’t absolute or unimpeachable, and our constitution makes it clear there are circumstances — say, a pandemic — where one’s right to gather in an enclosed space can be overridden by everyone else’s right to health and safety. It is an appropriately Canadian compromise, even if it’s one that millions of people don’t seem to understand or appreciate.

When this pandemic is over, we ought to make time for a reckoning with our inability to wait for that second metaphorical marshmallow. The refusal of large numbers of people to trade long-term benefits for short-term conveniences doesn’t augur well for our shared future. Neither does their susceptibility to lies being peddled by those who put their own freedoms ahead of the safety and security of others.

But we don’t have to fail this test again. In subsequent years, the results of the so-called “marshmallow test” were refined by other researchers, who found that things like a child’s material circumstances explained as much as half of their performance. That’s one area where we can work to improve our performance on the society-wide marshmallow test the next time there’s a pandemic. After all, when you’re already struggling to make ends meet, delayed gratification isn’t really an option — and desperate times can trigger desperate reactions.

Going forward, we need to make sure that Canadians have the kinds of supports they need to make the right choices. And the forthcoming federal budget is a perfect opportunity to reinforce our shared social safety net with bold new measures, whether that’s a guaranteed income or more robust child-care funding. In the United States, we’re seeing a renewed purpose and ambition on the part of the government, with the Biden administration investing trillions of dollars into its economic recovery. Here in Canada, we can do the same thing — and put the country on a more stable foundation in the process.

After all, if fewer Canadians are living paycheque to paycheque the next time a crisis hits, maybe more of them will be willing to wait for that second marshmallow. Because if there’s one thing that’s certain here, it’s that there will be a next time. Whether we pass the test next time, on the other hand, is an open question.

The immediate gratification thing has gotten us into SO much trouble, in so many areas. Massive non-essential personal/household spending--it's more important that the kids have the latest hot toy, than that the environment is protected--and that value goes pretty much all the way through the age chain. Convenience--excess packaging, instant less-nutritional food, disposable everything--is SO much more important than making sure those same kids have any kind of a shot at clean(er) air, water, soil, in their future. Fast & easy are our society's watchwords. People who live differently are generally derided, or considered "tree huggers" and green freaks.

It takes time to stop, and consider, and think things through, identify various alternatives and the criteria against which they can and should be evaluated, and make informed choices. And time, of course, is the very thing that immediate gratification denies.

We see this lack of thoughtfulness throughout our society--and it's gone far beyond consumerism. It's pervaded our electoral processes as well.

Yes . . . that said, I'm glad they qualified what they said about the actual research later in the article. The original "marshmallow test" research was really quite misleading. Thing is, if you're a poor kid, you know that if someone promises you some more of something later, THAT PROMISE WILL NOT BE KEPT. Later, your mom will have a choice between a treat and an electricity bill; your promised marshmallows will not make the cut. So you'd be a fool not to take what's on offer right now, before it can be taken away. If your parents are well off, your experience is much more likely to be that future promises can and will be kept, so it might be worth holding off for the promise of an extra marshmallow.
So a good deal of what that study showed was actually that childhood economic status is a good predictor of adult economic status; ie that social mobility is low. We knew that, we have more direct ways of measuring it.

It's a great article. In

It's a great article. In light of Kathy Kilburn's thoughtful comment, I have to wonder if the original marshmallow test took into account that some of the kids might have been hungry, having missed a meal or two. Hopefully that question was addressed in subsequent research.

Sadly, many of the non-delayed short term and fairly risky actions during the Covid-19 are not the result of need (working to get food or money for rent and mortgages) but just plain wants.

Good question. The original test didn't take hunger into account, but according to the article,

In subsequent years, the results of the so-called “marshmallow test” were refined by other researchers, who found that things like a child’s material circumstances explained as much as half of their performance.

For insight into this I

For insight into this I recommend people look up the Adam Curtis (from BBC) documentary channel on YouTube. A lot of his documentaries deal with the shift to individualism, but "Century of The Self" is the key one to start with. After that, take a look at "Can't Get You Out of My Head."

What I'm hearing from the

What I'm hearing from the anti-mask / anti-lockdown crowd is not so much "I want it now" as "You're not the boss of me". Two different attitudes. Governments are not asking people to delay gratification (don't go to the mall now so you can go to the mall later). Governments are telling people (with more or less urgency and clarity) to abide by public health measures so that all of society can be safer.
The ones refusing to cooperate are not doing so due to lack of government supports (UBI, child care), nor because they are living paycheck to paycheck. They are shouting "Muh freedoms!" They deny their allegiance to their fellow citizens, the very existence of a society that they belong to. They vilify experts. They refuse to believe anything that does not correspond to their world-view. In the end they come across as hard-core narcissists, caring for nothing but themselves.
The "marshmallow test" is a symptom of this malaise, not the cause.

I certainly agree. They

I certainly agree. They display raw selfishness in a stunning show of anti-intellectualism.

The anti-social aspect of all this is something that has been a feature of governing and corporate messaging since at least the Reagan era.

Justin Trudeau has a chance

Justin Trudeau has a chance to make the playing field a bit more level by bringing in Basic Income legislation. But my guess is that he will say it is too expensive to implement today. My hope is that he will initiate a few test cases to show its viability - one in the a Maritime province (to show that it can work), one in Quebec (to appease the Francophones) and one in Alberta (to show that there are merits to the initiative and support Rachel Notley in the next provincial election). Dougie cancelled the experiment in Ontario - mainly because he was afraid of the positive results and because of his Neandertal ideology.
Yes it would be expensive in the initial stages. But the social benefits are too great to ignore and the increases in taxing new newly employed entrepreneurs and reduced health care costs could offset the initial implementation costs. It should create a generation that is more willing to wait for the second marshmallow and reap the societal benefits - making Canada a more benevolent and prosperous country..

I would add Be Smart.

Rather than guaranteeing income, the federal government should guarantee opportunities to work. This can be achieved by direct job creation programs at the local level as have been successful in countries such as Argentina, India and South Africa. Our society has children and elderly to care for, youth to educate, houses and buildings to retrofit, rivers and parks to tend, and neighborhoods to beautify.

A Job Guarantee program would not only assure that those able and willing to work could contribute to their communities while maintaining income and self-confidence, but would also set a livable minimum wage (with benefits) that the private sector would match to retain a satisfied workforce.

For those who cannot work because of sickness or disability, generous guaranteed incomes should indeed by provided.