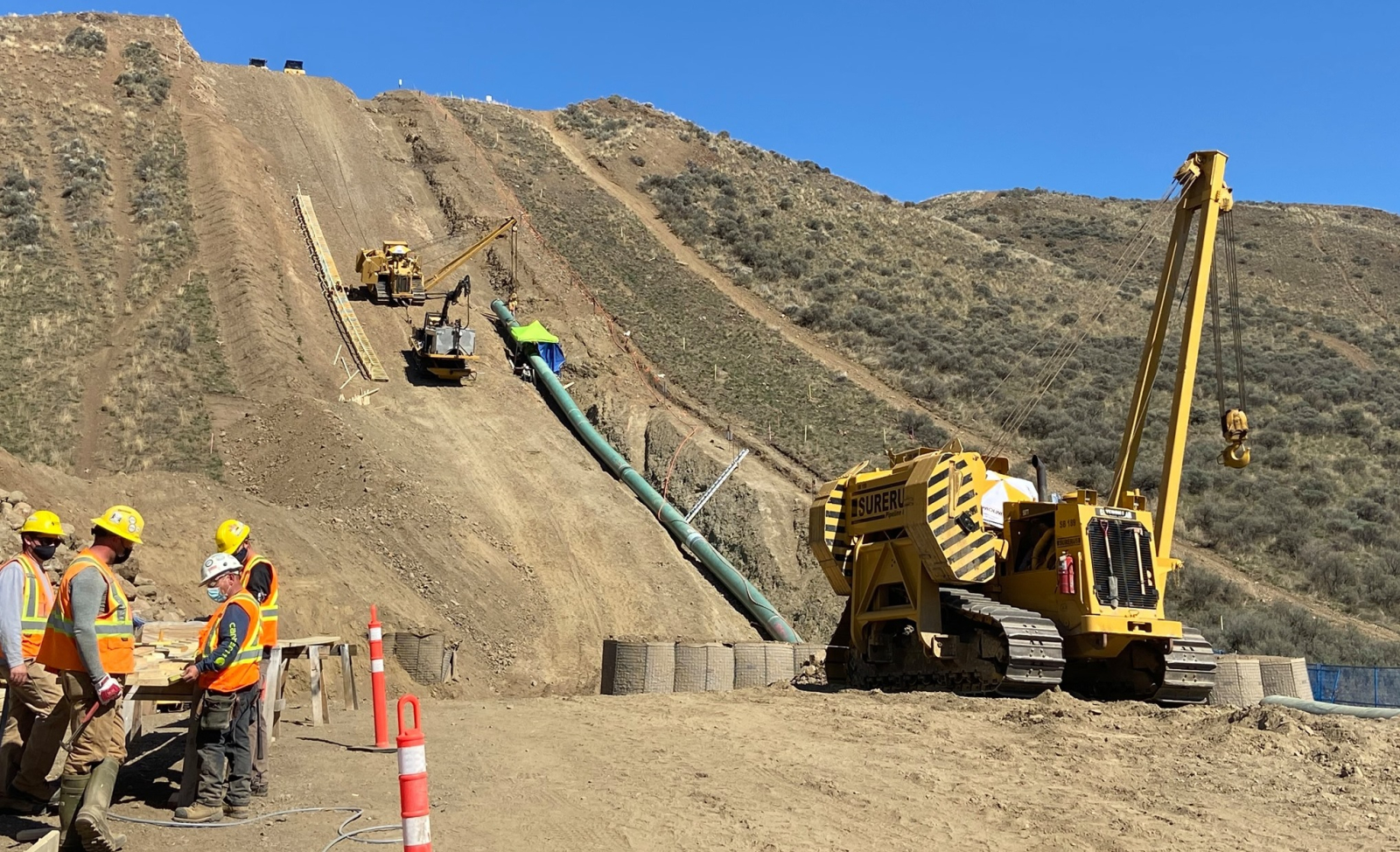 Canada’s federal energy regulator has granted a request by the government-owned Trans Mountain oil pipeline to keep the names of the companies providing its insurance coverage a secret.

Trans Mountain had until April 30 to file an updated certificate that normally would have disclosed the list of insurance companies backing the existing, 68-year-old pipeline. On Feb. 22, it asked the Canada Energy Regulator (CER) if it could file the list confidentially instead.

The regulator said in a letter on Thursday it had accepted Trans Mountain’s arguments and concluded the company’s “interest in confidentiality outweighs the public interest in disclosure.”

The Alberta government and several business groups, including the Canadian Energy Pipeline Association, the Canadian Chamber of Commerce and the Business Council of British Columbia, had backed the pipeline's request for insurer anonymity.

Tsleil-Waututh Nation, which says the pipeline’s expansion project endangers its traditional way of life on Burrard Inlet in the Vancouver region, swiftly condemned the move as a risky decision out of step with government transparency.

“This is a dangerous precedent for the CER to set and it should be of major concern. By making the certificate of insurance confidential and removing a layer of transparency, the CER has reduced the options for Tsleil-Waututh Nation to assert our inherent and constitutionally protected Aboriginal rights and fulfil our sacred obligation to protect and steward our territory.”

Trans Mountain had previously revealed its list of insurers in earlier filings. Tsleil-Waututh Nation had written directly to the listed insurance companies, the nation said in its own letter to the regulator, to "inform them that the project violates our rights and our unextinguished laws."

Only the nation could speak credibly about its own rights to insurers, it said, so granting anonymity to the pipeline would deprive it of its ability to "have these dialogues that provide companies with this critical information."

The #TransMountain oil pipeline has received approval to keep the names of the companies providing its insurance coverage a secret. Tsleil-Waututh Nation calls it a "dangerous precedent." #TMX

The regulator, however, said it was “not persuaded” that Tsleil-Waututh Nation had a constitutionally protected right to communicate with Trans Mountain’s insurers.

Another public campaign from Stand.earth had sought to contact the companies insuring the project "to make sure they understood its full climate impacts," given the fact that fossil fuels like coal, oil and gas are driving the climate crisis.

Trans Mountain referenced Stand.earth's campaign in its arguments to the regulator, suggesting that if it could not keep its insurers private going forward, “targeting and pressure” could result in a “material loss” to the company and “prejudice the competitive position of its insurers.”

The pipeline said that under the law, it only needed to demonstrate the reasonable potential for such things to happen, and not "proof of actual harm."

The regulator agreed that there was no requirement under the law to prove that public pressure could lead to loss. The submissions filed by Trans Mountain and its supporters, it said, was sufficient to make its decision.

Various experts had filed comments with the regulator disputing the suggested link between pressure campaigns and material loss to the company.

The insurance industry's emerging trend of considering climate change, some said, might have a bigger impact on the cost of Trans Mountain's insurance than civil society campaigns.

Others pointed out that insurance companies would have to take the risks related to Trans Mountain's safety record into account.

The pipeline experienced a substantial crude oil leak last year, the death of a worker and a serious injury to another worker, leading to the entire project being shut down for months and staff retrained.

The regulator said Thursday that while concerns about the future of the fossil fuel industry may be a "worthy policy debate," it was focused on the legal requirement that pipelines have appropriate financial resources.

It also said comments about Trans Mountain’s safety record were “not relevant to the matter before it,” namely the confidentiality provisions under the law.

“Any company that refuses to rule out insuring tarsands extraction and pipeline projects is complicit in Indigenous rights violations,” said Manuel.

CER is a gov.Canada institution. I note the hypocrisy of this with a simple quote from the gov.Canada website:

Participate in conversations, find data and digital records, and learn about how Open Government is about making government accessible to everyone

Assuming for a moment that

Assuming for a moment that public pressure could, in fact, cut into the pipeline's potential profits (which, after all, is what we're trying for), I don't see why a pipeline company, whether owned by the government or not, should be able to have its profits considered more important than the public interest. If public opposition to a pipeline makes it unprofitable, that's democracy.

"the CER has reduced the

"the CER has reduced the options for Tsleil-Waututh Nation to assert our inherent and constitutionally protected Aboriginal rights and fulfil our sacred obligation to protect and steward our territory.”

No one in Canada has the right, sacred or otherwise, to 'unreasonably' assert their rights over the rights of others by intimidation. That's in the Constitution too.

Then we are free to state

Then we are free to state that this Constitutional principle applies to the genocidal characteristics of residential schools as well as potential damage to private insurers of a publicly-owned pipeline. Principles are one thing, but actually realizing justice is another.