With Canadian fossil fuel jobs about to be cut in half, it’s time to talk about a just transition 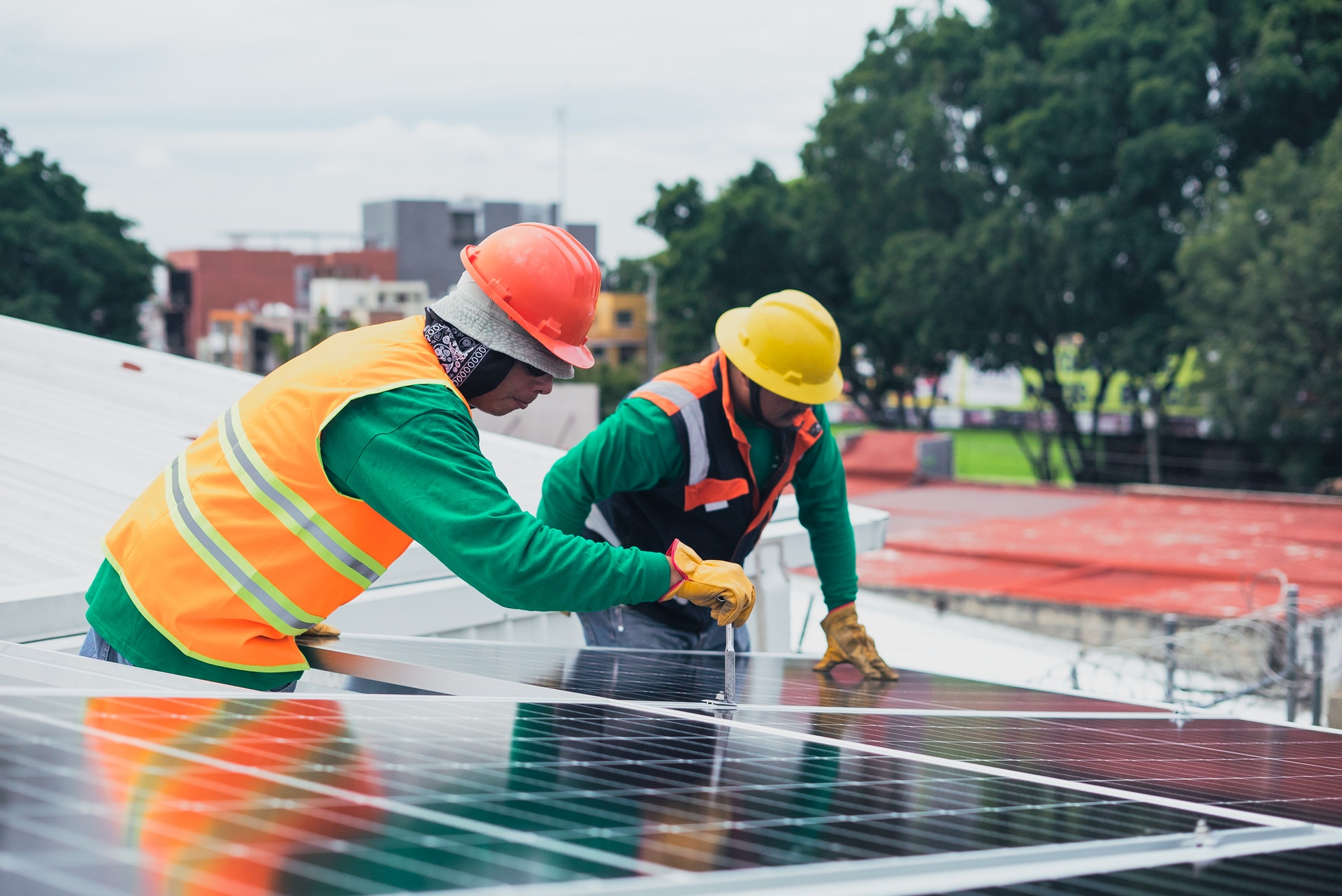 A report released this week outlines the essential moves towards a just transition. Photo by Los Muertos Crew / Pexels
Previous story
Next story

As Canada grapples with its goal of reaching net-zero emissions by 2050, fossil fuel workers are struggling with the stark reality that their lives are about to turn upside down.

By 2030, fossil fuel jobs in Canada could possibly be cut in half and tens of thousands of new positions will need to be created to support the shift, a new report found. The report, co-authored by two climate advocacy groups, documents the need for federal and provincial governments to invest in a just transition now to align with the goal of limiting global temperature rise to 1.5 C.

Facing Fossil Fuels’ Future: Challenges and Opportunities for Workers in Canada’s Energy and Labour Transitions, released this week, lays out recommendations for governments to address the phase-out of oil, gas, and coal, including the need for 56,000 new jobs in alternative sectors. It was authored by the Climate Action Network-Réseau action climat (CAN-Rac) Canada and Blue Green Canada.

Produced with fossil fuel and other energy sector unions such as UNIFOR, the report outlines how workers want to be accounted for in the transition, which is part of what makes the report so important, said Teika Newton, managing director of CAN-Rac.

“What we ended up with is that all these big labour unions were willing to stand beside us at the time that we published the report,” she said.

“So that feels really powerful, when you have Canada's largest climate organization and Canada's largest labour unions, representing almost all the fossil fuel workers in the country, standing hand-in-hand and calling for the same thing.”

The report found that with adequate government assistance in job creation, around 75 per cent of oil and gas workers could transfer their skills into clean industry and other renewable sectors. That finding was supported by previous research from oilpatch worker-led organization Iron & Earth, which found the majority of fossil fuel workers are interested in shifting their skills to emission-free careers but fear not being supported in the transition.

Jobs that fit the bill include positions in solar, wind, geothermal, and efforts towards decommissioning oil wells. However, Meg Gingrich of United Steelworkers said any job changeover needs to be thoughtful of what industry workers are leaving behind — union benefits and job stability.

There has been some action from government, including a $2-billion pledge from the federal Liberals to aid a just transition, but industry experts and climate activists say that the money isn’t anything without a Just Transition Act, which Justin Trudeau promised in his 2019 election campaign to implement. They also believe more money is needed to support the workers and industry during the energy shift.

Workers must be included in all transition plans, said Gingrich, noting the resistance to federal support to phase out coal in Sault Ste. Marie in July. The government put forward $420 million to help Algoma Steel transition to electric-arc furnace production from coal, which would reduce around 70 per cent of emissions from the steel-making process, but didn’t consult the union about the shift and how they might want the transition to pan out.

A report released this week by @CANRacCanada and @BlueGreenCA lays out recommendations for governments to address the phase-out of oil, gas, and coal, including the need for 56,000 new jobs in alternative sectors. #JustTransition

“If the workers in our union had been consulted from the get-go, we would have been much more likely to have been supportive of this,” said Gingrich.

“(We could have come up) with a real plan to ensure that those workers who would be negatively affected, (that) there were plans for them to ensure that their skills were used elsewhere ... retirement, pension bridging, things like that.”

Without consultation, it’s not surprising workers would be fearful of climate change action, said Gingrich. She noted that although oil and gas is a priority when talking about a just transition, there are other energy-intensive industries with environmental impacts, including CO2 emissions and wastewater contamination.

The release of the report coincides with other pivotal moments, explained CAN-Rac’s Newton. Trudeau’s newly re-elected government is set to present its agenda soon, and will also be represented at COP26.

The report also comes on the heels of the International Energy Agency’s latest projection, which predicts the supply and demand of fossil fuels, along with other energy sources. For the first time, it found oil demand declining in all its projected scenarios.

“I think what the IEA flagged ... is that the transition is upon us, and we need to get acting as though that's the case,” said Newton.

“... So to have ... (a) major international voice delivering essentially the same message ... the longer we wait, the more people are going to be harmed, I think that's really powerful.

The loss of thousands of

The loss of thousands of fossil fuel jobs….we are desperately short of nurses, first responders, ambulance drivers, truckers, teachers and care workers, we as a society should start paying these folks a decent wage with good union jobs then maybe we can solve both issues. The oil industry should be made to pay folks to clean up the mess they made of our environment instead of allowing huge profits and wealthy CEO’s to hide their profits off shore. Let’s look at the BIG picture, this isn’t about some poor guy loosing his job that means leaving home to go to the tar sands for 2 weeks to get a big pay cheque & then return home. There are some huge cracks in this system we created! Let’s solve it. Leave it in the ground before we all die. Cheerio from Salt Spring Island

We are short of skilled

We are short of skilled trades people in many areas such as electrical, plumbing, HVAC, heating and cooling, carpentry, welders etc. All across the country...

"Meg Gingrich of United Steelworkers said any job changeover needs to be thoughtful of what industry workers are leaving behind — union benefits and job stability."

Job stability is precisely what oil & gas workers lack.
After decades of boom 'n bust cycles, with massive layoffs every time, the roller-coaster ride is coming to an end. Either we manage the decline and organize the transition ourselves, or global markets will determine our fate. One way or another, the fossil fuel party will end.
No six-digit salaries for driving truck, perhaps; but workers shifting to renewables can work closer to home and family with more reasonable hours. That means more a healthier workforce, and more stable and secure communities.

Oil is on a roll again. Can't

Oil is on a roll again. Can't get workers to expand exploration, service, and production. Are we really going to see this displacement