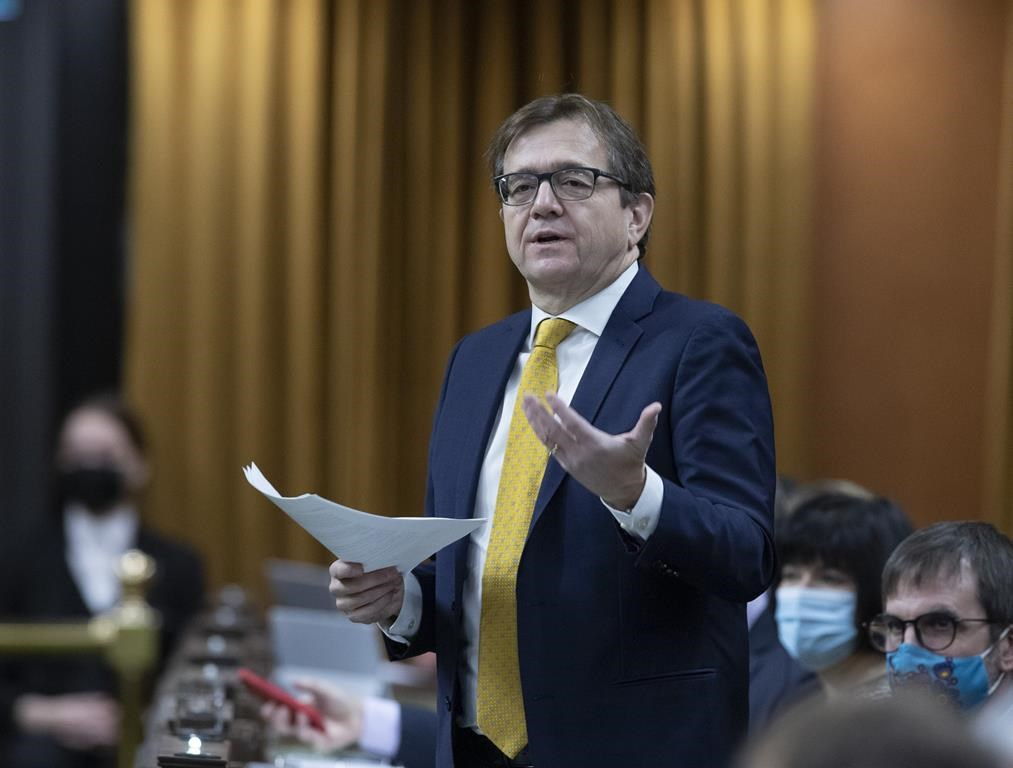 Natural Resources Minister Jonathan Wilkinson is overhauling a methane-reduction program that the environment commissioner slammed last fall as poorly designed and a waste of money.

The third round of applications for the $675-million onshore program of the Emissions Reduction Fund was initially set to close Friday, but it has been put on hold while Wilkinson's department tries to address some of those concerns.

A relaunch is tentatively scheduled for the third week of January with applications due by March. Wilkinson promises the changes will adjust program requirements to make things more transparent, achieve better results and set limits on how much projects can cost per tonne of emissions they reduce.

The program offers loans of up to $50 million to help oil and gas producers meet or exceed regulations enforcing cuts to their methane emissions.

The first two rounds resulted in $134 million in funding for 81 projects by 26 companies.

The federal government claims those projects will cut more than four million tonnes of greenhouse gas emissions. But environment commissioner Jerry DeMarco raised a number of red flags about the program in an audit released in November, including whether the claimed emissions cuts can be believed.

He also said the program did not ensure companies weren't just using the new funds to pay for projects they were already planning to do, which meant the program wasn't achieving any new emissions cuts and wasn't good value for money.

DeMarco said that several companies included in their applications a claim that the loan funds would allow them to reduce their methane emissions so much they could increase production and still hit the targets set by new methane regulations.

But, he noted, any increased emissions from producing more oil or gas were not part of the calculation for how many emissions were going to be reduced through the funds.

Methane, far more potent than carbon dioxide as a global warming agent when left in the atmosphere, is critical to slowing climate change.

Many projects funded to date reduced or eliminated venting and flaring, but Wilkinson said going forward only projects that eliminate it will qualify.

The new criteria will also include a requirement that projects go above and beyond the existing regulations that require a 40 per cent cut in methane emissions from the oil and gas sector, compared to 2012 levels, by 2025.

Outside of oil and gas, agriculture and landfills are the biggest sources of methane in Canada.

"The program offers loans of

"The program offers loans of up to $50 million to help oil and gas producers meet or exceed regulations enforcing cuts to their methane emissions.'

"Emissions Reduction Fund —Onshore Program
"The Onshore Program provides support in the form of repayable contributions similar to interest-free loans to help companies lower their methane emissions.
"Companies that eliminate methane emissions may be eligible for partially repayable contributions, meaning that a portion of the funding is forgiven based on the cost/tonne of emissions reductions."
https://www.nrcan.gc.ca/science-and-data/funding-partnerships/funding-op...

Trudeau's flawed program leaves taxpayers on the hook for interest and forgiven loan costs.
Why are taxpayers paying industry to reduce emissions? What happened to polluter pay?

With prices rebounding, O&G companies are swimming in cash. They can well afford to cut emissions. Part of the cost of doing business.
Privatize the profits. Socialize the costs. The O&G industry's business model.
Shovelling taxpayers' hard-earned dollars into shareholders' pockets. It's the Canadian way.