By Amanda Stephenson | News, Energy, Politics | December 10th 2021
For subscribers
#1890 of 2064 articles from the Special Report: Race to a Safer World 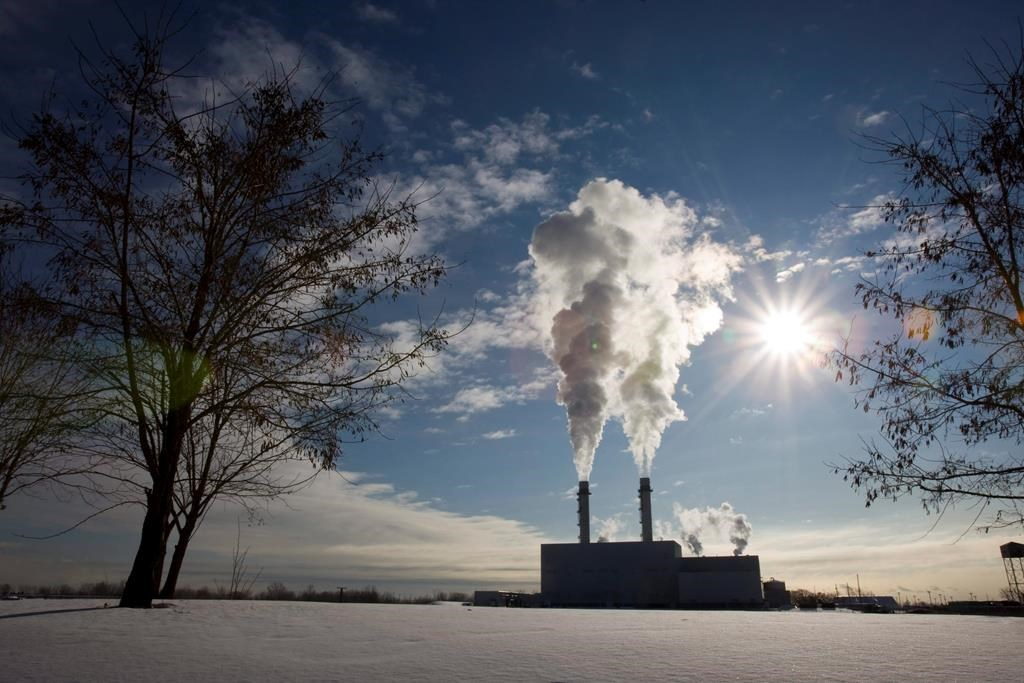 Smoke pours from the stacks at the Portlands Energy Centre in Toronto on Thursday, January 15, 2009. File photo by The Canadian Press/Frank Gunn
Previous story
Next story

A new forecast says Canada is on track for a significant reduction in fossil fuel use by 2050, even as electricity demand grows and demand for crude oil continues.

In a new report on long-term Canadian energy supply and demand outlook, the Canada Energy Regulator (CER) predicts unabated fossil fuel use (meaning fossil fuel combustion without carbon capture and sequestration) will decline 62 per cent by 2050.

“Our projections show that Canadians use far fewer fossil fuels in the future," said CER chief economist Darren Christie on Thursday. "By 2050, coal nearly disappears and the use of fossil fuels made from oil declines, especially gasoline and diesel for transportation."

The forecast suggests Canadians will use significantly less gasoline and diesel in coming years, resulting in a 43 per cent decline in the use of refined petroleum products by 2050.

Electricity use could rise by 45 per cent as Canadians transition to electric vehicles, according to the CER. The report predicts low-cost wind and solar power will be used to meet the rise in demand.

The report says that is because of the nature of Canada's oilsands facilities, which are long-lived and have low operating costs once built. Production projections suggest the pipeline system out of Western Canada would still be nearly at capacity into the mid-2030s.

The forecast is based on the Canada Energy Regulator's assumption that the current pace of increasing efforts to reduce greenhouse gas emissions in Canada and around the world will continue.

Canada on track to reduce fossil fuel use by 62 per cent by 2050. #CDNPoli #ClimateChange #CER

The regulator also laid out alternative scenarios, one that looked at energy demand in the event that there is a lack of additional climate action beyond current policies. This business-as-usual scenario would see crude oil production peak at 6.7 million barrels per day in 2044.

Marshall said he was disappointed by how "pessimistic" the CER was in its forecast. Even its scenario that assumes an acceleration of climate policy efforts in years to come makes it clear that net-zero by 2050 are unlikely to be met.

"Their plan doesn’t even show Canada achieving its Paris climate commitments," Marshall said. "I think that the projections are unrealistic and overly pessimistic, in terms of what we might be seeing in terms of climate action in Canada and around the world.”

However, Ben Brunnen, chief economist for the Canadian Association of Petroleum Producers, said he thinks the CER overshot the mark when forecasting a decline in Canadian oil production by 2050. He said CAPP believes Canadian oil and gas producers have the capacity to invest in technologies that will allow them to meet more stringent policies around emission reduction, while still growing production to meet global demand.

"Beyond 2035, there are so many variables that it creates pretty substantial uncertainty. But our expectation is we would not see as significant decline as what CER is anticipating," Brunnen said. "I would actually expect that the Canadian oil and gas industry would potentially have a more favourable growth profile, compared to what CER is indicating."

The Canada Energy Regulator also looked, for the first time, at what Canada's electricity system might look like in a net-zero world. In these scenarios, the emissions from the electricity sector drop dramatically, with battery storage playing a significant role alongside immense growth in wind and solar.

The International Energy Agency said in October that global demand for fossil fuels could peak by 2025. However, the IEA also said oil demand is likely to remain at three-quarters of current levels by 2050, which would not allow countries to meet their international climate targets.

Unfortunately your title "fossil fuel use in Canada on track to drop 62 percent by 2050" is not what is anticipated. As you note a few sentences into the story "unabated fossil fuel use (meaning fossil fuel combustion without carbon capture and sequestration) will decline 62 per cent by 2050". The difference is very significant. First, building the CCS capacity required to capture this level of emissions will take time - probably a decade or more during which time continuing high levels of emissions will make it difficult to reach Canada's inadequate commitment to achieving a 40-45 % decrease in emissions. Second government subsidies to oil and gas producers, the CCS industry and gas based hydrogen facilities will be massive although, based on recent history, not transparent. There is quite an opportunity cost to developing the CCS industry and "blue" hydrogen because it removes capital that could flow to renewables and sends a signal to the market that the Canadian government is going to support the industry for the next half century. This is evident in the CER report that predicts that O&G production will be about the same in 2050 as it is now. Canada's climate plan reflects the countries co-dependence with O&G producers and banks to facilitate ongoing long term production of O&G. This is reflecting in the CER prediction that production will peak in 2032 and the industries prediction that it will be a decade or more later. One of the inconsistencies of Canada's climate plan, as noted by the auditor general's report, is that it continues to heavily subsidize O&G production while at the same time talking up an energy transition to control climate change. Since encouraging continued fossil fuel production with CCS is predicted to result in increased O&G production for at least the next decade, and an increasing percentage of Canada's life cycle emissions are exported and not counted in its 2030 or 2050 emissions, it promotes looking good at home while being a significant contributor to overshooting the Paris 1.5 degree global emissions budget.