Young people need system change — and a path to achieve it 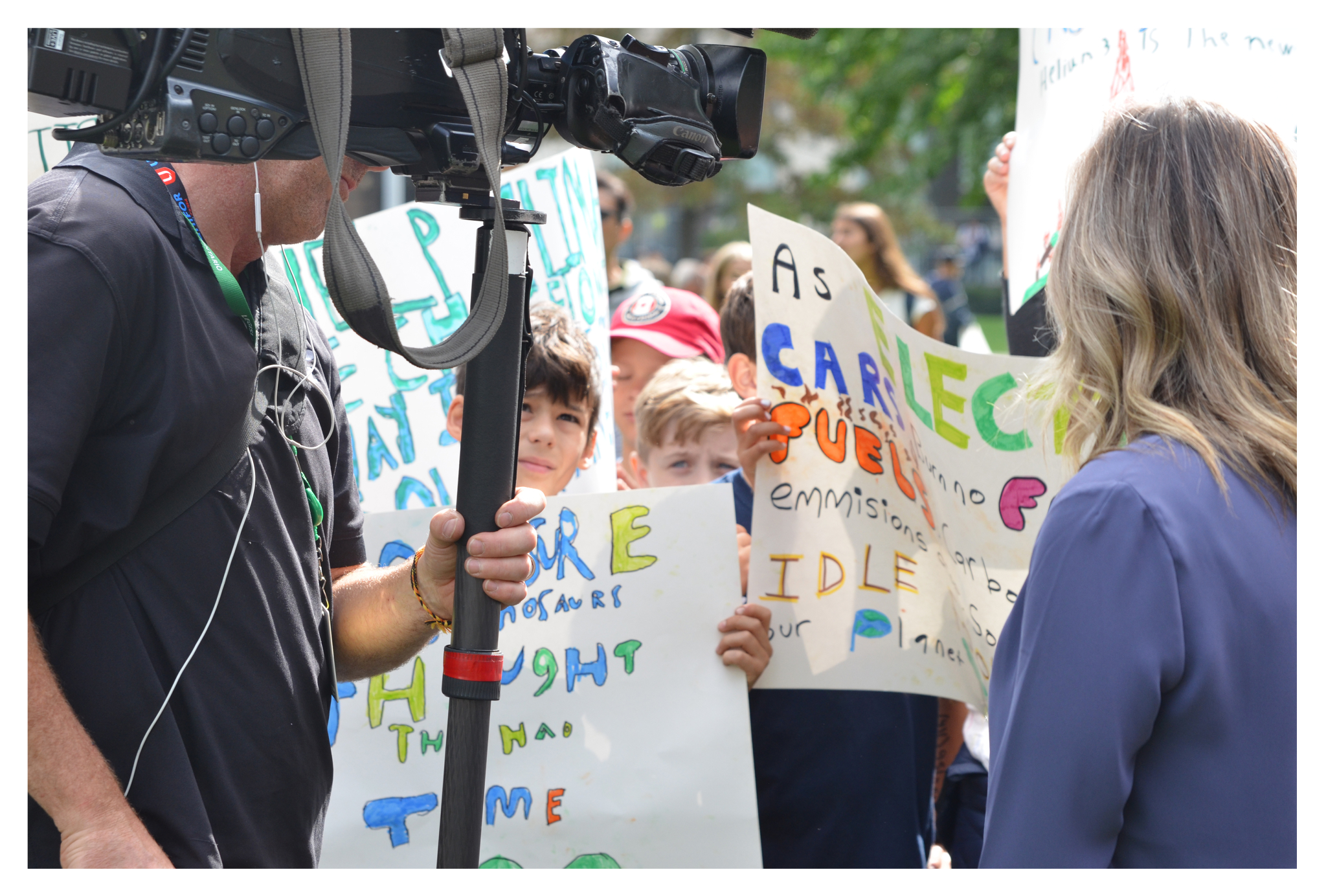 The momentum of the climate movement is building, and young people are behind it. The 2019 youth climate strikes showed world leaders that as more young people come of age, the tide of public opinion will turn. Today, young people are taking to the streets again. Why, then, in spite of growing public support, are the sweeping changes needed in the fight against climate change still stalling?

It’s partly because although young activists are well aware of the need for “system change,” we lack a clear strategy to achieve it.

The familiar criticisms that always accompany youth action actually demonstrate the problem well. During the 2019 climate strikes, detractors claimed the protests lacked intention and had little tangible impact. Others accused the strikers of hypocrisy, questioning whether they followed lifestyles in line with their demands.

These criticisms capture a central dilemma faced by youth activists. It feels absurd to be charged with hypocrisy when, despite young people’s best efforts, we are inevitably inhibited by the systems in which we live. With limited financial means and political influence, it seems we have only two options: protest or private action. We’ve mobilized and asked our leaders to change, and we’ve done our best to live sustainably by minimizing the impact of our personal lifestyles. But it hasn’t been enough: CO2 emissions are still rising.

Go to any youth climate strike and you’re almost guaranteed to see a poster with the slogan: System change not climate change. This isn’t a new idea to young protesters — we know that climate change is the inevitable result of a socioeconomic system that drives massive inequity and perpetuates social and ecological harm. Yet although we see the problems with the system, we haven’t seen a path to solutions.

In the past, critics have called the idea of system change naive and vague. Now science has given it credibility and specificity. In 2019, a team of scientists published the UN-backed IPBES Global Assessment, which not only affirmed the need for transformative system change if we are to have a livable future but also identified pathways to achieve it.

As the youth protesters who marched 3 years ago come of age, we will have many decisions to make: what to study, where to work, and how to live in a system that we fundamentally oppose, write Lea Anderson and @laurenmoodyyy. #cdnpoli #ClimateAction

Although 132 nations signed onto the report, they’ve since done little to initiate the changes that future generations require. This gap between decision-makers’ words and their actions is exactly what drove young people to strike in the first place.

As the youth protesters who marched three years ago come of age, we will have many decisions to make: what to study, where to work, and how to live in a system that we fundamentally oppose. Some of us may choose not to work within that system at all, but rather attempt to disrupt it from the outside (an approach exemplified by movements like Extinction Rebellion).

If you don’t want to glue your hands to a building, the science of transformative change offers a different approach. It informs focused action that targets specific points in the system where change would have the most wide-reaching effects: like reforming environmental law and policy by getting governments to recognize the human right to a healthy environment, or rebuilding financial systems by ending fossil fuel subsidies. Initiatives like CoSphere are guiding co-ordinated efforts from a coalition of movements, organizations and individuals to exert enough pressure on these points to change the system from within.

Our purpose as the authors of this piece is not to say that one approach is better than the other. Whether you pursue change from within the system or outside it, the point is to just do something. Get active, stay active, and be deliberate.

As young people, our demand for system change isn’t naive — it’s absolutely necessary. Science is behind us. So if you’re a young person planning to strike today, make your demands specific and use the science of system change to target changes that could trigger transformation.

no option other than to act

no option other than to act in some way for change.
forces of status quo now braying for increased LNG for europe. note, not asking to mobilize increased wind and solar?

Au contraire; European countries are mobilizing to get off oil - see recent news from Germany.

Thanks Lea and Lauren for

Thanks Lea and Lauren for your voices on this day when some of us older folks will join the youth strikes as we keep building the movement.

It might be argued that if we don't tackle plutocracy, our other efforts will find it real hard to stick.

"Plutocracy" is a symptom,

"Plutocracy" is a symptom, not a cause. Some form of capitalism is required in order to fund changing the means for empowering a 'changed system' - in addition to a clear idea of what a changed system might look like. Western-style capitalism, which is based on the premise of investing in an asset to make a profit [and the larger the profit the better] is the underlying cause of plutocratic inequality. It is different from Muslim-style no-interest capitalism in this respect, and this is a critical difference. Many of our current economic woes can be traced to the conversion of everyday necessities into 'capital assets', from food futures, or personal homes to virtual assets like 'swaps'.
Alternative models exist, already tested elsewhere in the world, that would be compatible with a climate change friendly world. For example, Donut Economics, Participatory Budgeting, and social safety nets on the Scandinavian model, including some form of guaranteed minimum income. Also, techniques for implementing change, such as Mission Economics, as described by Mariana Mazzucato. We are not locked into the binary alternatives of the Cold War [capitalism vs. state communism] that are currently hamstringing adult politics; and we should fight against, and not vote for, politicians who embrace this outdated and destructive binary view of society.