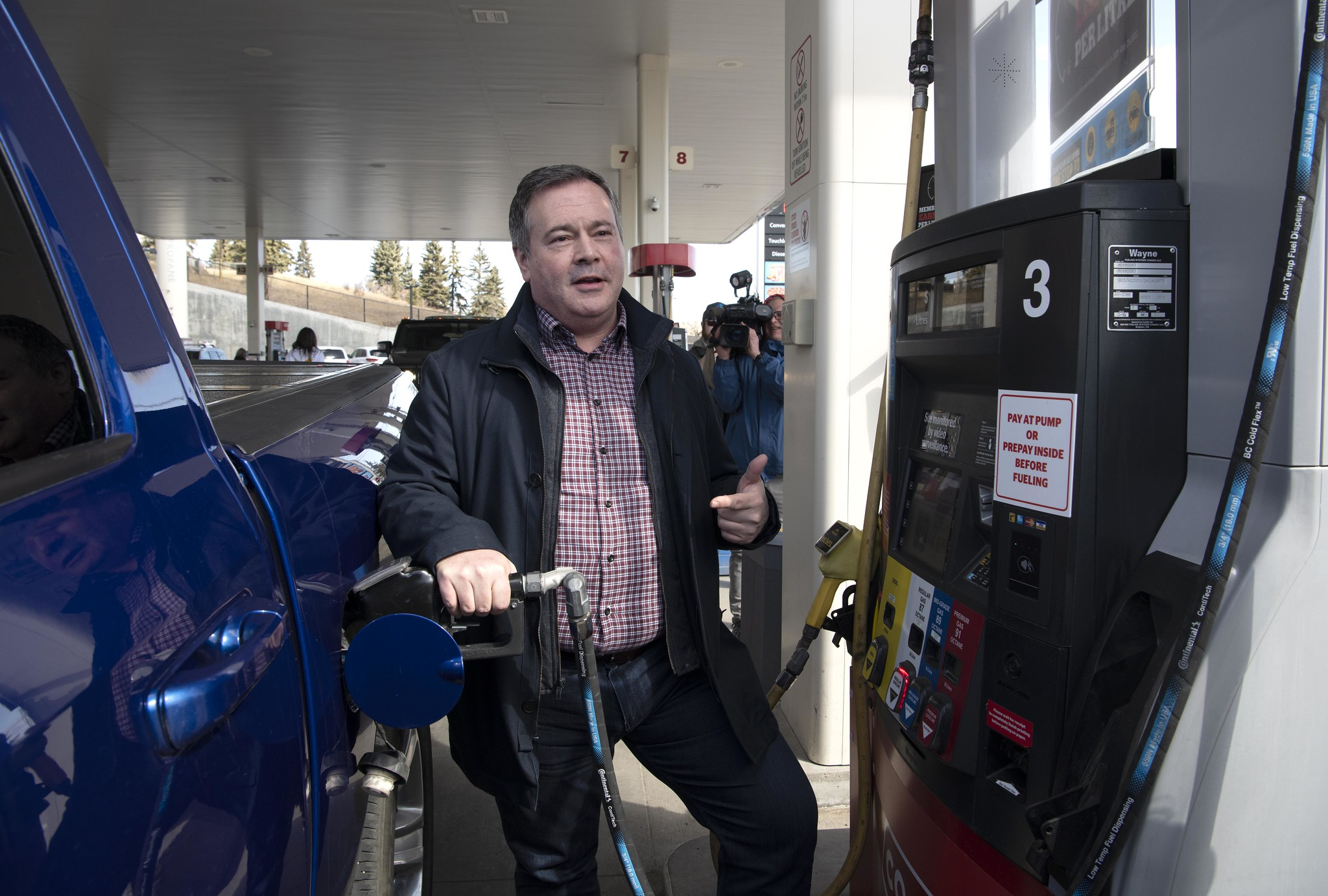 If at first you don’t succeed, lie, lie again. That appears to be the Conservative Party of Canada’s modus operandi of late, and it was on display again last week with the party’s claim the federal Liberal government is planning a new tax on large trucks.

In a video from a Calgary dealership lot, a haggard Jason Kenney railed against the non-existent tax, with the accompanying tweet asking: “Why do the Ottawa elites want to punish millions of Canadians for working, and living normal lives?”

They don’t, of course.

The Conservatives’ claim stems from the recommendations the government’s Net Zero Advisory Body made in its official submission for the 2030 Emissions Reduction Plan. Those recommendations include expanding the existing levy on fuel-inefficient vehicles to include large pickup trucks, one that’s now being spun as imminent federal policy even though there’s no evidence the Liberals have any intention of implementing it.

“This so-called fee on trucks doesn't exist,” Environment Minister Steven Guilbeault clarified in his own tweet. “It's fear-mongering, plain and simple." The Net Zero Advisory Body’s chair, Dan Wicklum (the former head of Canada’s Oil Sands Innovation Alliance), told The Canadian Press’s Mia Rabson: "We felt it was quite balanced advice and actually, we're a bit disappointed when people misrepresent it.”

After the Canadian Taxpayers Federation’s Kris Sims wrote a column describing the Net Zero Advisory Board’s recommendation as the government’s “latest war on working folks,” premiers like Kenney and Scott Moe, along with the Conservative Party of Canada’s official Twitter account, set out to fan the flames of the fire she started.

Supriya Dwivedi, senior counsel for Enterprise Canada (and a columnist with Canada’s National Observer), was unequivocal in her analysis of their argument. “That's a lie. It's not a mistake, it's not massaging facts, it's a lie.”

It’s one that’s built on an especially wobbly foundation, given the alleged tax in question already exists — and was first implemented by Stephen Harper’s government. Budget 2007, which was dutifully supported by Conservative MPs like Kenney and Pierre Poilievre, introduced a “green levy” on “gas guzzlers,” which started at $1,000 on vehicles with a fuel-efficiency rating higher than 13 litres per 100 kilometres.

Harper’s tax rose in $1,000 increments to a maximum of $4,000 on vehicles with fuel-efficiency ratings of 16L/100 km or worse. It excluded (and still excludes) pickup trucks, but it currently covers 60 models of cars, SUVs and vans.

So why, exactly, should pickup trucks be exempted from this levy? Conservatives will tell you ramping up the fuel tax on pickups would represent an attack on working Canadians who need their trucks to earn a living. But it would be easy to build in an exemption for trucks that were actually used for business purposes and target the tax at the many thousands of people who buy and drive these trucks (like the F-350s Kenney posed in front of in his video) to commute to the office or schlep groceries from Costco.

If Conservatives truly hate virtue signalling as much as they say, they shouldn’t be arguing for a tax exemption on their own flavour of it.

It’s understandable why the federal government’s first instinct here is to knock down the lie being spread about their policies and plans. This sort of bald-faced lying is a plague on our politics, and it debases our discourse in ways that will outlive this Parliament (and this government).

But even though the Liberals weren’t planning to implement a tax on large trucks, it’s probably time to reconsider that position. If we’re going to make meaningful progress on our greenhouse gas emissions, we have to stop shielding people from the consequences of their own behaviour — especially when it’s objectively bad for the climate.

By exempting actual work vehicles from the levy and using the revenue collected from the rest to fund incentives for the growing range of electric and hybrid trucks that are about to start hitting dealerships across the country, the government could advance its climate objectives in a fair and equitable way.

The Liberals could also use it to show how far Canada’s Conservatives still are from actually taking climate change seriously — and how little they trust Canadians with the truth about it.

Clever diversion.
The Conservatives raise the false alarm that the Liberals plan to take bold climate action: a new tax on large trucks.
The Liberals — the Environment Minister, no less — issue vigorous denials to reassure Canadians: Of course, we're not taking this bold climate action. Never even crossed our minds.

The moral of the story: "The Liberals could also use it to show how far Canada’s Conservatives still are from actually taking climate change seriously — and how little they trust Canadians with the truth about it."

How do the Liberals come out the good guys in this story?
What evidence is there that the Liberals actually take climate change seriously?
A pox on both their houses.

The salient point in the

The salient point in the article is actually the bald-faced lying of Conservatives in Canada growing ever more bold, dragging us toward the "post-truth" bizarro world of the "big lie" in the States. This is catastrophic.
So the truth has to be ferreted out, and on the topic of climate change it's found at their annual meeting where we all know a majority voted AGAINST the motion of whether or not climate change is "real." Poilievre is campaigning on this now; Erin O'Toole pretended otherwise so they are being honest in THIS at least, showing who they really are. So keeping them out of power is obviously job number one.
It's entirely disingenuous to ask what evidence there is that the Liberals actually take climate change seriously. Not seriously enough, granted, but moving in the right direction. I mean, come on.
Imagine living in the States where the cartoonishly evil GOP is somehow, unbelievably expected to regain power. Things are always relative after all.

When I see oversize pickups

When I see oversize pickups that with jacked up suspension and oversize tires for show I ask myself 'Where is the energy wastage tax??'

I would be tempted to

I would be tempted to characterize it as a male insecurity tax. The bigger the truck, the smaller ... you know what I mean.

Canada's Environment Minister Steven Guilbeault is sure kept hopping these days.
When he is not defending offshore oil projects, pipelines, and fossil-fuel subsidies for carbon capture, he is squelching malicious rumours about imminent climate action.
Too funny.

Federal and provincial governments which have authorities to regulate the transportation sector should start by banning publicity promoting the sale of big SUVs and pickup trucks, especially on our tv screens where you can see unscrupulous and insensitive drivers plowing and driving over natural habitats, destroying vegetation and disturbing wildlife (advertisers should instead show the same people stuck in traffic, inhaling their own pollution).
As the price of gasoline is getting higher, I hope people will realize how stupid they were moving from smaller cars (which brought down GHG emissions for many years) and embracing this latest craze for bigger vehicles that not only has increased GHG emissions in the transportation sector but has made our roads and city streets more congested (pickup trucks in particular take a lot of space) and our cities more polluted.

And don't think that

And don't think that switching to electric SUVs and pickup trucks will solve the problem. It will only move the problem of environmental degradation to mining, transporting and refining all the materials needed to produce batteries that is intended to move all these big vehicles. It will surely not solve the problem of traffic, congestion and sprawling.
These vehicles still need tires and we know now that the "wear and tear" of tires is a major source of water and air pollution. These fine particles can enter your blood stream, damaged your lungs and even enter your brain (some research shows that it can trigger symptoms associated to the Alzheimer's disease).
To solve the problems of transportation, we need to invest in more public transportation and ways to take people out of their cars. Going back to smaller more efficient cars ( hybrid or electric) would help but mostly, consuming less (vehicles, travels, etc.) would help a lot more to lower our emissions.

What's driven me even more

What's driven me even more nuts about the ads is a variety of statements based on the idea that nature, itself, is nothing ... until humans are in it. To the point that water is nothing until it's in a pool and has an Olympic contender in it.
If we really had an "honesty in advertising" regulation, it would apply to political ads and would be enforced.
Sometimes I'd give up a bit of "free speech" (a lot of what gets claimed to be that, simply isn't) in return for a return to a modicum of honesty.

One has to see the comedy in

One has to see the comedy in this little tempest. We are expected to forget that Jason Kenney was himself an "Ottawa Elite" for a decade in the federal government of Alberta under Harper. Chameleons may change their colours, but they're still cold-blooded lizards that have the amazing ability to effect superficial change.