Dynamite in the logjam

Last week, we bemoaned the lack of climate-aligned energy plans in any of the provinces. You must have moaned very effectively — this week, Canada’s western-most province vowed to dynamite the logjam of regulators and utilities blocking electrification.

There’s reason to hope B.C. will succeed. The governing NDP just barely managed to quash an insurgency campaign to elect a climate champion as party leader. The new leadership is under pressure to demonstrate its commitment to tackling climate change.

The new premier has proven himself an unusually effective politician, adept at cutting through the most tangled of knots. And Premier David Eby picked a fascinating choice for energy minister. Josie Osborne is the former mayor of Tofino, spent many years as a fisheries biologist for the Nuu-chah-nulth Tribal Council and understands the intricacies of climate policy from her time on the province’s Climate Solutions Council.

Climate advocates were happily surprised when the new mandate letters were released on Thursday. The premier explicitly tasked Minister Osborne with implementing “a climate-aligned energy framework.”

“We’ve been asking for this for a long time,” Judith Sayers told me. Sayers is president of the 14-nation Nuu-chah-nulth Tribal Council. As chief of her own nation, Sayers got a significant renewable energy project built. But the next generation of clean energy projects got stalled, caught in the tangle of short-sighted provincial energy planning.

First Nations have been taking action with remarkable speed, installing clean energy and electrifying communities, but they’ve been stymied in their efforts to feed the grid and electrify society more broadly.

“We’re really going to need a lot more clean energy,” Sayers says. “And First Nations have hundreds of solar, wind and run-of-river projects ready to go. We want to get moving and take our place in this industry.”

The new energy minister was specifically mandated with dismantling the provincial blockade of Indigenous clean energy projects and the blockages on wider electrification. Since we’ve finally got a province that might set an example for others, it's worth a closer look. Big picture, Minister Osborne was mandated to:

And, music to the ears of climate and energy nerds, she is tasked with tackling the regulatory tangle, giving clear direction to the utilities and utilities commission. That means taking the basic, utterly crucial step of aligning the electricity system with climate goals:

“The energy system is out-of-sight, out-of-mind for most people,” says Dan Woynillowicz. Dan is a charter member of the climate-energy wonk club and now runs his own consultancy, Polaris Strategy. “But getting the right framework is ‘mission critical’ for achieving our climate goals.”

There’s a common confusion between electricity and energy. Provinces like B.C. and Quebec already have very clean grids. But less than 20 per cent of energy demand in B.C. is currently supplied by electricity. The vast majority of joules still come from fossil fuels like gasoline and natural gas. 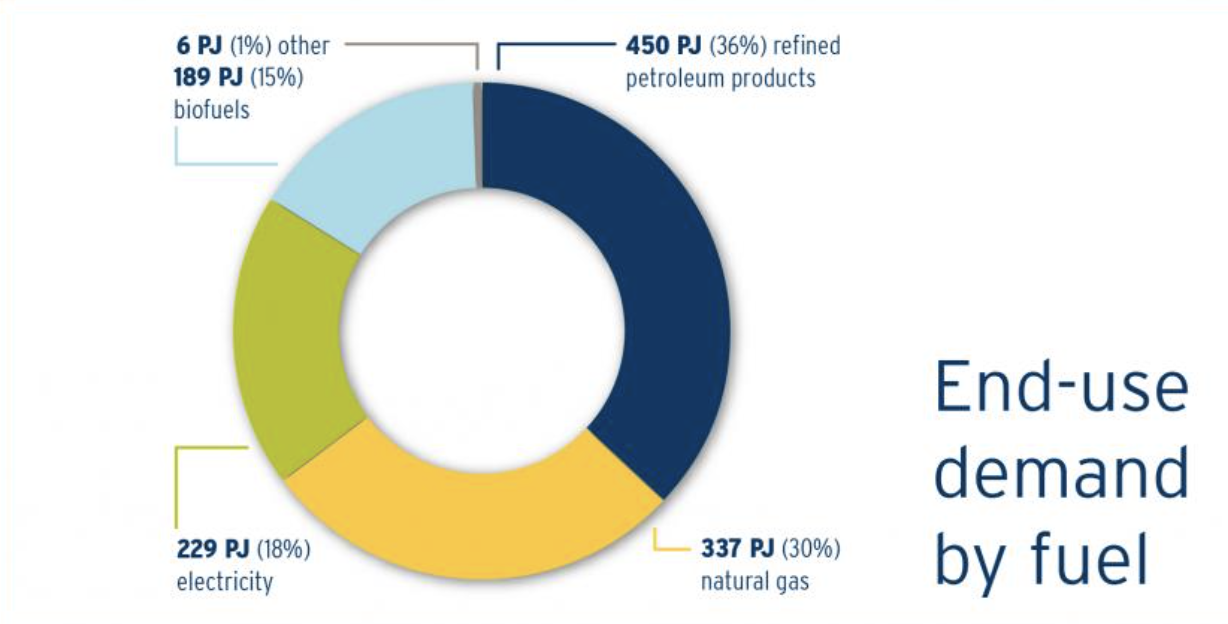 How are we going to power all the vehicles, buildings and factories still burning fossil fuels? And where’s that power going to come from?

That’s the task ahead for Osborne — providing clear direction to the regulators and utilities to get them pulling in the same direction.

It’s a big task, considering Osborne will also have to reckon with industry’s wishlist for new pipelines, fracking projects and LNG facilities.

But the climate-energy club members are cautiously optimistic B.C. will create an example for other provinces to follow. The Pembina Institute’s executive director Chris Severson-Baker pointed to some of the other mandates given to the energy minister.

These include “ensuring alignment with the federal cap on oil and gas emissions.”

“That really counters the narrative from Alberta and Saskatchewan that the oil and gas industry is already doing everything necessary. And that it’s not federal jurisdiction,” Severson-Baker says.

Mark Zacharias is currently executive director at Clean Energy Canada but is no stranger to the logjams in provincial energy planning — he served as deputy minister in B.C. for environment and climate change strategy.

“It’s clear this new government has made the all-important link between climate action and economic action,” Zacharias says.

“In particular … the mandate that new industrial development must align with B.C.’s climate goals. This also makes economic sense: industry must align itself with the reality of a rapidly changing global economy if it’s to thrive into the future.”

Thanks to pressure from the climate movement, we may finally have a provincial government prepared to mandate that alignment. If so, it’ll set an example for breaking the logjams in provinces across the country.

A big revision for renewables

You’ll have heard that renewable energy is booming worldwide. So much so that this week, the world’s most influential energy analysts had to update their forecasts — they’re now predicting 76 per cent more growth than their projections just two years ago.

They’re calling it a “revision” but it’s the “largest ever upward revision” they’ve ever made. A revision the size of India’s entire electricity system.

The International Energy Agency now predicts solar will overtake gas, coal and all other sources of electricity capacity by 2027. 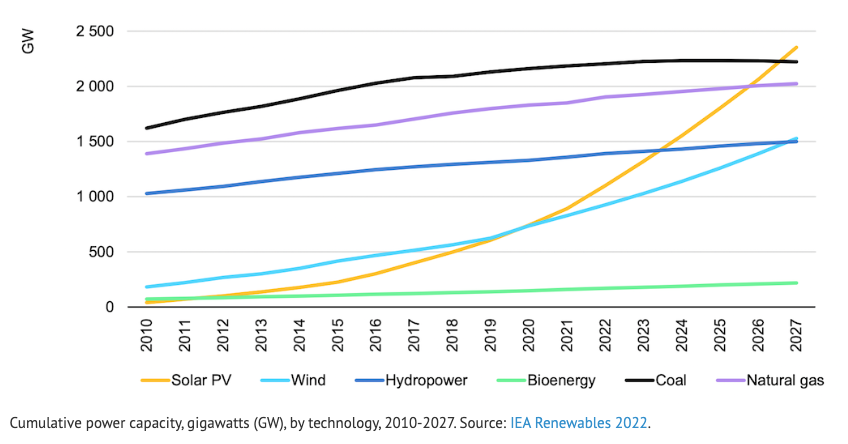 There are several interesting points in the IEA’s revision. Half the new renewables are being built in China. And China is on track to exceed its 2030 targets for wind and solar, five years ahead of schedule.

The main driver behind the surge is “the first truly global energy crisis,” according to the IEA. We looked at the prospect that Vladimir Putin might have accelerated the energy transition in a recent Zero Carbon. But the IEA is even more emphatic:

The IEA says solar and onshore wind power are now the cheapest options in “a significant majority of countries worldwide.”

The transition is happening in places that might surprise you. Would you have guessed Texas? Next year, Texas will get more electricity from solar and wind than from natural gas.

Some fascinating numbers out of Europe where demand for gas has fallen rapidly — by a quarter. The Netherlands has cut its demand by over a third.

#Gas demand in #Europe has fallen, partly as a consequence of the continent’s plans to reduce its dependency on Russian gas.

The lesson for changing the #energy system is the same as it as with #covid: rapid action is possible, if it is prioritized.#OOTT #energy #France #EU pic.twitter.com/wk5R7ntHuG

Norway has pretty much done it — 90 per cent of new cars now come with a plug.

Plug-in vehicles have basically achieved full penetration in Norway, at ~90% sales share, with fully electric vehicles at >80%. That's where California standards want to get a decade from now. 'The future has arrived, it's just not evenly distributed yet' https://t.co/NDUpHnX7Or pic.twitter.com/zCGj8pG0em

Despite some loopholes, environmental groups welcomed the pledge as a big win. The guidelines only apply to “unabated” fossil fuel projects so, in theory, projects with carbon capture could still get backing and there are exceptions around natural gas. But even regular critics of federal climate policy were cautiously optimistic: “The conditions attached to the exceptions are really strong,” said Environmental Defence’s Julia Levin.

The next obvious step is for the feds to keep their promise to stop funding fossil fuels at home, which Steven Guilbeault vowed to do: “We will make good on our promise to end those subsidies in Canada by, at the latest, the middle of 2023,” Guilbeault said.

A bigger bank, a bigger front

“A new front in the fight against climate change is emerging as Canada’s largest bank and top fossil fuel financier, RBC, plans to buy the Canadian arm of one of Europe’s top fossil fuel-financing banks, HSBC.”

Both banks are among the world’s top 15 financiers of fossil fuels: since the Paris Agreement, RBC (No. 5 in the world) has put US$201 billion into fossil fuels, while HSBC (ranked 13th) has ponied up $130 billion.

The merger could be a real “step backwards,” says Matt Price of Investors for Paris Compliance. HSBC recently announced a “phasedown” of its fossil fuel funding as well as stronger policies against coal, and the bank had already screened out support for oilsands expansion projects. Those steps would probably be erased by RBC’s weaker policies if the acquisition goes through.

Meanwhile, the biggest retail bank in France just pledged not to finance any new oil projects.

GFANZ eat your heart out. Let's do more of this! "Credit Agricole pledges not to finance new oil extraction projects" - reducing exploration and production to 2025 by 25% comp'd with 2020, while no longer financing new projects. It's last bit that counts. https://t.co/qVHMxsR4cZ

Reuters reports: “The move comes as the banking sector faces increased regulatory and investor pressure to align lending with the global climate goals, including by setting near-term targets.”

The Climate Change Plan aims to reduce greenhouse gas emissions by 53 per cent below 2005 levels by 2030 and to hit net-zero by 2050. The province aims to cut emissions from electricity 90 per cent by 2035.

Par for the Canadian course, Nova Scotia says it will expand both wind power and natural gas. And you may have heard that last week, the province announced the Donkin coal mine will be allowed to operate until at least 2029.

Maria MacLeod from Halifax’s Ecology Action Centre says the climate plan itself is positive, but “we need to stop doing things that are going to undermine this plan.”

“You can't have it both ways.”

On Monday, the first EV rolled off the line at GM’s plant in Ingersoll, Ont.

They’re electric delivery vans dubbed the BrightDrop and GM Canada president Marissa West declared her company "fully committed to an all-electric future." The feds and Ontario both contributed $259 million to convince GM to keep production in Canada and convert the plant to EV production. 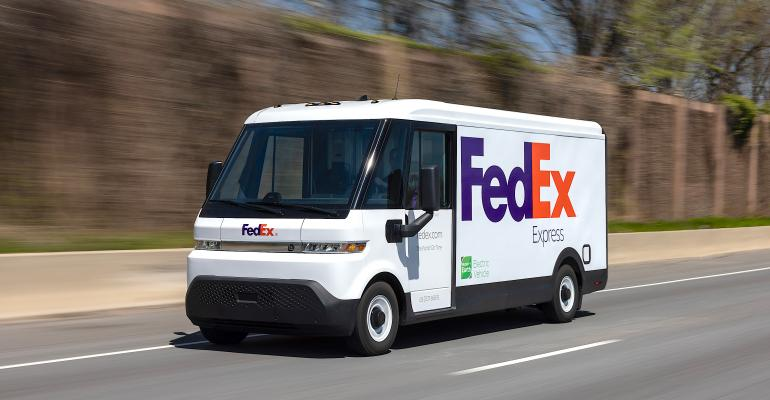 Mike Van Boekel, chair of Unifor Local 88, says that things are looking up after some very difficult years for autoworkers:

"We'll actually have to hire for the third shift, which is good news for people looking for work," he told CBC News.

I can’t leave you without plugging a conversation with a real hero in the fight against fossil fuel propaganda. Amy Westervelt created a new genre of true crime podcasting with Drilled, where she investigates “the obstacles to action on climate change.”

This week, Amy was a guest on David McKie’s Hot Politics. And they drill way back. Way, way back. Turns out, fossil fuel companies have been running propaganda campaigns for more than a century. 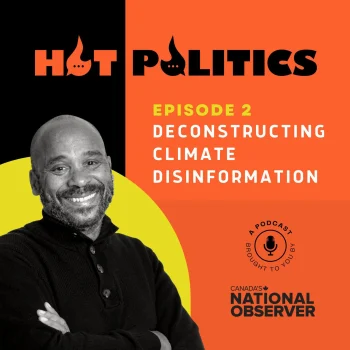