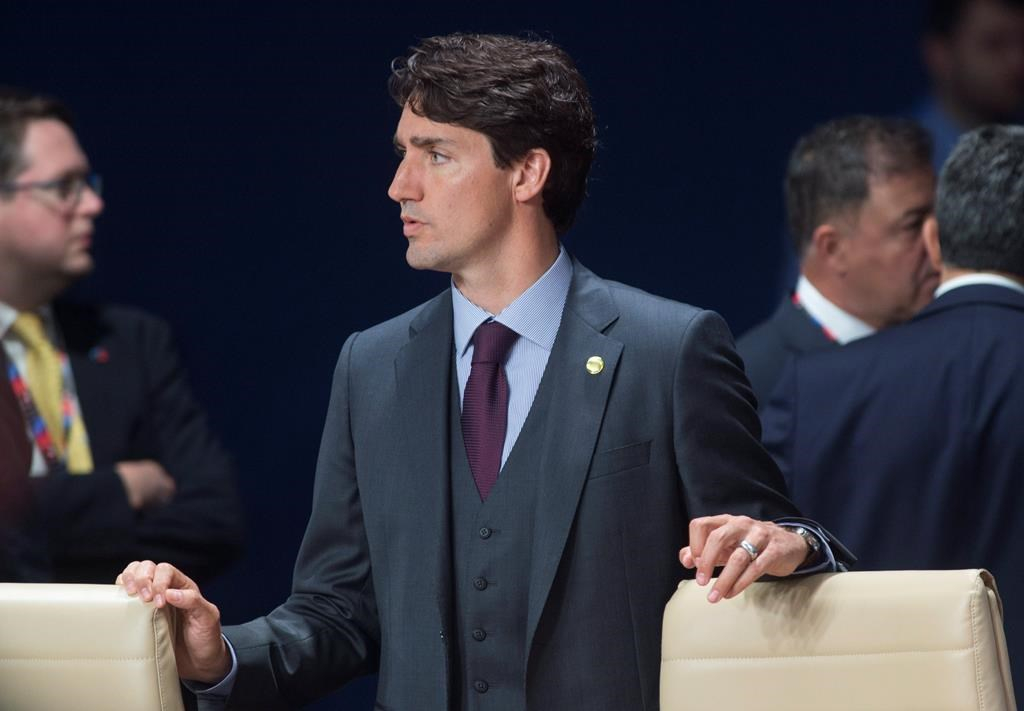 Prime Minister Justin Trudeau promised more cash for Afghanistan from Canada at the NATO summit in Warsaw, Poland on July 9, 2016. Photo by The Canadian Press.
Previous story
Next story

Canada is promising more cash to Afghanistan — while some of its allies plan to keep troops in the country to help it deal with an escalating insurgency.

The Liberal government is renewing more than $150 million per year for aid projects in Afghanistan and to help the country’s security forces. The new money will kick in once Canada’s existing commitment, pledged by the previous Conservative government in 2012, ends next year. It will continue to 2020.

Prime Minister Justin Trudeau announced the commitment during a special session on Afghanistan at the NATO leaders’ summit in Poland on Saturday, after having met with Afghan President Ashraf Ghani in Warsaw on Friday.

“We have made tremendous strides forward over the past 15 years,” Trudeau said at the end of the two-day summit. “But there is more to do and we will continue to support on this path because a stable successful Afghanistan is good not just for the Afghan people, but for the entire region."

The new funding extends Canada’s involvement in Afghanistan to nearly two decades. Canada first got involved in the country’s affairs following the terrorist attacks of Sept. 11, 2001, before sending combat troops to the southern province of Kandahar in 2006. It also contributed billions in aid.

By the time the combat mission ended in 2011, 158 Canadian soldiers, one diplomat and one journalist had been killed. Canada continued to train Afghan security forces in the capital Kabul for the next three years, until the last troops left in December 2014.

Since then, security in Afghanistan has deteriorated. Violence has increased across the country, with the Taliban capturing territory and launching attacks on the capital as the U.S. and other allies have reduced troop levels and increasingly left Afghan forces to deal with security.

The situation has become so bad that Trudeau was warned in a secret briefing note last November that the country could again become a haven for terrorists, which was why the West launched military action to begin with. The Islamic State of Iraq and the Levant has also been making inroads, making the situation even more desperate.

In recognition of what he described as the “precarious” situation in Afghanistan, President Barack Obama announced last week the U.S. would leave 8,400 troops in Afghanistan until at least 2017. That is about 3,000 more than originally planned.

The United Kingdom had planned to withdraw its remaining 450 troops from Afghanistan by the end of this year. However, British Prime Minister David Cameron announced Saturday that it will actually increase the troop complement to 500 to help continue training Afghan forces.

Australia is also shelving plans to withdraw its 270 troops from Afghanistan until at least next year.

Meanwhile, Canada’s new funding will be different than what came before in that the emphasis will be on development instead of security. The Liberals have pledged $56 million per year for the Afghan security forces and $90 million for aid. Under the Conservatives, the ratio was flipped.

Trudeau danced around questions about the pivot. “Canada is going to continue to be a strong supporter of both security and development in Afghanistan,” he said. “That's what the world expects of Canada, and that's what we will continue to do."

The U.S. was reportedly hoping NATO allies would contribute $1 billion per year to help pay the $4-billion tab for Afghanistan’s security forces. Despite years of training and support, Obama said Afghan security forces still need help from the U.S. and other countries.

“We can’t forget what’s at stake in Afghanistan,” he said . “This is where al-Qaida is trying to regroup. This is where ISIL continues to try to expand its presence.”