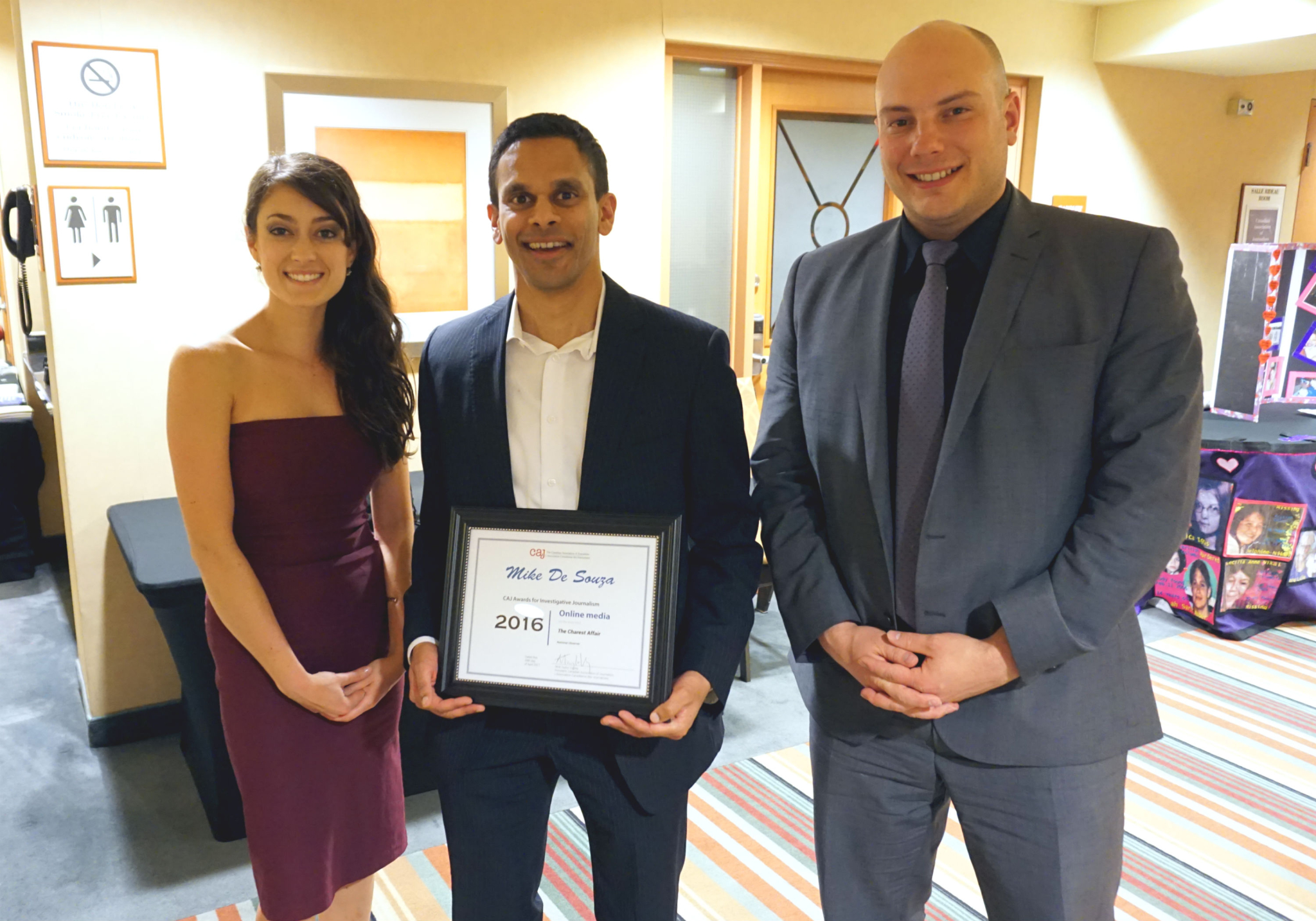 On Saturday evening, he received an 'outstanding investigation journalism' prize in the online media category from the Canadian Association of Journalists (CAJ), which honours the best and brightest reporting projects at its annual gala in Ottawa.

De Souza's investigation, The Charest Affair, revealed potential conflict of interest within Canada's federal pipeline regulator as it reviewed the largest pipeline proposal of its kind in North American history.

Through internal government documents, he learned that the National Energy Board (NEB) had misled the public about private meetings with TransCanada Corp., the company proposing to build the controversial Energy East pipeline. Members of the NEB panel reviewing the oilsands expansion project had met privately with former Quebec premier Jean Charest, who was, at the time, a consultant for TransCanada.

The news made headlines across the country, and public outrage prompted the NEB to admit that its members appeared to be in a conflict of interest over these meetings. The investigation also triggered complaints to the federal lobbying commissioner, and the proactive disclosure of evidence by the NEB to the commissioner’s office to assist in a potential investigation.

"It's an honour to be recognized with so many fantastic journalists here and across the country," said De Souza after receiving the CAJ award on Saturday. "(National Observer) is growing and I think that's a positive sign for Canadian journalism... Thank you to all of my colleagues who worked hard and put up with me and thanks to Linda for creating National Observer."

Read more about The Charest Affair

Thanks to De Souza's reporting, the National Energy Board also received an honourable mention for the Canadian Association of Journalism's annual Code of Silence Award. This particular 'honour' goes to the most secretive government, department, agency or organization that takes public money, but hasn't been open and transparent about how it spends it.

In the heat of The Charest Affair investigation, the NEB hired a vice-president of transparency and strategic engagement who, soon after taking the job, decided to “warn employees that they were under investigation by a private security firm for speaking to reporters.”

That investigation was based on a “preliminary assessment” by the firm, but when De Souza filed an access-to-information request for that report, the NEB told him there was no record of such an assessment.

As Mike and his colleagues

As Mike and his colleagues continue to ferret out the facts/truth about the NEB and its relationship with the pipeline/energy industry, the Canadian public has increased ammunition to justify the replacement of the NEB, the NEB Act, and the Environmental Assessment process.

Congratulations to Mike and the National Observer. Well done!