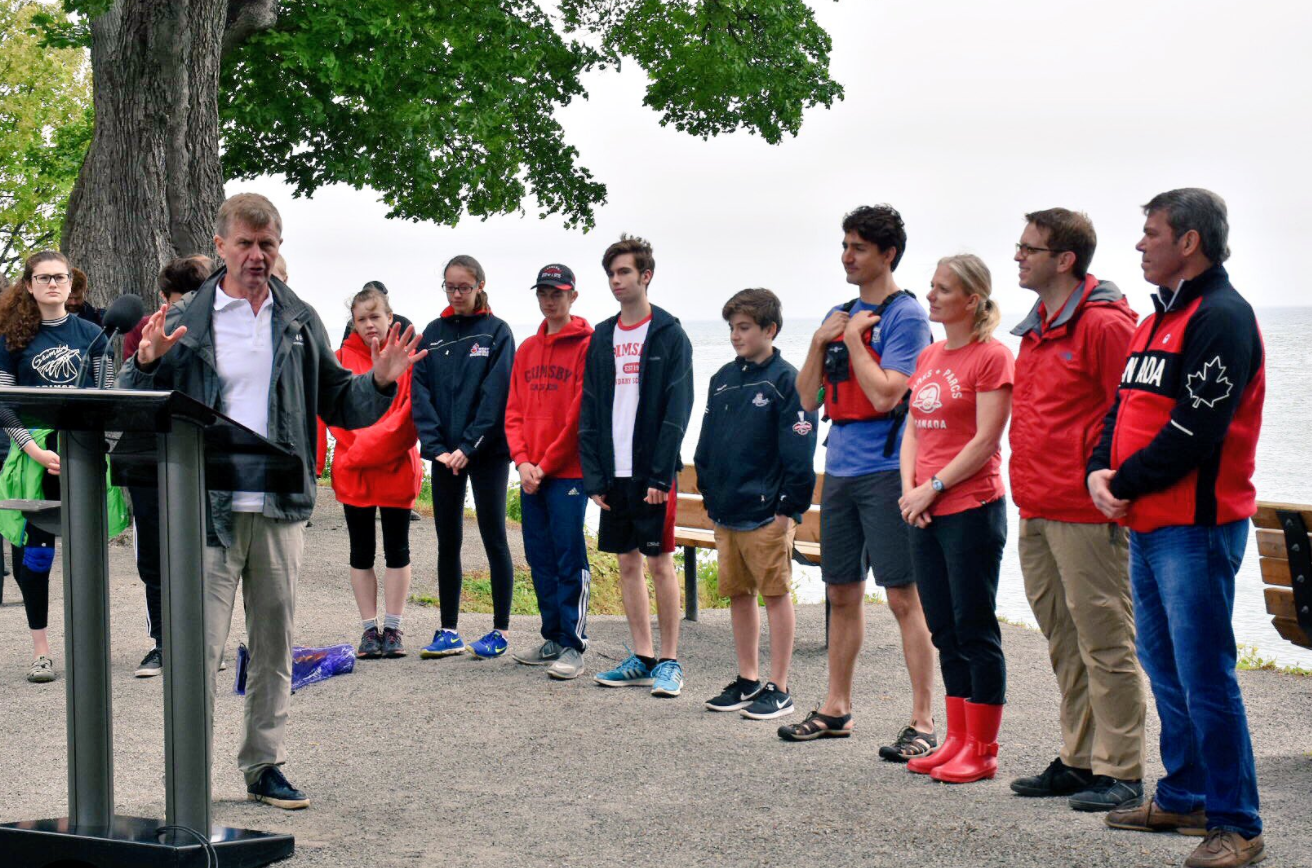 It can be tempting to succumb to pessimism and despair in the face of such events, but on World Environment Day, two prominent climate leaders are spreading a resounding message of hope.

Erik Solheim, executive director of the United Nations Environment Programme (UNEP), and Environment Minister Catherine McKenna said they are optimistic about humanity's odds of saving the planet, despite the impacts of climate change on Earth's most vulnerable people, ecosystems, and animals.

But it will take every ounce of our collective commitment and ingenuity, they told National Observer, speaking over the phone between activities underway in honour of the special day. Canada was chosen as the official global host for World Environment Day 2017, the theme of which was "Connecting People to Nature."

Changing the way the world does business

Asked where on Earth they had felt most connected to nature — which places had inspired them most in their work — both McKenna and Solheim struggled to respond. Each of them has travelled far and wide in their work engaging governments, stakeholders and individuals on climate action, and both agreed that the world is full of incredibly beautiful places.

For McKenna, who said she loves the water, it's Gwaii Haanas National Park Reserve off the coast of British Columbia. For Solheim, it's the lush tropical rainforests of Borneo in Southeast Asia.

"I'm most fascinated by the rainforests because they're so green and so lush," said Solheim, whose UNEP headquarters are based in Nairobi, Kenya. "Orangutans are so incredible. They're 99 per cent similar to humans when it comes to genes... You see the relationship between young and old is amazing — it's a mirror image of us humans."

Last year, a damning report from the World Wildlife Fund and Zoological Society of London suggested that two thirds of the planet’s wildlife could be wiped out by 2020 as human activities overwhelm the earth. In order to preserve what remains, said Solheim, countries must make a critical change in the way they do business:

"The biggest problem is a system problem," he explained. "The benefits of destroying nature, of bringing down a forest or polluting nature, are private. A company or a nation benefits while the costs are socialized, pushed onto the tax payers or to the next generation, or to someone else.

"We need to fix that so that no one can destroy something and give the bill to someone else."

It's a concept McKenna said is embodied in Canada's new carbon pricing plan, a plan that has encountered some resistance from provincial governments and industry. That's why hope is the greatest weapon in the race against climate change, she added — it builds more momentum than fear.

"The more we can convince people that it's possible to do this, that this is the smart thing to do or we're going to see even greater economic impact, like floods and forest fires... It's showing the path forward," she said.

"People care for the environment, but they're also worried about jobs, they're trying to get food on the table for their kids. If you just say, 'You know what? The future is terrible, we're not going to be able to save the planet,' then we won't. We won't get the momentum, we won't get people imagining how they could do things differently."

All the time, she said, she sees examples of climate leadership that give her hope: schools that have cut their cafeteria waste in half, or environmentally-friendly innovators like CarbonCure Technologies Inc., a Nova-Scotia-based company that uses carbon dioxide to make better cement.

Asked who their 'climate heroes' were, neither she, nor Solheim, had any trouble coming up with a list.

Climate leadership is emerging from new corners of the world, said Solheim. Renewables like wind and solar are now competitive with coal everywhere in the world, he explained, and there are more jobs in renewable energy than in oil, gas and coal combined.

"We’re past the point of no return," he insisted. "China in particular is turning around its environment policies very fast... India is also moving into solar energy at a speed no one thought was possible. The markets there are so big, that when they take action it will have huge impacts on everyone else."

Asked to name an individual taking climate action that inspires him, he immediately named Indian lawyer Afroz Shah, who initiated what UNEP has called the "world's largest beach clean-up in history." Over 85 weeks beginning in October 2015, Shah and his team removed 5.3 million kilos of waste from Versova Beach in Mumbai.

"It shows what one individual can achieve when he or she just starts working," he said. "All the major changes in the world have been because someone started acting."

Among McKenna's climate heroes are: American singer Jack Johnson, who regularly donates 100 per cent of his concert profits to green charities and initiatives; Patricia Espinosa Cantellano, Executive Secretary of the UN Framework Convention on Climate Change; and former New York mayor Mike Bloomberg — a Republican who she said "doesn't shy away" from environmental advocacy.

She counts them as champions who are "stepping up to the plate," she said, and in 2017, she aims to follow in their footsteps. But it will take collaboration from everyone, she added — no single government, company, country or citizen can do it alone.

"I’m never satisfied," she told National Observer. "I’m someone who believes that we can do more and I’m always thinking of ways that we can work together to do more, because I think it's really important that it's not a partisan issue.

"Everyone needs to be taking action, we have to do this together. Everyone has to understand that if we don't do it, we will lose everything we care about and we will destroy the future for our kids and grandkids."

Please, spare us from the

Please, spare us from the fluffs of hope and progress, battling the heinous fears of carbon taxes.

Is it symbolic that McKenna dons rubber boots and Trudeau a life vest?

High water is nigh, our government knows they've changed nothing of how they do business.