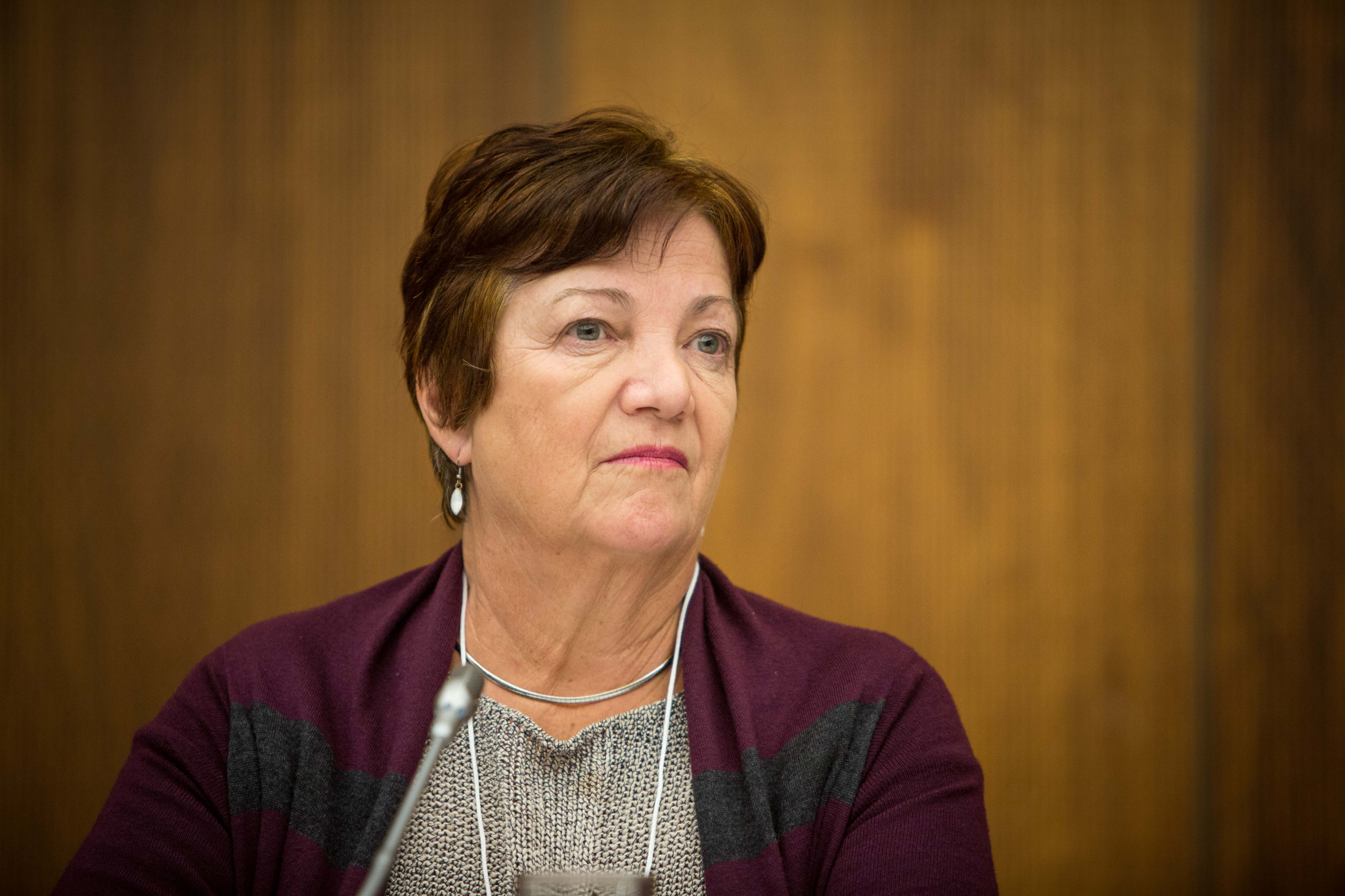 Former deputy prime minister and environment minister Sheila Copps, in Ottawa on Oct. 25, 2017, said many people are still unwilling to even recognize that sexism exists. Photo by Alex Tétreault
Previous story
Next story

Sheila Copps says the way that politicians deal with sexual harassment on Parliament Hill is still “cloaked in too much secrecy,” and recent high-profile revelations about sexual assault show that many people still deny that sexism exists.

It’s been almost three years since the former deputy prime minister, 65, came forward with her own story about a politician in Ontario who sexually assaulted her more than three decades ago when she was a member of the legislature, and about a man raping her years before she was a politician.

“People are willing to talk about racism and reconciliation, but when it comes to sexism there are a lot of people who are still unwilling to even recognize that it exists,” Copps said in an interview Wednesday on the sidelines of an Ottawa event about a review of federal environmental laws.

Her comments come in the wake of recent sexual harassment revelations about high-profile media figures, such as Hollywood producer Harvey Weinstein and former Fox News chair Roger Ailes and host Bill O’Reilly, as well as apologies and resignations this year from several Canadian parliamentarians over claims of sexism, sexual harassment and assault.

The House of Commons introduced a policy on preventing harassment, approved in December 2014, that lays out a fairly complex process for filing a detailed, formal complaint.

“I think they’ve made some baby steps in that direction...I’m sure it’s better than when I was there,” she said.

"In general, the internal (parliamentary review) process is cloaked in too much secrecy, and that's the piece that needs to come out. Now in order for that to happen, all the parties have to agree to that."

As part of the new policy, mediation and conflict resolution is encouraged before a formal investigation, and records are kept confidential, except for some statistics disclosed in an annual report.

Copps suggested that more details about how cases were investigated need to be made public to demonstrate that complaints are taken seriously.

“Because it is not a fully open process, it lends itself to being discredited,” said Copps. “There needs to be a process that is governed in a most transparent way.”

Copps, who was also an environment minister and heritage minister under former prime minister Jean Chretien, said she believes “sexual harassment and sexism is rampant in all areas of society, including politics.”

Political areas like Parliament are magnets for such behaviour, she said, because they accommodate an imbalance of power between different individuals. Her own experience was an example of that imbalance, she said.

Parliament is no stranger to abuse of authority, harassment and discrimination, logging 19 cases in the 2016-17 fiscal year, according to a House report.

This summer, MP Darshan Kang resigned from Liberal caucus after a woman who had worked with him said he sexually harassed her despite being repeatedly asked to stop.

Sen. Don Meredith also resigned his senate seat this year after a Senate committee report found him unfit to serve, concluding that he had formed a sexual relationship with an underage woman.

Their stories follow those of MPs Scott Andrews and Massimo Pacetti who were accused of harassment by two female MPs in 2014 and subsequently booted from caucus.

This week, MP Yasmin Ratansi apologized for remarks she gave at a Toronto event where she appeared to advise women to have "thicker skin" when it comes to sexual harassment.

The Senate is conducting a review of its own harassment policies, the Hill Times reported in August.

In addition, the procedure and House affairs committee presented its review Wednesday of the sexual harassment code of conduct for the MPs.

“You’re the top elected people in your country. And sometimes that level of authority and non-transparent oversight can get people into trouble."

Copps, who said she attended Hillary Clinton's book tour stop in Montreal on Monday, said that the experiences of the former U.S. presidential candidate and secretary of state provide another example of a double standard in politics.

“When you’re a woman in a man’s game, you do have to play by a different set of rules."

Off the Hill, stories continue to fly as well.

Some institutions also face accusations; Canada’s spy agency recently admitted "retribution, favouritism, bullying” in the workplace in the wake of a $35-million lawsuit that alleged a workplace environment with racist, sexist, homophobic and discriminatory behaviour.

And that’s not to mention the Jian Ghomeshi trial last year, where he was acquitted of assault in a case that triggered an outpouring of stories about men harrassing or assaulting women. Workplace harassment investigators say they’re swamped.

Trudeau respects Kang's decision to resign, won't say if he asked him to