Closing the coding gender gap, one hackathon at a time 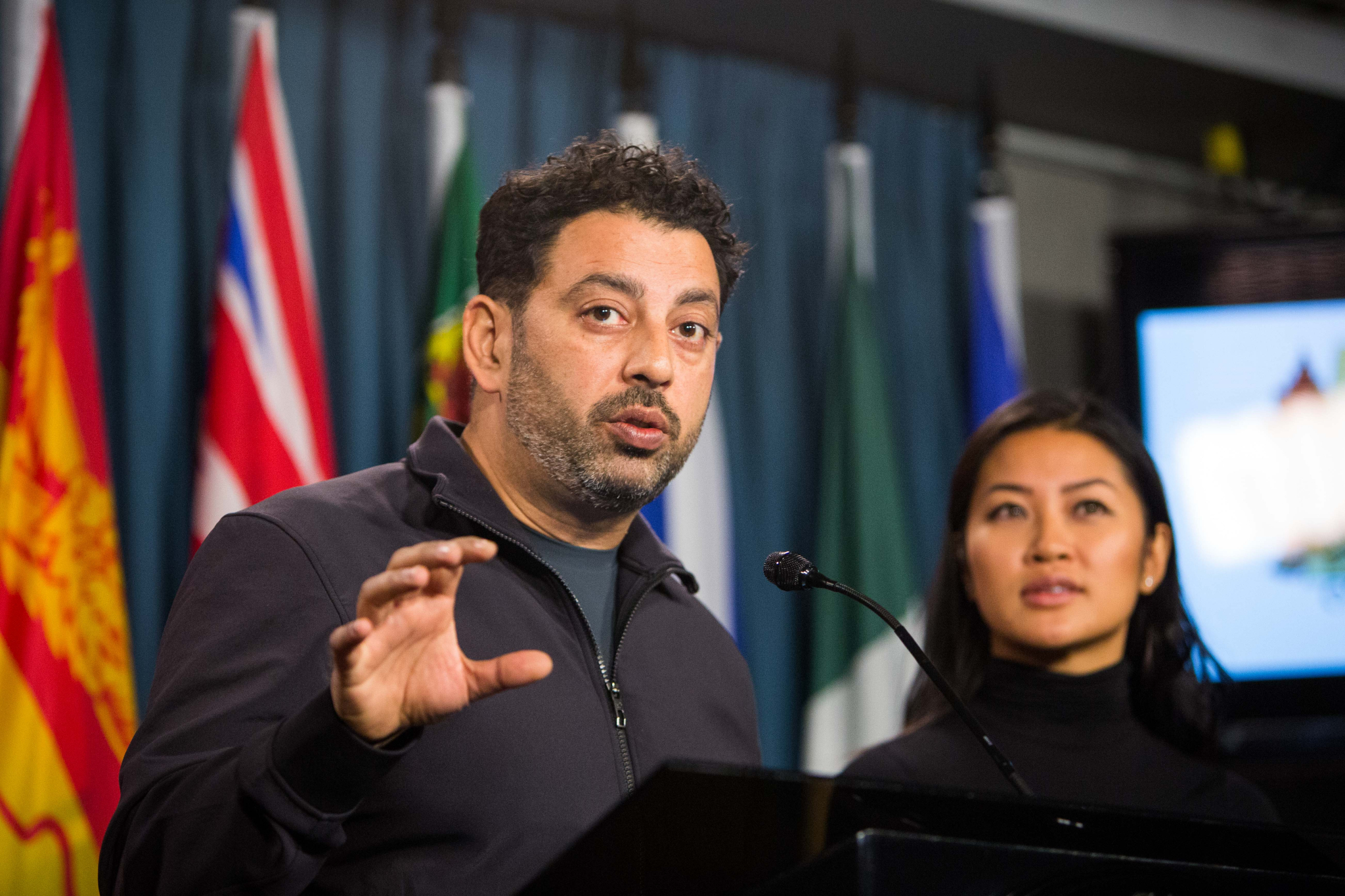 Almost all computer programmers in Canada are men, but that may start to change after a girl-only hackathon expected to attract thousands of students next month.

Toronto-based non-profit Hackergal pulls together girls in grades six to nine, teaches them computer code and then puts them into small teams to find solutions to problems through coding at girl-only events called hackathons.

The organization is expecting to pull in 2,500 participants from over 40 schools at its next event on Dec. 13, the “largest-ever” all-girl hackathon “by a significant margin,” said Ray Sharma, co-founder and CEO of Hackergal, at a press conference on Parliament Hill on November 15.

The event has the support of both industry and government, including Canada's cyberspy agency.

Hackathons are like school cramming exercises for computer programming. They bring groups of people together to come up with software applications, often over the span of a single day or night.

The pressure-cooker environment forces participants to learn aspects of software development quickly. Coders also potentially benefit from the intense preparation that may precede a hackathon.

Sharma, who is founding partner and CEO of Toronto-based venture capital firm Extreme Venture Partners, is on a mission to “move the needle” on the computer programming gender gap.

In Canada, 95 per cent of developers are men, Sharma said. In the gaming industry, that number is even higher at 99 per cent, he added, although the fastest-growing segment within gaming is women 30 and older.

“If we have the same background, the same orientation, it does restrict us in terms of creativity, and the potential for serendipity and accidental innovation,” said Sharma.

Organizations like Girls Who Code have emerged to counteract a similar trend in the United States, while Canada is playing catch-up, he said.

While the largest U.S. technology firms publish statistics showing women comprise 15-18 per cent of their development workforce, those numbers include user interface experts and artists, argued Sharma. The real number of programmers in those firms is as low as five to eight per cent, he said.

Hackergal was created in 2015 to help address the programmer gender gap in Canada. “Our thesis is that we need to influence girls at this level [of education]," said Sharma.

He said the reason the organization targeted middle school was because it is the first time students get to choose some elective classes as they transition to high school.

“That’s where we think we’re losing the girls in terms of choosing computer science,” he said.

Sharma said he’s seen interest from 10-12 year-old girls “skyrocket” in coding after their hackathons over the last couple years.

“If you factor that over many years, maybe over a decade-plus, you can see potentially how we can move the needle when it comes to the gender gap in coding.”

Canada’s electronic spy agency, Communications Security Establishment, is putting up $50,000 for the event as well as providing expertise in the form of advisors, said Shelly Bruce, the organization's assistant deputy minister of signals intelligence.

Bruce said Canada needs more mathematicians, engineers and computer scientists — and it was important to have those technical and highly-sought-after skills distributed across a diverse workforce.

“Girls represent an enormous pool of talent. And we want, we need, girls to be curious about science,” said Bruce.

To achieve that goal of digitization it needs a diverse and skilled workforce, she said.

“The number of young women completing engineering and technology programs has dropped significantly in the past 30 years,” said Ash.

“As a result women are generally under-represented in technology and mining-related jobs, especially in technical positions and in leadership roles.”