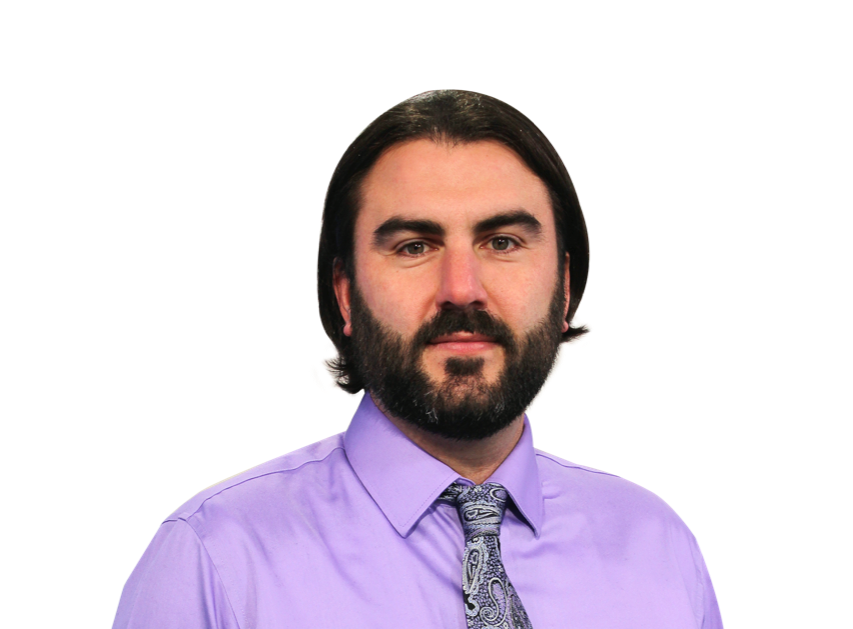 File photo of Justin Brake, an APTN journalist facing civil and criminal charges after he reported on an occupation at Muskrat Falls by Innu and Inuit land protectors. Photo courtesy Justin Brake
Previous story
Next story

An award-winning journalist in Canada facing jail time for doing his job is warning that the courts are being used to protect corporate projects at the expense of press freedom.

Justin Brake is being criminally charged with disobeying a court order and mischief, after he covered a 2016 occupation by Innu and Inuit land protectors of a construction site for Muskrat Falls, a controversial $12-billion hydroelectric project in Newfoundland and Labrador.

The charges stem from the fact that he followed the land protectors into the site, livestreaming and writing web stories, despite an injunction sought by the project’s proponent, Crown corporation Nalcor Energy, to block disruption of activity.

“From what I’ve been told by observers within the course of my reporting and in the course of speaking to people who are following my case, these court injunctions against Indigenous people are becoming more and more common,” said Brake, in an interview.

These injunctions can make spaces “immune to journalism,” he argued.

“My concern is that as this phenomenon grows, journalists are going to be either afraid, or not willing to take risks to go into these spaces,” said Brake. “At this moment in history, where we’re supposed to be moving towards reconciliation in Canada, these important stories are not going to be told, and Canadians can therefore not be informed about what is happening when Indigenous people try to defend their lands and an injunction happens to be in place.”

The news outlet Brake worked for when he covered the story, Newfoundland and Labrador's The Independent, is the subject of the 20th Press Freedom Award by the Ottawa-based Canadian Committee for World Press Freedom. The outlet is being honoured for its work at an annual luncheon in Ottawa to mark World Press Freedom Day on May 3.

The committee said that Brake, who is now with APTN, is understood to be the only journalist to ever face both civil and criminal charges in Canada for reporting on a public interest issue. It said The Independent’s coverage, including Brake’s livestreaming, brought national attention to Muskrat Falls and fostered debate.

“Canadian journalists work in a country of relative freedom, but we still have to be vigilant because we sometimes witness glaring examples of that freedom being threatened, and Brake’s experience is one of them,” said committee president Shawn McCarthy, national business correspondent for The Globe and Mail.

National Observer managing editor Mike De Souza received an honorable mention for "relentless reporting on the National Energy Board, including revelations that the pipeline regulator hired private investigators to find out who leaked information to him."

'This isn’t a right that we’re fighting to gain'

Green Party leader Elizabeth May, NDP MP Kennedy Stewart and hundreds of others have been arrested for violating an injunction against access to Texas-based energy company Kinder Morgan’s operations in Burnaby, B.C., to protest the expansion of the Trans Mountain oil pipeline. The protest was supported by some members of Tsleil-Waututh Nation in defence of their territory.

Earlier this year, the B.C. Supreme Court granted an injunction against a number of people, including members of the Musgamagw Dzawada'enuxw and Namgis First Nations, who were protesting a fish farm company. And in New Brunswick in 2014, a clash erupted between the RCMP and members of Elsipogtog First Nation after the police tried to enforce an injunction.

“When private corporations are working with governments to develop on Indigenous land, if proper consultations hasn’t happened, if free, prior and informed consent hasn’t been acquired, often times you’ll see Indigenous people defending their land or their waters,” said Brake. “The press has a right to tell these stories, and Canadians have a right to know.”

Brake said he believed historically that when journalists in Canada have gone onto private property or obtained confidential documents to get a story, there has been a “hands-off approach by authorities.”

The press can play a central role in a free, fair and just society, holding the powerful and influential to account, and informing Canadians of how their democracy is functioning.

Freedom of the press is enshrined in the Canada’s Constitution as a “fundamental freedom” under Section 2 of the Charter of Rights and Freedoms. The section states that everyone has “freedom of thought, belief, opinion and expression, including freedom of the press and other media of communication.”

In Canada, however, press freedom has taken a hit in recent years. Last year, the country dropped out of the top 20 in the 2017 World Press Freedom Index by Reporters Without Borders. The report noted incidents such as a police investigation spying on six journalists in Quebec and police seizing a Montreal journalist’s computer.

This year’s ranking brings the country back to the 18th spot, but noted many concerns remain, including Brake’s case — and the case of Vice Media reporter Ben Makuch, who is fighting a court order forcing him to disclose his confidential source material to the RCMP. The Supreme Court of Canada is considering that case now.

Canada was in the eighth spot in the 2015 rankings.

This spring, Radio-Canada journalist Antoine Trépanier was arrested by police in Gatineau, Que. after a “criminal harassment complaint” was lodged by a woman whom Trépanier was investigating. Police later admitted they had made a mistake after the Crown determined that Trépanier was doing his job and had not committed a crime.

Meanwhile, media in Canada continue to shrink. Under a deal last November between Canada’s largest print media companies, 36 newspapers were closed, and along with them, almost 300 jobs. The move triggered a raid by federal investigators into an “alleged conspiracy.”

Prime Minister Justin Trudeau said last year that "a strong and independent media, a free press, is essential in the protection of our democracy and of its institutions.” The Trudeau government has passed the Journalistic Sources Protection Act, that is supposed to add a layer of protection for journalists, in cases where the public interest is deemed to outweigh the administration of justice.

Canadian Heritage Minister Mélanie Joly has also said she was "extremely concerned" about the drop in press freedom rankings in 2017.

Asked if Minister Joly was as concerned about Brake's case, as she was about the cases last year, Joly’s spokesman Simon Ross said in an email that “we believe that journalistic independence is of fundamental importance to our democracy.”

“As the case is currently before the courts, it would be inappropriate to comment further,” said Ross.

National Observer also asked Justice Minister Jody Wilson-Raybould to respond to Brake’s assertion that there is an increasing use of court injunctions on corporate projects, and that this is having an effect on freedom of the press. Director of communications David Taylor in Wilson-Raybould’s office said "it would be inappropriate for the minister to comment."

As for Brake, his camp is preparing to go to trial on the criminal charges, and is waiting for a trial date to be set. Before that can happen, he said he's waiting on a decision on the civil charge.

“If the judge’s decision is strong enough in our favour, it’s possible that the criminal charges can be dropped. But the way that this has been going so far, I’m not holding my breath. I’m not taking anything for granted,” he said.

“There are people who want to see me charged criminally for reporting what I did, and I take that very seriously.”

Private corporations get away

Private corporations get away with using the law to muzzle journalists and keep the Canadian public uninformed, in part because they can. Too many of us don't want to know, are too busy to know, or prefer to take the side of traditional authority.....particularly when its Aboriginal Land that is being resourced.

Sadly, our desires for 'reconciliation' run only word deep. We are masters of the apology, but missing in action when transnationals flex their muscles and muzzle journalists brave enough to stand with indigenous people and the land.
Our mainstream media needs to step up as well, but as this article points out, every year less mainstream media exists....while the twitosphere continues to grow. Maybe those on that platform could try to spread the good news?