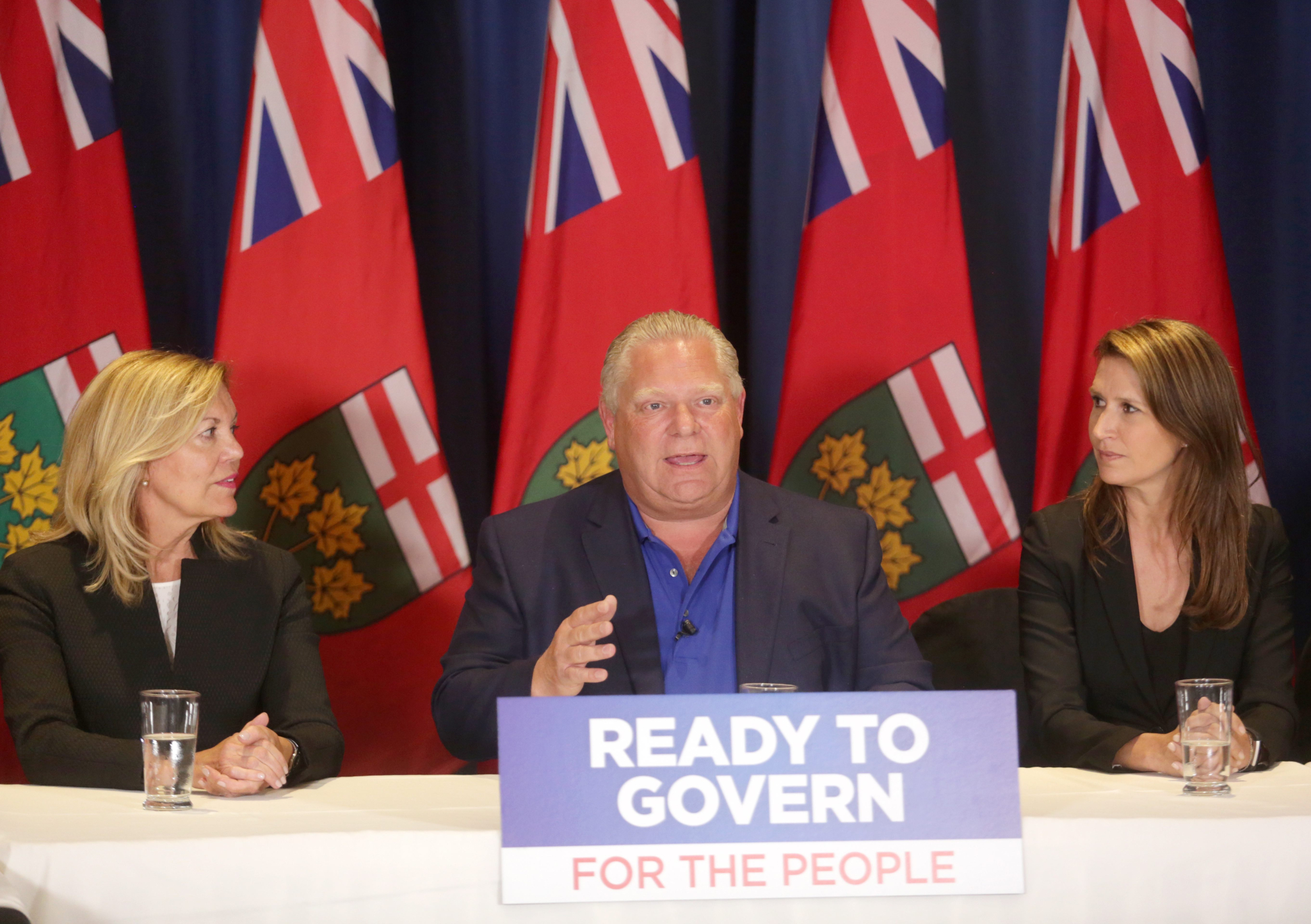 Last week, the Ontario Progressive Conservatives and their leader, Doug Ford, released their “platform”—a brochure that’s long on empty populism and short on details, like how they plan to keep their promises or what the whole thing is going to cost Ontarians.

The other parties have released proper accounts of what they want to do for the province and how they intend to get the job done, but not Ford, who’s plainly unfit to govern.

When pressed on the flimsy plan, a spokesperson for the party said no further costing would be done before the vote despite an earlier promise to deliver a “fully costed” platform. The Tories posted their manifesto without much fanfare, including no technical briefing for reporters.

Ford’s campaign has been an exercise in repeating the word “people” in the hopes that his populist appeal would take care of any lingering questions and trying not to screw up. That shouldn’t surprise anyone, given that Ford doesn’t even seem to know how a bill becomes a law. All of that is bad. But it gets worse. Much worse.

As Justin Ling pointed out in The Walrus, during this contest, as with all elections, each party has been bending the truth, trying to frame their opponents or buff out the scratches in their own ideas, but Ford is quite simply talking full-on nonsense. He’s on to something, but it’s even worse than you might expect.

Ford is bullshitting. In his book On Bullshit, philosopher Harry Frankfurt distinguishes between lies—deliberate false claims by a speaker who knows better—from bullshit—which reflects the speaker’s “indifference to how things really are.” The liar is deviating from truth, the bullshitter is creating his own reality without so much as concern for the concept of truth. Can you tell which category Ford falls under?

In this sense, Ford is Trumpian: he blusters, he talks nonsense, he creates a world that reflects the darkest timeline of what might be out there, knowing that his apocalyptic rambling will resonate with a core minority of his supporters who don’t care what’s real and what’s not. The Ford people want to feel outraged. They’re angry and they want someone or something to be angry at. They’re not after a plan. They’re after catharsis, whatever the cost. In this case, the cost is likely to be high with the PC’s asking voters to roll a pair of dice stacked against the future of the province.

The fact that a leader would indulge the angry mob should disqualify them from consideration by a sensible electorate. No one should trust a politician who’s ready to risk the long term health of a province’s democratic institutions and the good governance of the land itself in order to win power, just as no one should trust a politician who wants to govern the country’s most populous province without a coherent plan that can be scrutinized by voters ahead of election day.

Undecided voters and conservatives who support Ford need to ask themselves what they expect from a premier and whether the man leading the blue team is a match. Those folks need to take a moment off to the side to think about what Ford is actually offering them and the province, not just what he wishes them to think he’s putting forward: the blank canvas onto which they can project their outrage.

Ford’s campaign has been an exercise in repeating the word “people” in the hopes that his populist appeal would take care of any lingering questions and trying not to screw up, writes @David_Moscrop

Even the National Post, a conservative paper, held their nose as they endorsed Ford. In their endorsement of the PC leader they write:

"On the campaign trail, meantime, Ford has stuck closely to his usual script of populist talking points while demonstrating a weak grasp on many policy files. The party and Ford himself have been accused of unbecoming riding-level shenanigans.

"And the party’s much-delayed 'fully-costed' plan of campaign promises, when it was finally published this week, is not anything like advertised. It's more like a glossy pamphlet of promises."

They go on to explain why they support the Tories nonetheless, but if that’s what Ford’s likely allies are saying of him, what does that reveal about his qualities as a leader?

Voters in Ontario are angry and frustrated and want change. If that wasn’t the case, most of them wouldn’t consider opening a door for Ford, let alone voting for him. But in the current political climate, the man who shouldn’t be allowed to govern his own iTunes account has a shot at winning a majority government.

But he can be stopped. Once conservatives and undecideds reflect on their other options and what a Ford victory would mean for the future of Ontario, I suspect they’ll see through his bullshit and choose someone else.

Horwath gets the opening she needs to win

Well, what can you expect

Well, what can you expect from a neanderthal man, eh? That anybody would even consider voting for Duggy Ford is revolting! Might as well vote for Trump or a dead guy like Al Capone or a fictional guy, like Homer Simpson.