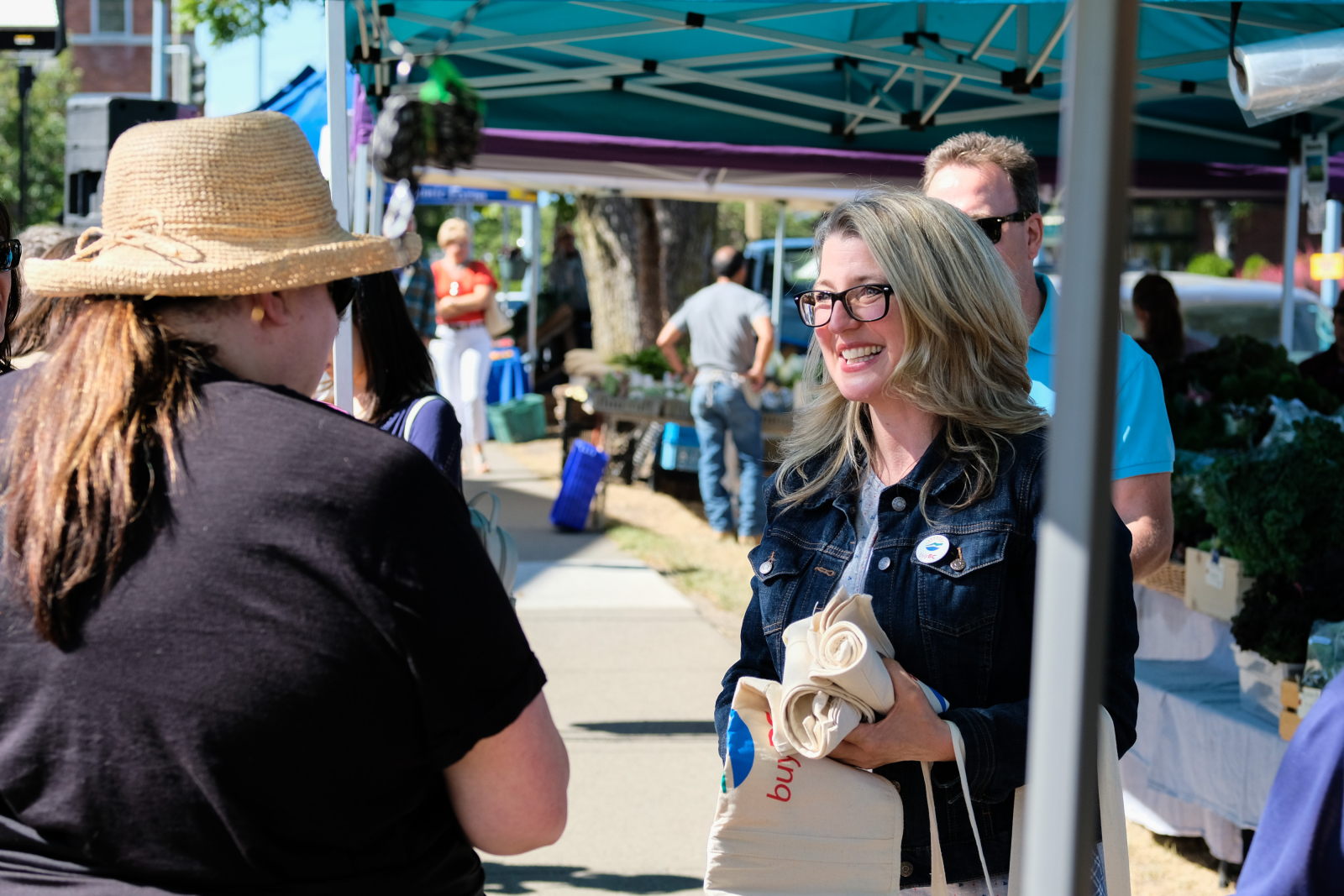 British Columbia's farmland is under threat from monster homes, real estate speculation and outlandish land prices, but help is coming. Lana Popham, B.C.’s Minister of Agriculture, said legislation will be introduced in the fall to clarify that land within the province’s Agricultural Land Reserve (ALR) is only to be used for farming. Since becoming minister last fall after a decade as opposition critic, Popham has faced the contentious issue of fish farms. She is also trying to grapple with climate change and has mounted a three-part mandate that includes Grow BC, Feed BC and Buy BC.

The issue of monster homes on farmland “raised its ugly head” in Richmond recently, but it’s also happening all over the province, Popham says.

In May, City Councillors in Richmond voted to continue to allow houses of up to 11,000 square feet on land that is in the ALR. They also voted to allow secondary residential buildings of up to 3,200 square feet.

“Mega mansions on ALR land are imperiling our food security, destroying agricultural land and driving up prices well beyond the reach of young farmers,” Andrew Weaver, leader of the B.C. Green Party, said.

Weaver called for the government to restrict foreign ownership of ALR land, apply the speculation and foreign buyers’ taxes to land in the ALR, and create legally binding house size limits in the ALR.

Rather than jumping into those changes, Popham is waiting for a public consultation report, expected at the end of July. Still, she says the price of farmland is “absolutely out of control” and, like Weaver, believes high prices are making it impossible for young farmers to buy into the market.

That's a problem because the majority of farmers in B.C. are older than age 55, with just seven per cent younger than age 35, Statistics Canada shows.

Speculation is rampant and farmers can often make more money having fill dumped on their land than they can from farming, Popham said.

Earlier this year, a national Senate report found that the country's food supply could be at risk because farmland is being bought up by speculators, such as pension funds and foreign investors. This phenomenon is driving up prices, making farms unattainable for young farmers and threatening the viability of the family farm, across the country.

Monster homes, mega mansions... or food? A crackdown is coming to protect B.C. farmland, reports @tracysherlock Keep up with Tracy's latest #bcpoli stories: Use the promo code SHERLOCK today and get 20% off your annual subscription.

The ALR was created in B.C. in 1973 to preserve farmland and to encourage farming on that land, which makes up about five per cent of the province’s total land base. Popham estimates that only about half of that is actually productive land, because some of the ALR has rivers and roads running through it.

Changes to the ALR legislation will affect other ministries. But with the original legislation being more than 50 years old, it all has to be revisited, she says.

“I’ve seen reports that the Chinese government actually has a budget to obtain food producing land outside of China,” Popham said. “That’s very forward thinking, as far as looking at food security.”

Grow BC is about finding ways to get new and young farmers onto the land, which is encompassed in the ALR review and changes. Feed BC has two prongs – creating a new food innovation centre in the province and making sure B.C.’s hospitals and long-term care facilities use more B.C.-grown food. At the moment, only 12 per cent of the food in those facilities is grown in B.C. But Popham wants to increase that to 30 per cent. 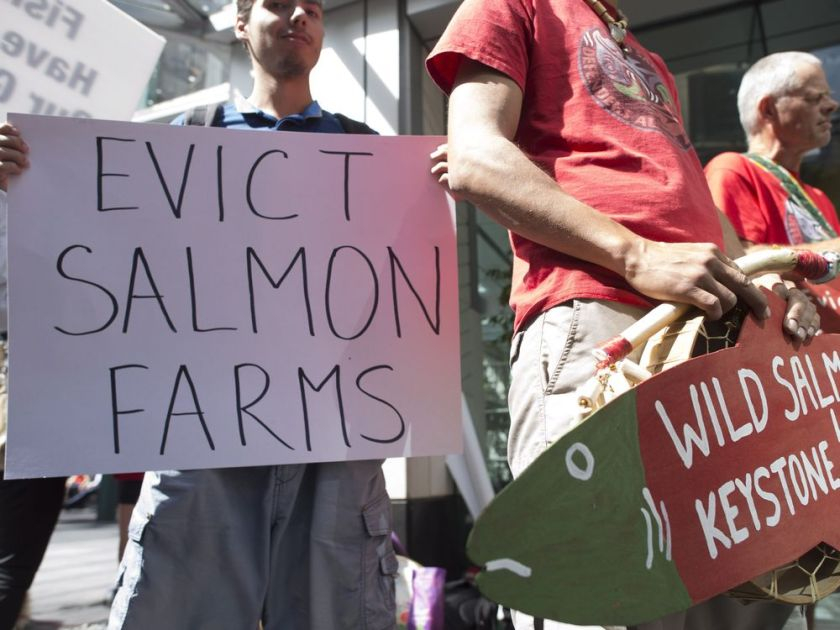 Fish farming is a contentious issue on the B.C. coast, but Popham says her ministry was involved in an 'historic' agreement just last week. A letter of understanding was signed by three B.C. ministries and three First Nations about fish farming in the Broughton Archipelago. The reason she calls it historic is because it commits the three ministries to work together with the First Nations to reach a consensus in the next 90 days, both about fish farms and about protecting wild salmon.

“To reach consensus to agree on this framework is pretty amazing.” Popham said. “The wild salmon has reached a critical point – we have to focus on it – I don’t think we have any choice, but I’m really happy that we have it in writing that that’s what we’re going to do.”

Wild salmon is not only sustenance for some First Nations, it also has a major cultural importance, Popham said. But some elders told her they haven’t had wild salmon in their freezers for years.

Bob Chamberlin, elected Chief Councillor of the Kwikwasutinuxw Haxwa’mis First Nation, said the work is being done in accordance with the United Nations Declaration on the Rights of Indigenous Peoples.

“We have never consented to the presence of these fish farms in our territories. We look forward to a process that respects the need for our consent going forward,” Chamberlin said in a news release.

Earlier in June, the government announced that, effective June 2022, it would only grant tenures to fish farm operators who had shown the federal government that their operations would not adversely affect wild salmon and who had negotiated agreements with First Nations in whose territory they would operate.

Although some fish farm tenures in the Broughton Archipelago recently expired, they have been continued on a month-to-month basis now while the three ministries and First Nations continue their discussions, Popham said.

The upcoming legalization of recreational cannabis is another area of agricultural concern in B.C., but Popham is recused from handling that file because her husband is a general practitioner who prescribes medical cannabis. Nonetheless, she says policy development is happening and she will be able to talk about it soon.

I live in a neighbourhood

I live in a neighbourhood called Birdland.. in Surrey.(all street names are names of birds) we have wildlife here, raccoons, squirrels, bluejays..the occasional skunk or coyote. People here seem to have no qualms about chopping down 100 year old trees...to either build new monster homes, or to enlarge the home that is there already. This used to be a neighbourhood full of small affordable rancher style homes. The prices have sky rocketted here, and we are slowly being taken over by monster homes. The current home I live in is due to be sold..its a rather large house..I am guessing it was originally a rancher but was raised to make the basement a living area as well. Built sometime in the 1970s..from what I hear. Landlord died last november, and current owner is possibly selling as a tear down. Its a large property so I expect that if sold as a teardown...there will be yet another monster home built in our small cul-de-sac. There seems to be a few South Asian people that are building these homes..yes I know that Surrey is growing population wise at a rapid rate. But affordable homes ..are already going away in this area..average prices seem to be around 800,000 to one million now..whereas before you could buy a home for $300,000, $400,000, Hard to rent anywhere here in Surrey, apartments offered at one bedroom suite 525 sq ft @ $1650 a month. Much out of the reach of low income and or seniors' pensions.

Is our country for sale? Why

Is our country for sale? Why would foreign buyers have ever been allowed to buy property in Canada? Sounds like greed and corruption must have been involved. This has to stop!!!