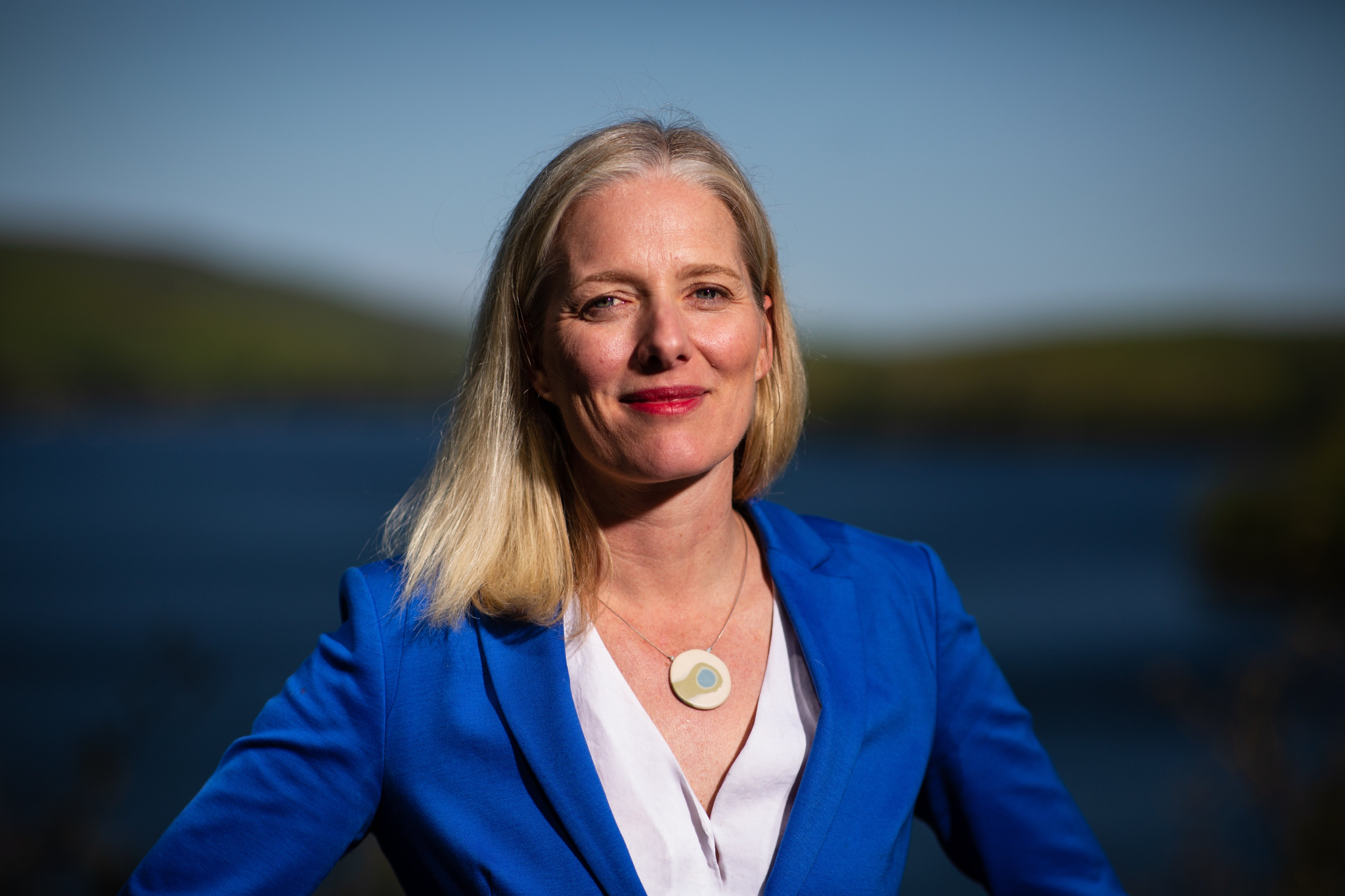 Environment and Climate Change Catherine McKenna poses for a picture at Meech Lake in Quebec on May 17, 2018. File photo by Alex Tétreault
Previous story
Next story

Environment and Climate Change Minister Catherine McKenna won't be deterred by the United States and Japan refusing to sign a G7 charter on plastics pollution, heading into the group's ministerial meeting in Halifax next week.

If some governments won’t yet play ball, she suggested there are plenty of other players.

“We’ve been working with industry in the U.S. and industry around the world,” said McKenna in an interview Sept. 12.

“The U.S. is not going to be signing on to the plastics charter, but it’s the same as what we’ve seen in terms of climate, that the other actors are extraordinarily important — state actors, city actors and businesses in the United States are very committed to protecting the environment, and we’re working very closely with them.”

The plastics charter is a proposed international agreement that Canada is pushing the world to adopt in order to promote sustainable management of plastic products and waste, on land and in the sea.

For Japan, the country simply wants to conduct more consultations, McKenna argued. “They’re very supportive of taking action to tackle plastic pollution, they’re just not in a position right now to sign on to a plastics charter.”

McKenna, along with Fisheries and Oceans Minister Jonathan Wilkinson and Natural Resources Minister Amarjeet Sohi, are co-hosting a G7 environment ministerial in Halifax from Sept. 18 to 21.

The summit in the east coast city is the last major event for the G7 discussions in Canada this year. The discussions were notably marked by a public spat between Prime Minister Justin Trudeau and U.S. President Donald Trump after the latter left talks in Charlevoix last June, yanking his support for a joint statement with a tweet.

Trump had also rejected a unified G7 statement supporting the Paris climate agreement at the end of the tense summit.

Carney partook in Canada’s expert panel on sustainable finance, which met this spring at an event hosted by McKenna and Finance Minister Bill Morneau, to talk about jump-starting the trillions of dollars in economic gains that await nations that can move to a low-carbon economy.

He is also chair of the Financial Stability Board, which organized a task force on climate-related financial disclosures led by former New York City mayor and current UN special envoy for climate action Michael Bloomberg, that developed tools companies can use to give climate-related details to investors and others.

In April, Canadian securities regulators unveiled the results of a year-long investigation that found nearly half of companies investigated were only disclosing "boilerplate" data or nothing at all.

The group will also have the opportunity to tackle the 2016 G7 commitment to phase out “inefficient fossil fuel subsidies” by 2025. That did not directly come up in the 2017 G7 communique, although it said leaders would “push for the removal of all trade-distorting practices” including “subsidies."

This past June, the language was further watered down, with leaders promising to "strive to reduce" subsidies instead of pushing for their removal.

A 2017 federal auditor general report found that Canada's fossil fuel subsidies hadn't been properly defined or studied by the government, and had only been partially addressed in federal legislation.

Canada said in June it would engage in a joint study to unveil exactly how much it is subsidizing its fossil fuel industry.

Pushing for the rulebook

The Halifax meeting will also feature a day called Healthy Oceans, Seas, and Resilient Communities, where ministers will discuss how to move forward on tackling plastics and ocean waste.

Earlier this week, European Environment Commissioner Karmenu Vella told National Observer in an interview that people on Earth are taking oceans for granted, by not recognizing how fragile they are and the important role they play when it comes to stabilizing the climate and promoting food security.

Participants at the G7 meetings will also touch on several hot-button issues like the transition off fossil fuels, offshore energy development and gender equality in the energy sector.

The G7 has a monumental task at hand: figuring out how to move toward with implementing the specific rules underpinning the Paris agreement — what’s being called the Paris “rulebook” — by the time of the upcoming UN climate talks this December in Poland.

Nations like Germany with its the coal industry, and Canada with its oil and gas industry, are walking a tightrope trying to decarbonize while looking out for workers and communities in fossil fuel industries. Their governments are also fighting back movements that vilify pricing pollution.

While the Paris agreement was the first major climate treaty to achieve significant global buy-in, it was due to its flexibility in allowing nations to stick to their own targets. This approach isn't delivering the carbon pollution cuts needed, so countries need to bolster commitments.

"We cannot allow Katowice to remind us of Copenhagen," said UN Secretary-General António Guterres in a major Sept. 10 speech on climate. Katowice is the Polish city hosting the talks, and Copenhagen, Denmark was the site of UN climate talks in 2009 that were seen to have been thrown into disarray.

McKenna, who has spoken for months about the need to land the rulebook, called it the "top priority."

“One of the big things I want to be doing with my G7 partners, as well as outreach countries that are coming, is talking about how we need to advance action so we can land the Paris agreement rulebook this year,” she said. “We want that to happen in Poland. So we need to push at a political level, because I think it’s going to be quite challenging.”

The minister said Canada will also be hosting observer nations such as Argentina, South Africa and Marshall Islands. “Our focus is on broadening the G7, so it’s not just seven of the largest economies in the world, it’s also reaching other countries,” she said.

Canada will also be focusing on adaptation and resilience for developing countries McKenna says have been “ravaged” by climate change — hit by hurricanes, heat waves, droughts and floods, or in danger of being swamped by rising seas.

“We need to be supporting them, and as they build back, helping them develop cleaner sources of energy,” said McKenna.