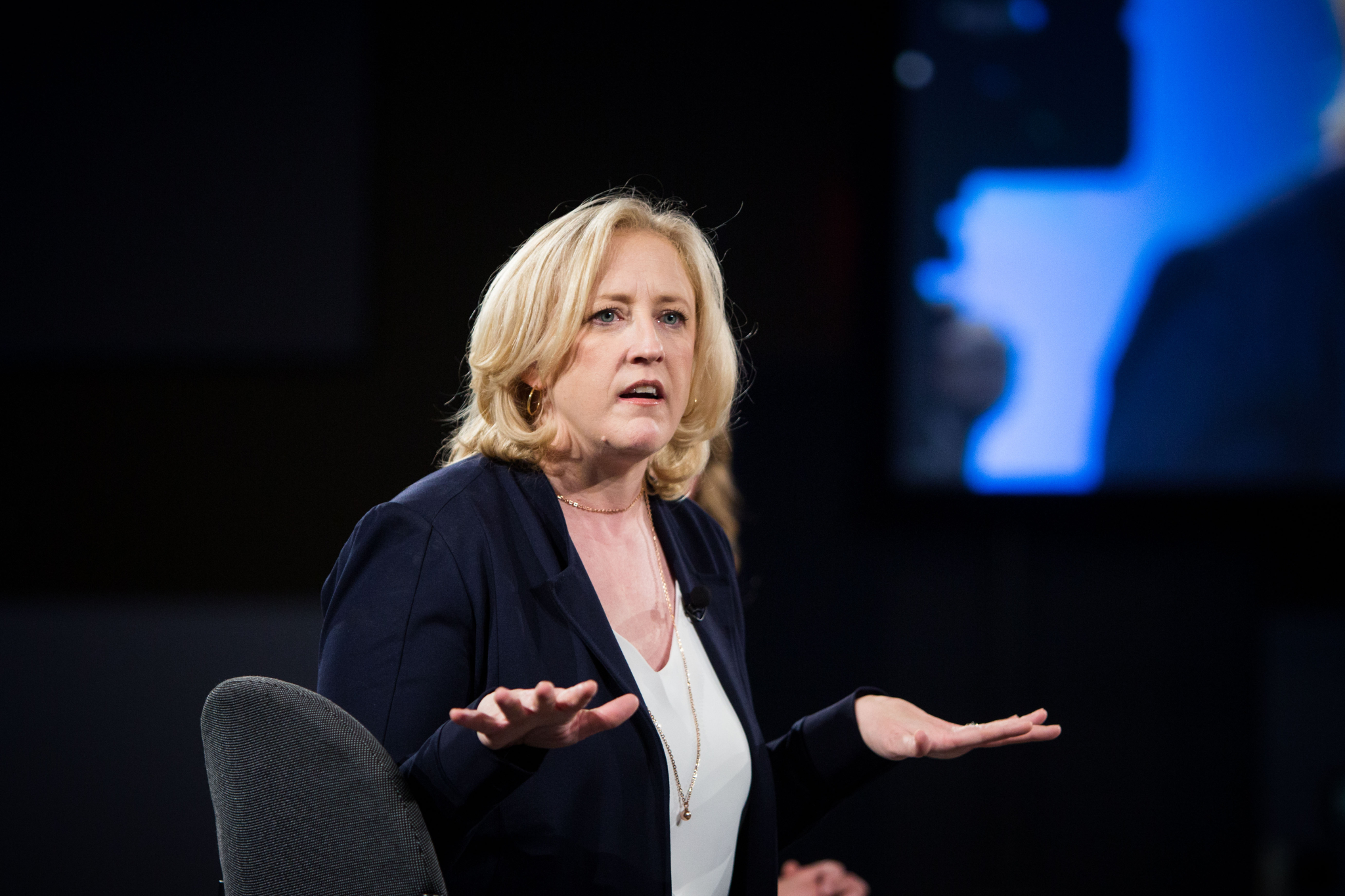 Conservative MP Lisa Raitt speaks on a panel at the Manning Networking Conference in Ottawa on Feb. 9, 2018. File photo by Alex Tétreault
Previous story
Next story

After following the evolution of the Energy East pipeline project proposal for years, I thought I had documented a large part of this epic political saga.

But then I read Jacques Poitras’s riveting account of the story in his new book, Pipe Dreams: The Fight for Canada's Energy Future.

SPOILER ALERT: As most of you may know by now, this story ended with a thud in September 2017, when the Calgary-based energy company TransCanada Corp. terminated the multibillion dollar project.

The journey that led to this spectacular project's failure is a fascinating tale. Poitras was able to tell it by travelling along the route and speaking to a wide-ranging cast of characters, including politicians, industry executives, First Nations leaders, labour union representatives, supporters and opponents of the pipeline.

I also happen to be one of the characters in this book, as the journalist who investigated what was going on in the backrooms and corridors of power as the federal regulator attempted to review the project, but botched the job.

If it had been completed, Energy East would have allowed up to 1.1 million barrels of bitumen and other petroleum products to flow every day between Alberta and a terminal in New Brunswick. Some of the products could have been processed at an Irving Oil refinery in Saint John, N.B. while most of it was destined for export on tankers overseas.

Peter Watson, the chief executive of the federal regulator, the National Energy Board, and other members helped derail the public hearings when they agreed to a series of private meetings with stakeholders in January 2015, including a representative of the company, former Quebec premier Jean Charest. Two of the members were on a federal panel, with powers of a federal court. In this role, they were supposed to handle all of their dealings with stakeholders in public, but instead discussed issues in secret with Charest and others.

Both of these members, Lyne Mercier and Jacques Gauthier, were actually slated to retire from the board, but their terms were extended by the former Harper government right before it lost the 2015 election to Prime Minister Justin Trudeau's Liberals, Poitras wrote.

What was going on behind the scenes as the Energy East pipeline rose and fell? @mikedesouza reviews Pipe Dreams, a new book from @PoitrasBook – join their conversation in #Ottawa on Oct. 4. #cdnpoli #pipelines #oilandgas #cdnmedia

"Getting appointments through the process is long and difficult, and Liberals notoriously — I'm not going to say 'Liberals' because we never thought we were going to lose," former Harper cabinet minister Lisa Raitt told Poitras in the book. "We assumed we were going to win, so 'Let's put in place the appointments that we would normally do anyway' and continue on as business as normal when you pick it up on the other end."

Watson, Mercier and Gauthier, along with fellow panel member Roland George, were later forced to recuse themselves from further dealings with Energy East, although Mercier was later appointed to preside over the new process for another botched pipeline review of the Trans Mountain expansion project.

Raitt, the Conservative MP for the Ontario riding of Milton, told Poitras that she agreed the board members made a mistake with Energy East.

"The NEB is there to make sure they do everything legally, by the book," she said. "If I were the minister in charge, I would read them the riot act."

Poitras, an award-winning author who is known for his investigations of the Irving family empire, took time off from his day job as a provincial affairs reporter for the CBC in New Brunswick to research and write this book, explaining how politics, the energy market and the economics of the energy industry factored into TransCanada's decision to abandon its plans.

Apart from interviews with ex-politicians such as former Alberta premier Alison Redford and former Quebec premier Pauline Marois, Poitras recounted a series of incidents going on behind the scenes and in communities affected by the proposal. There was a leader from one First Nation, Chief Elsie Jack of Carry the Kettle First Nation, who was prepared to support Energy East until a devastating oil spill from a relatively new Husky pipeline struck Saskatchewan threatened the water supply for thousands in the province.

There were also union leaders, including some from the oil refining industry in Montreal that expressed support for Energy East. His book also included some unusual commentary from a Manitoba oil executive, Ken Neufeld, the CEO of Tundra Oil, who appears to flirt with the idea that humans aren’t causing climate change — despite overwhelming scientific evidence that this is actually happening.

Pipe Dreams also offers some fascinating insight into how the project was viewed in Quebec, a province that is often portrayed in the media as being dead set against pipelines, oil and gas.

In fact, Poitras notes that, soon after the project was proposed, there were clear tensions and debate within Marois’s Parti Québécois government.

While some in the population might have wanted the government to block things outright, Marois’s former environment minister, Yves-François Blanchet said that wouldn’t necessarily have been the case.

“But your job as environment minister is not to block everything that moves,” he told Poitras.

Blanchet, himself, landed in the job of environment minister after a series of leaks and controversies forced out his predecessor, Daniel Breton, an environmentalist and fierce opponent of the oil industry.

The former premier herself said she always had doubts about the project, even though a lot of media coverage at the time suggested she was going to endorse Energy East.

Her finance minister, Nicolas Marceau, may have been one of the pipeline hawks, saying that western oil was going to come to Quebec and New Brunswick “one way or another, so a pipeline is inevitable,” Poitras wrote.

Marois suggested that her own cabinet couldn’t reach a consensus.

“Yes, some were favourable” to Energy East, “but I remember the debates we had, and others were fiercely opposed… There were tense debates,” she told Poitras in the book.

Quebec is also, of course, the province that protested angrily as the federal regulator came to town to stage public hearings in Montreal at the end of the summer of 2016. Members and staff from the regulator were subsequently sent packing by boisterous protesters who ran around the room and chanted until they were removed by police.

Another surprise for most who followed the debate popped up in Quebec's largest metropolitan area. Not every municipal leader in the Montreal area backed a declaration by the metropolitan region as then-mayor Denis Coderre announced their collective opposition to the project, Poitras revealed.

And as some characters in the book suggest the pipeline project could draw inspiration from Canada’s railways, Poitras reminded readers about what this actually means in terms of the country’s history of human rights abuses and corruption which accompanied this construction.

The ongoing debates about carbon pricing, pipelines, fossil fuel subsidies and public debt also emerge in interesting ways as the book explores the costs of Saskatchewan’s multibillion dollar adventure into carbon capture and storage technology, designed to bury pollution from coal-fired generation in the ground.

With Canada’s energy wars, climate policies and clean economic future all hanging in the balance, Poitras’s book provides a roadmap that might just foreshadow where Canada’s society and economy is going to wind up next.

Join Jacques Poitras and Mike De Souza for an exclusive book launch and chat about Pipe Dreams in Ottawa on Oct. 4, 2018.

"idea that humans aren’t causing climate change — despite overwhelming scientific evidence that this is actually happening."

Don't go outside much?

Don't go outside much?

And to think that fossil fool

And to think that fossil fool Trudeau has allowed the disgraced Lyne Mercier to serve as one of the 3 NEB panelists for the Federal Court of Appeal ordered redo of the Trans Mountain Pipe Dream review. Perhaps the beginning of a sequel?

There never has been any plan

There never has been any plan to process any of the dilbit in the Maritimes for our use. Where was the link between the export terminal and plan to upgrade the local refinery? Local fishermen were told they didn't have standing, and their concerns were not heard. Once the dilbit is on board the tankers the producing province's arent liable and don't give a rats ass about what happens to it. One dilbit spill and 20-30 thousand fisheries jobs could be permanently lost. These are good sustainable jobs. Deckhand on a lobster boat can make $100k a year